Among the appliances shown the visiting chiefs by the Boston fire department at the recent convention of the Massachusetts State Firemen’s association, none proved more interesting than a practical working test of the electric hose signals now used in Boston. Engine No. 25 connected to a hydrant, near its house, on Fort Hill square, and 400 feet of hose were used—the line extending across the square and leaving an open space for the play-out. Chief Cheswell, standing near the pipe, gave the orders to the hoseman, who in turn communicated them to the emrine through the hose. The first signal was for “Water!” and it brought the stream instantly. “More water!” ordered the chief, and the hoseman. by pressing the button, sent the order to the engineer, who immediately increased the pressure. “Now, less water!” and this in turn was followed by a decreased stream. “Emoty line!” saw the water off and the hose flatten out as the water was drawn out at the engine. Various orders succeeded in turn. “Play away!” “Less water!” etc., for nearly half an hour, when the final order, “Make up!” was given, and the firemen uncoupled the hose from the engine and piled it on the wagon.

Expressions of approval were heard on all sides, and the Boston fire deoartment was congratulated on having such a valuable auxiliary for saving time in transmitting orders at fires where every moment counts. 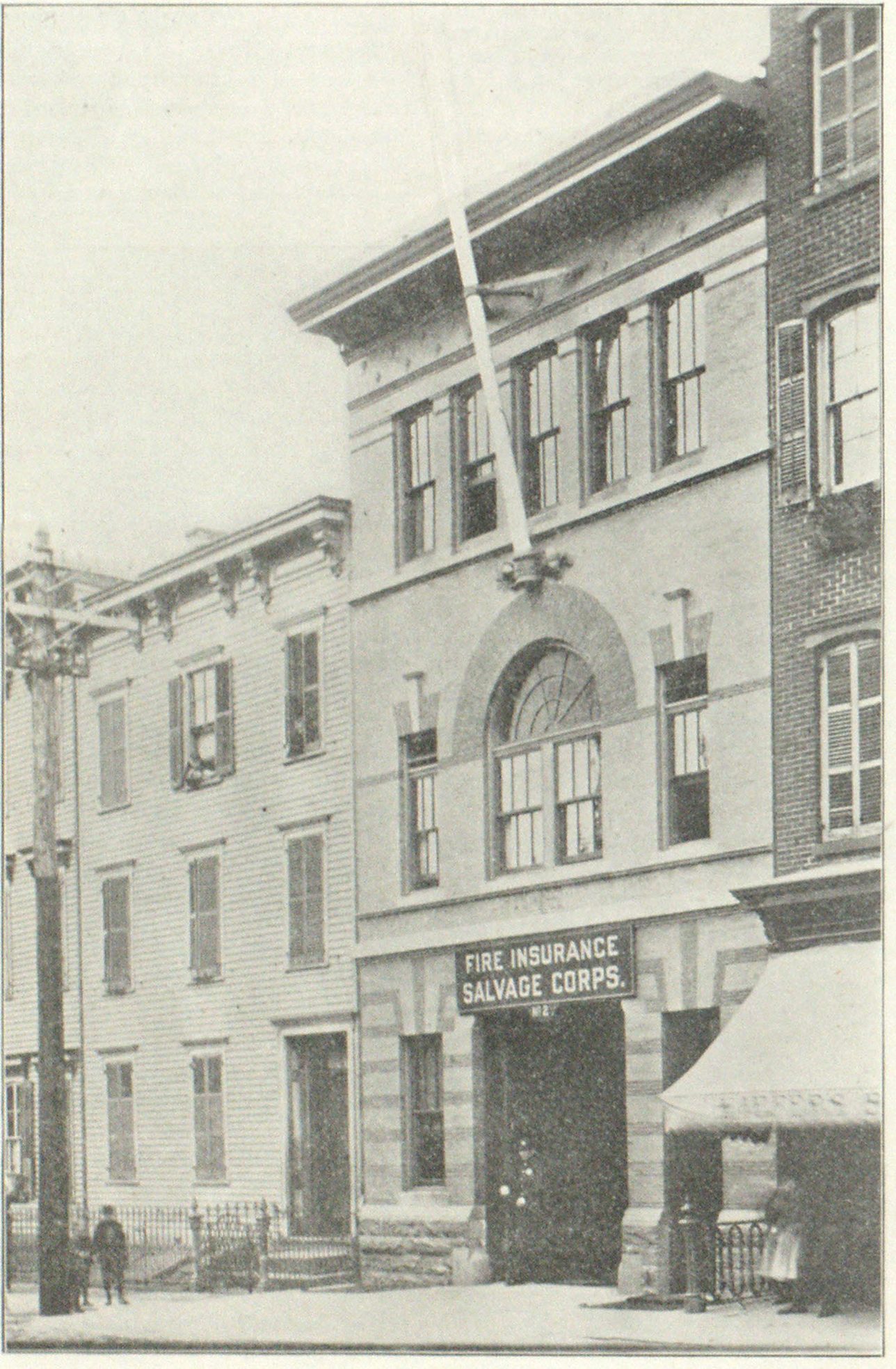 Every fire engineer in the country can recall instance after instance when the ability to signal inspontaneously to some one or more of his engines at fires would have proved of great value. Until the National Electric Hose Signal company perfected its system this bus been impossible, but it is now available for every department that wishes to adopt the system. The arrangement consists of a small dry battery and bell attached to the engine, and wired to the engine outlets, which are equipped for electricity. Each coupling is also equipped and connected to wires running through the hose. These wires are protected from water inside and wear and tear outside, and allow for the elongation of the hose when full of water under pressure Even should a coupling be blown off, or a hose burst, there is no interruption of the communication. At Mis farther end of the line a short coupling, with a pushbutton, is used—completing the circuit. This avoids the necessity of carrying “loaded” hose up several flights of stairs or a ladder, orsending a man back with instructions, as the hose can be dragged empty to the seat of the fire, and water will instantly follow the proper signal. In the same way, the officer in charge of the play pipe, by a prearranged code, can signal for more or less water, “Shut down,” “Make up,” etc., as necessity requires. For first water and in shifting hose it is especially invaluable. For the latter the pipetuan gives a 3-1 ring, “Empty line,” on which the hose is rapidly moved empty to where it is needed, and two short rings, “Play away,” bring the water again—the whole operation requiring only a fraction of the time or labor formerly required to do it Then again; should the men in the building be in danger, assistance can be summoned from the street, or their comrades apprised of their peril. This system does away with the delay occasioned by having to send men back with orders and avoids confusion at the engine, as the engineer receives instructions direct from the proper officer, as it were by telephone. It spares the equipment by taking the strain off both engine and,hose, instead of increasing the strain by shutting off water ot the nozzle, while the engine is pumping, and the company justly claims, will than pay its cost each year in saving of repairs alone. Underwriters approve of “electric hose,” as they see the possibility of reducing the water damage, which .on valuable lines of goods often amounts to more than that done, by the fire, and,no doubt chief engineers and commissioners will appreciate the great advanttagc of direct and instantaneous communication between those in charge of the fire and the engines.

From the success with which the company has met from the start it is reasonable to predict it will be only a question of time before this or some similar system will be universally adopted throughout the country.

These signals, it may be added, are no experiment, hut have been used for nearly three years by one of the largest fire departments of the country.