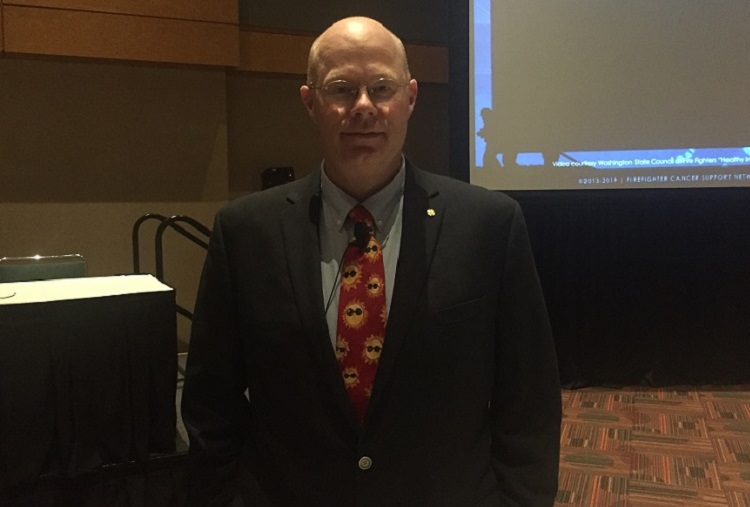 Osgood, also a member of the Firefighter Cancer Support Network, conducted this four-hour train-the-trainer class aimed at providing cancer awareness through the most up-to-date background knowledge and materials that fire service members can bring back to their stations.

Here, Osgood talks about the nature of nanoparticles coming off of fire gear, managing diesel exhaust in the apparatus bay, and reducing skin exposure to dangerous particulates on the fireground:

“I think we need to focus on the tools that will help us prevent cancer, both on and off the job,” Osgood said.

“Cancer is a real issue among firefighters. Members need a program like this that addresses every aspect of the issue, from causation to prevention and how to support someone if they are diagnosed.” 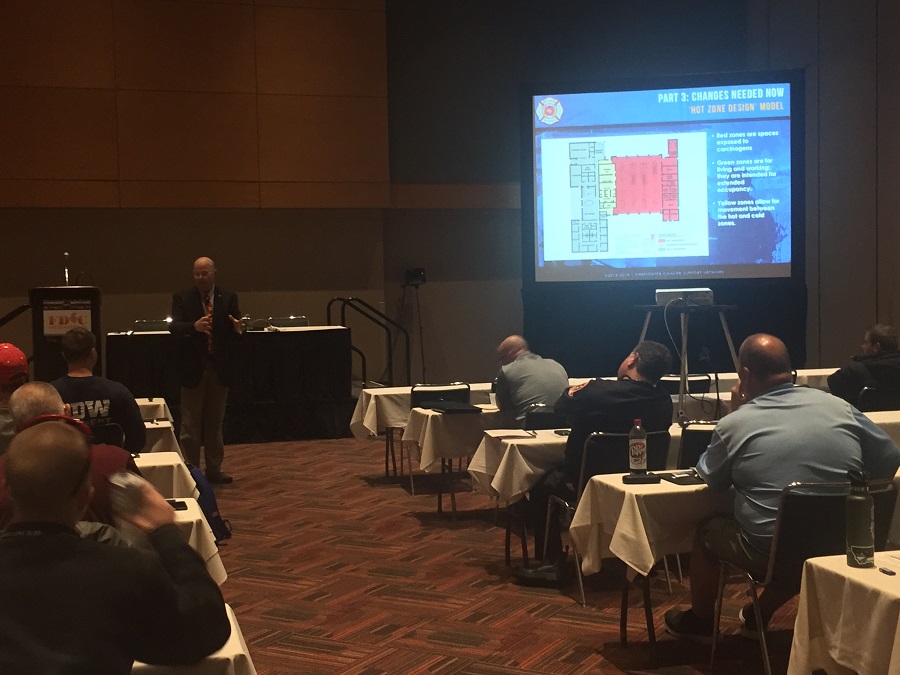 “I first came to have an interest in the cancer issue after losing two good friends to cancer. They were both young, had been on the job for 10 years, and had families,” Osgood said. “It was a difficult time for our department, and I wanted to make a difference for them.”

Here, Osgood talks about cross contamination exposure firefighters face after coming out of a fire and how they should remove their personal protective equipment, with an emphasis on the particulate hood:

He continued, “I get so many positive responses, but once in a while I have naysayers and those who won’t change, but the fire service is taking this issue seriously. For the most part, the responses are thankful.”

“Prevention is key, both on the fireground and in the station, as well as personally with our health.”

Here, Osgood talks about gross decontamination after returning to the firehouse from a call. Topics include the proper showering methods and whether saunas are a proper method of decon:

Osgood concluded, “This is my third FDIC. I am looking forward to meeting old friends and making new ones while learning from those brothers and sisters in the know. “ 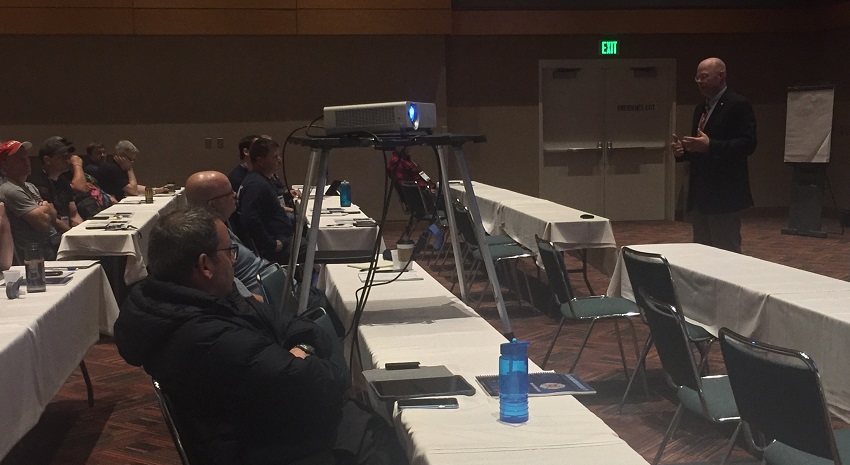 Derek Rosenfeld is an associate editor for Fire Engineering. He has a BA in Communications: Writing from Ramapo College in Mahwah, New Jersey.