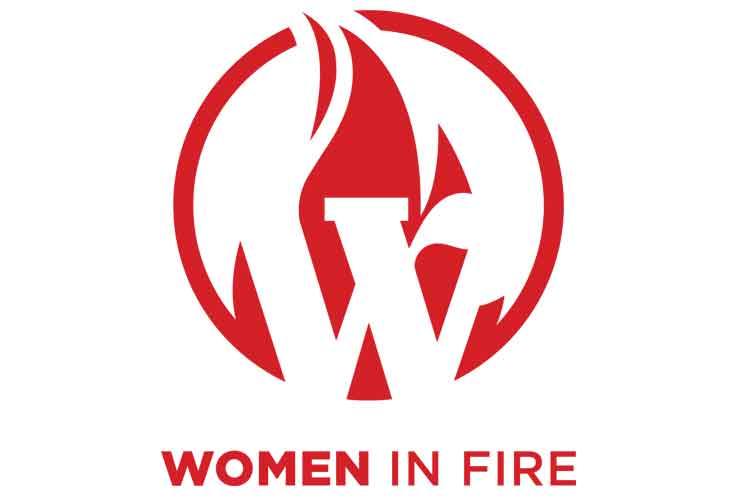 Oct. 3—Just 8% of full-time firefighters in the United States are women, according to a 2018 report by the National Fire Protection Association. Of the large volunteer firefighter forces in the U.S., 11% are women.

Fire agencies in the Spokane area are also male dominated. At the Spokane Fire Department, 11 of the approximately 326 firefighters are women. In Spokane Valley, Jannelle Britton and Sharayah Mullerleile are the only women in a department of about 180 firefighters. Fire District 3 is about 19% female, blowing away the national rate with 28 women in the agency of 148.

At Spokane County Fire District 8, there are three female career firefighters out of about 40 total firefighters. Three more women volunteer at the district.

Breaking into a male-dominated profession can be intimidating, and, once there, the path to leadership can be confusing. That’s in part why the nonprofit Women in Fire was founded. The organization brings women in the fire service together, providing international mentorship, advice, support and inspiration.

The Women in Fire conference, held every two years, serves as a rare occasion for many firefighters to train with other women. After the 2020 conference was canceled due to the COVID-19 pandemic, more than 300 women attended the event last week in Spokane.

Breaking into the profession

For more than a decade, Britton, 34, waited tables at the Davenport Hotel while exploring options for the perfect career. Her cousin was on the Spokane Valley Fire Department, and when Britton settled on getting her Emergency Medical Technician license, he encouraged her to look into firefighting.

The medical side of the profession drew her in, but she quickly became obsessed with the challenge of throwing ladders and forcing open doors.

“I’m still like, ‘You want to pay me to do this?’ ” Britton said with a grin after describing breaking down a door.

At about the same time, Mullerleile, 35, was working as a strength and conditioning coach.

She had always hoped to train law enforcement officers, firefighters and people in other tactical fields. Then one day, she took her kids to an open house at the fire department. She thought they’d enjoy trying on the gear and looking at the firetrucks, but instead they stuck by the cookie tray. Mullerleile found herself excitedly asking firefighters about their job.

One of the men asked what she did for a living, and she shared she would love to train firefighters.

“And he just said, ‘Well, have you ever thought about being one?’ ” Mullerleile recalled.

Not long after, she began training as a volunteer firefighter.

After more than a year as volunteers, both women were hired on full time. In the last year, the pair have become partners, as the only two women in the department. The men in the department have been supportive, the women added, but the special bond between the women has been invaluable during their career transitions.

The conference was the first time most women there got to train in an all -female group.

“It’s very nice to take a little bit of the testosterone out,” Mullerleile joked.

But Mullerleile said admitting your struggles while also trying to prove yourself can be tough.

“It’s just so much easier to go to your sister and be like, ‘You did that really well. What’s your secret?,’ ” she said.

Like the women from Spokane Valley, firefighting is 38-year-old Lindsey McKahan’s second career.

She spent years as a social worker, which fulfilled her love of service but didn’t let her use her athletic abilities.

Ever since she was a child, McKahan has loved athletics. From basketball in high school to the EPIC program at Eastern Washington University, she has always been up for a physical challenge. She joined Spokane County Fire District 8 in 2019.

“I was pretty honored and excited to make the transition, especially later in life,” she said.

McKahan was drawn to the team aspect of firefighting.

“I love situations that require all hands on deck,” McKahan said. “Just the camaraderie that comes with that, what you learn from it and then being able to take that and apply that to the next situation.”

A love of community drew Amanda Austin, 37, to the fire district in 2003 as a volunteer who transitioned into a career position 12 years ago. Austin is the first female career firefighter paramedic at the district.

“I’ve been really fortunate that I work with a great group of guys and a couple of other gals,” Austin said.

The camaraderie at the department was a huge draw for Austin, who, like McKahan, was drawn to helping people.

“We’re seeing people on their worst days, and hopefully we can add some reassurance and help them in their time of need,” Austin said.

It’s clear that men can get the job done and do it well, McKahan said. But women tend to offer “a different way of expressing compassion,” and that can be invaluable.

“We’re able to connect differently with the women in our community that need help,” she said. “I think it’s a wonderful thing that we’re able to provide that.”

Working together, each person brings their own perspective, McKahan said. It’s “mutually beneficial,” McKahan said, that they all can learn from each other.

Recently, Mullerleile responded to a medical call where an elderly woman needed to be taken to the hospital but didn’t have a jacket or shoes on when paramedics arrived. When asked if she would like someone to grab her a sweater, she pointed to Mullerleile and told her to go into her closet to collect her things.

Having a woman to go into her private space instead of a man made the already difficult circumstance a bit more comfortable, Mullerleile said.

Twelve years ago, Toni Washington became the fourth female African American fire chief in the United States and the first at her home agency, Decatur Fire and Rescue in Georgia.

The keynote speaker at the conference, she shared the importance of diversifying the fire service.

“We serve a diverse group of individuals … and we need to mimic the population or community we serve,” she said. “Everybody brings a different perspective to the organization and I think you can never have a lot of people with the same mindset or the same views and be successful.”

Many women in the fire service are isolated, with just one or two other women to turn to. Meeting women who have moved into leadership roles can lay the groundwork for young firefighters’ paths.

“Young women like to see themselves in these positions to understand that they can aspire to this level,” Washington said.

The conference also provides an opportunity for firefighters to let their guards down and share their struggles, she added.

“They can just be themselves here, learn, support each other and grow,” Washington said.

Fellow veteran firefighter Tracy Moore retired from the Minneapolis Fire Department in 2015 as a captain after 21 years of service.

She wanted to not only inspire future generations to enter the profession, but open up a conversation on the struggles women face when joining the profession.

Her book, “The Fire She Fights” is about to come out. At the conference, she nervously sat behind a stack of advanced copies.

Throughout the day as women came up to chat about the book, the nerves faded.

Women offered words of support, feedback and shared their personal stories, “and that’s exactly what the book is about.”

“It’s by supporting one another, and standing together, that we’re going to be more most successful in the fire service,” Moore said.

That atmosphere of support and encouragement left Britton and Mullerleile inspired late last week, and hopeful that soon more women would join them at the department.

Still, having each other for support is progress.

“Having firefighter Britton as the other female, she is so awesome and supportive,” Mullerleile said. “I’m so glad that she’s my partner in this right now until we can have a group.”