Sketch of the Alexandria Water Company and the Jewell Filter Plant.

Illustrations of the experimental filter in posit on have already appeared in this journal. In this impression are shown the section of the filter itself and the following illustrations: Main pumping station of the Alexandria Water company; residence of H. R. C. Blagdcn. chief engineer of the company, showing, also, the existing slow sand filters; boiler house, machine shop, and pumping stations of the company, and the existing slow sand filters; sand excavation made for the new sedimentation and coagulating basins of the company. The average depth of this excavation is thirty feet, and in making it an ancient Egyptian temple was discovered. The passage leading to the tombs can be seen in the illustration. 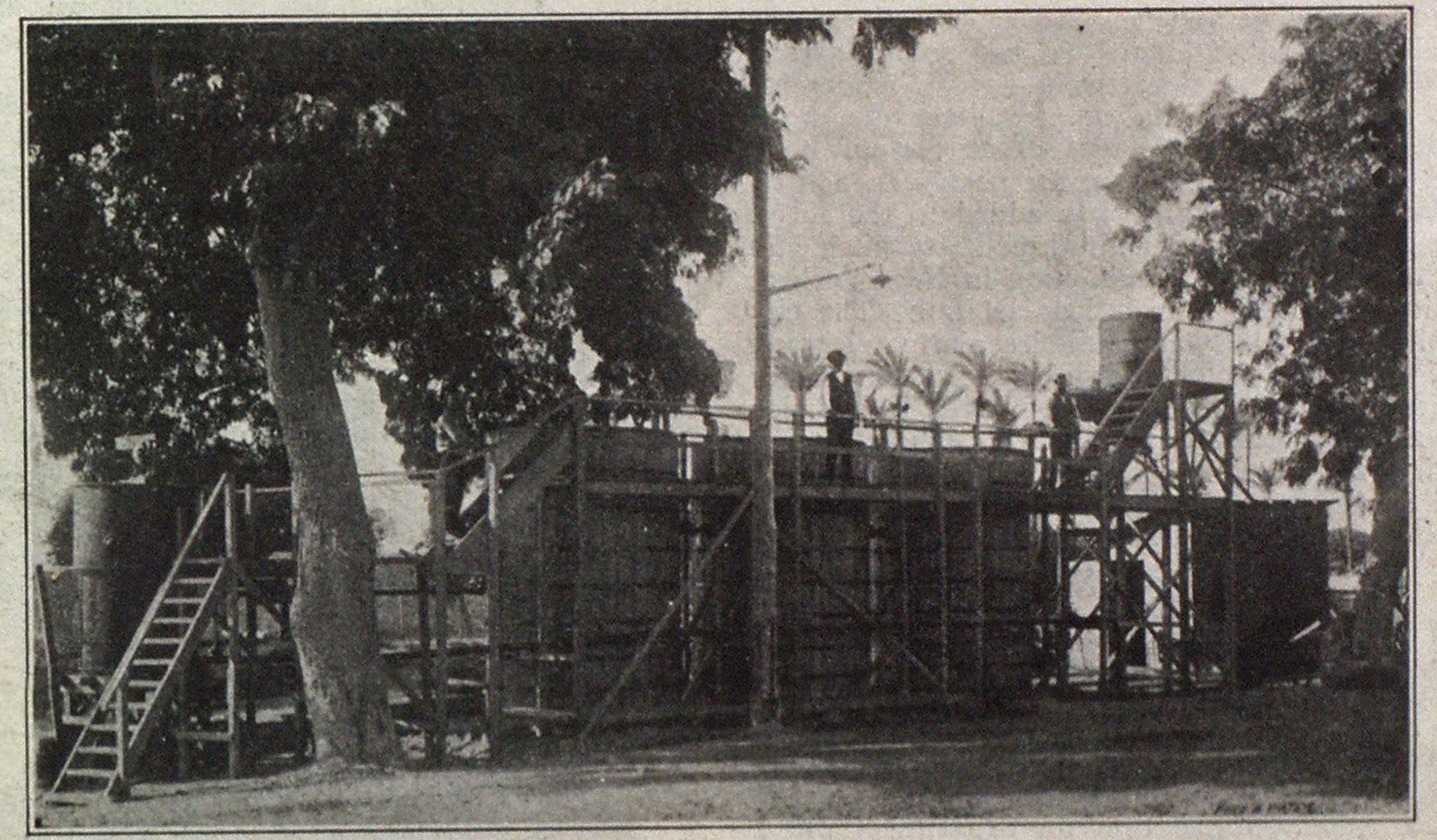 No one who has ever been even a casual visitor at Alexandria can have failed to notice the impure water which is set before him to drink. It is of such a sort as to cause no surprise that Asiatic cholera, typhoid fever, and other deadly diseases have found a home in this Egyptian city, whose water supply is derived either from the Nile, whicn by the time it reaches Alexandria has become the receptacle of the filth of every town and village on its banks, or from filthier wells, each one of which is in itself a place of culture for every species of death-breeding bacteria. Under the vigorous administration of Lord Cromer, however, the British administrator and the virtual ruler of Egypt, all this is to be changed, and the Khedive’s chief business city is to be furnished a supply of water as healthy as in the old days of Raineses, Anubis, the Sphinx, and all the worshipers of Isis, when the Nile god poured forth his silver Hoods and UKgrateful .people worshipped the blue waters as they rolled by, eagerly drinking them, devoutly performing their frequent ablutions in its waves, or pouting forth copious libations from its depths before the altars of their innumerable deities. Not that the whole river can be so regenerated today, but Injudicious and scientific treatment of its water, that can be rendered harmless and healthful as of old. That same modern enterprise, capital, and science which built the dam at Assuan and Assiut. which will serve to supply water for the irrigation of wastes that have hitherto been unprofitable, but for the future will prove a source of untold wealth to the country and its people will render the waters of the Nile free from pollution, potable, and wholesome for both native and foreigner. This task has been undertaken by the New York Continental Jewell Filtration company, which has built an experimental filter plant on the canal, views of which accompany this notice. One shows the plant itself; the other is a view from the opposite shore of the canal, showing the controler on a flight of stone steps—-a platform of wood, on which is mounted a petroleum barrel, on which rests the controler.