More
Home Leadership Fire Academy: Where and What?

Fire Academy: Where and What?

Anybody who has been reading this page down through the years should know by now that our favorite fire service gathering is the Fire Department Instructors Conference hosted annually by the Memphis Fire Department and sponsored by the Insurance Services Office. The conference has been held so many times that we are sure that in 1975 some of the grandsons of the very first attendees will be registering.

For those grandsons who might not know what the FDIC is all about, this working conference (every registrant is considered a worker) is composed of fire chiefs and training officers, fire prevention authorities, university and vocational educators, insurance engineers, industrial fire safety experts, representatives of city, state and national governments, all branches of the Armed Forces and many others involved in the field of fire protection.

If ever a group can be truly called the fire service, it is unquestionably the group that will be gathering in Memphis come March 25-28. And if ever a year can be labeled “the year of the fire service,” it is this year of 1975 which will see the implementation of the Federal Fire Prevention and Control Act of 1974 (FIREPAC).

The FDIC program planning committee gave high priority to FIREPAC at its meeting last December and, as a result, on the opening day of the conference, Dr. Joseph Clark, acting administrator of the Fire Prevention and Control Act, will answer the question “What is FIREPAC?” Following his explanation there will be a panel discussion on the “Impact of FIREPAC.”

There are many other presentations to be given at this fourday conference including the workshops. But, the FDIC is more than just presentations and workshops. The conference provides an opportunity to broaden your view of the fire service. It can turn what you think are local problems into universal problems—problems that may have already been resolved in some distant state.

At the FDIC last year there were registrants from 50 states, Canada, Guam, Iceland, Japan, the Philippines and several Latin American countries. The fact that fire chiefs in Japan and the Philippines sent members of their departments to Memphis, Tennessee, U.S. A., is an indication of the value of the FDIC. Let’s hope that the fire chiefs in the United States and Canada think the same way for 1975. 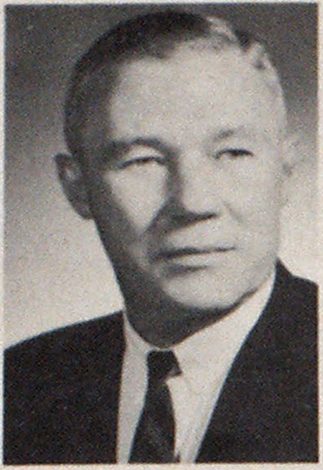 Fire Academy: Where and What?

We were down in Memphis a couple of weeks ago to attend a meeting of the program planning committee for the annual Fire Department Instructors Conference which will be held March 25-28. As usual, it was an interesting and rewarding meeting that gave us a chance to talk to some 40 top-level men in the fire service about any and all fire service matters. This year, however, the recently enacted Federal Fire Prevention and Control Act seemed to dominate those informal sessions that are part of any meeting.

Interest seemed to center on what the Senate and House conferees had in mind for a “small but excellent campus with a first-class staff and facilities.” In other words, the National Fire Academy.

There was all kinds of speculation on just where this academy would be located. Some felt, that it should be built near the seat of government—Washington. Others wanted it located near a busy big-city fire department, whose very business would provide an on-the-scene live fire laboratory that the students could “respond” to. Still others brought up the cost in money and time that it would take students to get to this academy. Their suggestion was that the campus be located in the central part of the country.

Our guess is that the National Academy will wind up somewhere not too far from the Capitol and logically so since another section of the fire control act calls for “a fire research center to be established in the National Bureau of Standards” which happens to be in Washington. To separate an academy and a research center, that are working in the same field, by a thousand or more miles just doesn’t make sense.

Thoughts concerning the location of the academy naturally turned to just who would or should be named superintendent of it. A dozen or more names popped up in our informal conversations and as far as we are concerned, all seemed acceptable since they came out of the fire service.

Please, God, see that someone in the fire fighting service gets the job.