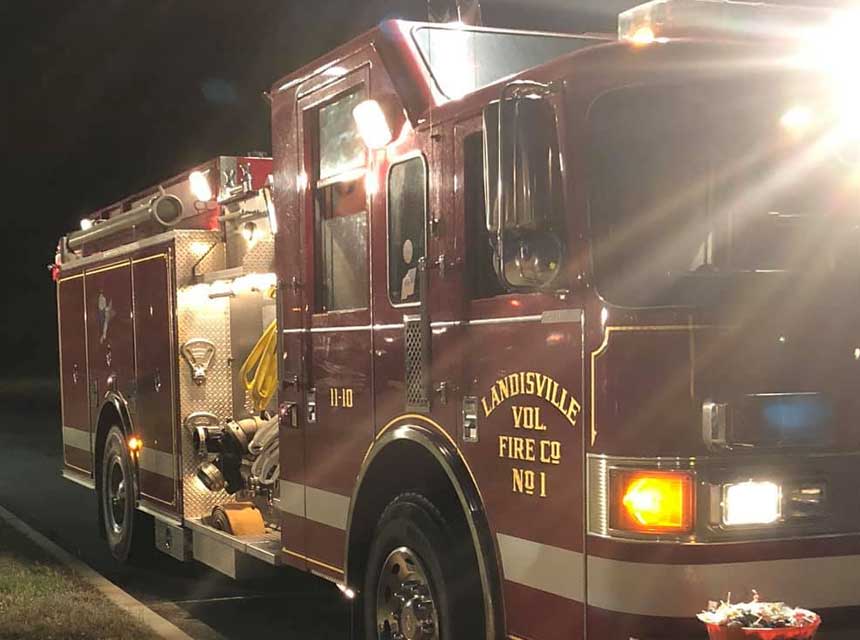 Leaders in a South Jersey community want to eliminate a local fire district and fire department because of safety issues and organizational problems and allow the borough’s other fire company to cover the entire municipality.

Buena Borough, in Atlantic County, is covered by two fire districts, one of which includes Landisville Volunteer Fire & Rescue Company and the other Minotola Volunteer Fire Company.

The borough has applied to the state to dissolve Fire District 1 and enlarge District 2 to provide fire protection services for the entire borough of 4,300 residents.

Landisville officials accuse the council of a power grab and say the problems have been addressed.

After learning of a fire department in another town that lacked proper certifications for its top fire officials, Buena Councilman Joseph A. D’Alessandro III, who has overseen public safety for the borough since January 2020, tried to ensure in April of last year that the two local companies were in compliance. Fire district 2 and Minotola fire company officials verified they were in compliance, but officials in fire district 1 did not, he said during a public presentation given to borough residents last week regarding Landisville fire department issues.

D’Alessandro provided a copy of the presentation to NJ Advance Media, but did not elaborate beyond what was included in the 112-page slideshow.

“What started as a simple request for basic information quickly became like a loose thread. Once pulled it began the unraveling of Fire District #1 and the main reason why we are here tonight,” D’Alessandro noted in the meeting remarks.

He went on to outline examples of “systemic problems” involving the fire district’s commissioners and the fire company.

While a fire company and fire district are separate entities, those lines blurred in this case, with elected fire district commissioners also serving as Landisville fire company trustees. That’s a violation of state guidelines for the operation of these groups, D’Alessandro noted.

The report cited illegal appointments of line officers who lacked qualifications to serve in top roles in the fire department, along with improper efforts to replace a fire chief in 2020.

A now-former member of the Landisville company, Brian Rowan, reached out to the state last September to raise concerns about various violations, including safety issues, which prompted inspections last year.

The borough suspended Landisville operations for 90 days in December after state agencies identified 28 violations against the company. Council extended the suspension in March after finding that six violations remained unresolved.

Issues described in the borough presentation included expired CPR certifications for all but one active department member and a third of members had not been fit-tested for respirator gear. Fire company officials claimed firefighters were exempt from fit testing for breathing equipment because of the COVID-19 pandemic, but borough officials learned the state had never issued such an exemption.

The report cited deficient annual fire truck pump testing, describing a three-year period in which a truck water pump wasn’t tested. When the testing was ordered in July of last year, the pump failed after seven minutes.

A check of air canisters for breathing equipment revealed that all 36 air bottles the department had were expired by at least 10 months, the borough stated.

Airflow regulator tests for breathing apparatus were two years overdue and two regulators failed tests because of faulty O-rings. “A faulty regulator could result in the serious injury or death of a firefighter,” the presentation noted.

“Imagine, for a moment, a firefighter running into your house with a defective air bottle, outdated training and no CPR certification. Now imagine that firefighter getting hurt or dying on the call. In this case, I picture myself in a courtroom defending a lawsuit,” Zappariello said at the meeting. “So when these issues were discovered, this governing body could not turn a blind eye because of history, because of tradition, because of who was in charge or based on promises that it would soon get fixed.

“We had a fiduciary, and more importantly, a legal responsibility to make things right, even if that meant removing the chronic problem altogether.”

Borough leaders and Minotola officials have repeatedly offered to assist Landisville with addressing its violations, but those offers were never accepted, they said.

Minotola has been covering the Landisville company’s calls during the suspension.

In challenging claims that eliminating the fire district will mean a tax increase, borough council said a single fire district will produce a tax savings. While each fire district currently has a separate tax rate, the new borough-wide rate would be lower, with an estimated annual savings of $102,684, according to an analysis included in the presentation.

Rowan resigned from the company in December after 11 years, citing retaliation after going public with his concerns and ongoing mayhem in the organization.

He doesn’t see how the Landisville company can continue without leadership changes among long-serving fire district commissioners.

Current Landisville Fire Chief Ken Barbagli, who was named to the post in January, said the department hustled under his leadership to address the violations and bring the department into compliance.

While the borough claims six state Department of Health violations remain, Barbagli insisted all were addressed and that they are only waiting on the state to visit June 11 to sign off on the fixes.

As for violations involving fire commissioners serving with the fire department, that issue was also corrected once they became aware of regulations, he said. “We are two different entities now.”

He called the claim that the borough had offered to help Landisville untrue.

The chief said he invited borough leaders to meet with him so he could share their progress, but was told that legal counsel for Buena advised against such a meeting.

“Why don’t you try helping the fire department instead of dissolving it,” he said. “They’re not willing to listen at all. They have an agenda.”

He believes the shutdown is a power grab and questioned whether the borough’s remaining fire company can handle the job of covering all of Buena.

“We need each other to protect this borough. There’s a lot of people in this borough and a lot of homes. How do you know Minotola’s guys are going to be able to handle all of this?”

Barbagli blamed the inspection lapses on some members of the fire company’s “previous administration,” who should have worked to get the problems resolved in the first place.

He says they lied about trying to get issues corrected before going to the state.

“Those who called out the issues should have been resolving the issues,” he said.

In defending his claim that he and others had tried to resolve matters internally before going to the state last September, Rowan shared an email from March 2020 that was sent by an assistant chief to the then-chief highlighting many of the concerns.

After months without action by fire commissioners and the chief, Rowan felt he had to speak up and noted that all of his claims have been substantiated.

“You had a group of guys that had been there at least a decade that were trying to do the right thing,” Rowan said. “Nobody wanted to see this fire company close. The easy thing to do would be to wash your hands and walk away from it, but what happens if somebody gets hurt. Are you able to live with that.”

Matt Gray may be reached at mgray@njadvancemedia.com.