The report of the Are department of Brockton, Mass., states that during the past year there were 305 alarms,of which thirty were still, and twenty-eight were “ reported (no alarm).” The estimated value of property where Are occurred, including buildings and contents, was $3,173,489.59 ; insurance. $2,515,927; loss, $33,749.72; insurance paid, $42,378.83 The department traveled 1,137 aud three-quarter miles, laid 19,250 feet of two and one-half-inch hose; used 22,050 of chemical; raised 1,446 feet of ladders; used 150 tanks of chemicals and seventy-three pony chemicals and 8,029 gallons of chemicals; time of service at Ares 200 hours and nineteen minutes. Acting Chief Charles Locke McCann died on June 12, 1900, from effects of injuries received in the line of duty on May 31. Chief Marston pays a deservedly high tribute to his memory. The recommendations made by Chief Marston are: The assistant chief’s office to be made permanent; more permanent men to be added to the establishment; a new hook and ladder station to be built to protect the north end of the city; better protection furnished the west side, including the heights; pay of permanent captains to be increased, and a salary to be established for permanent lieutenants; firemen to be pensioned; more hydrants in the business portion of the city to be furnished with independent gates; the sale and storage of explosives to be regulated by an ordinance; an ordinance to be passed regulating the blocking of hydrants and fire alarm boxes, and the opening or blocking of streets; the organizing of a protective department; more hose to be purchased; the apparatus to be equipped with rubber tires; the burying of the fire and police alarm wires at once, and of all others as soon as possible; the change of the fire alarm system from six to ten circuits, a new repeater to be procured, more battery, more room, more boxes, more tappers for the call men in their homes and in the factories where they work. 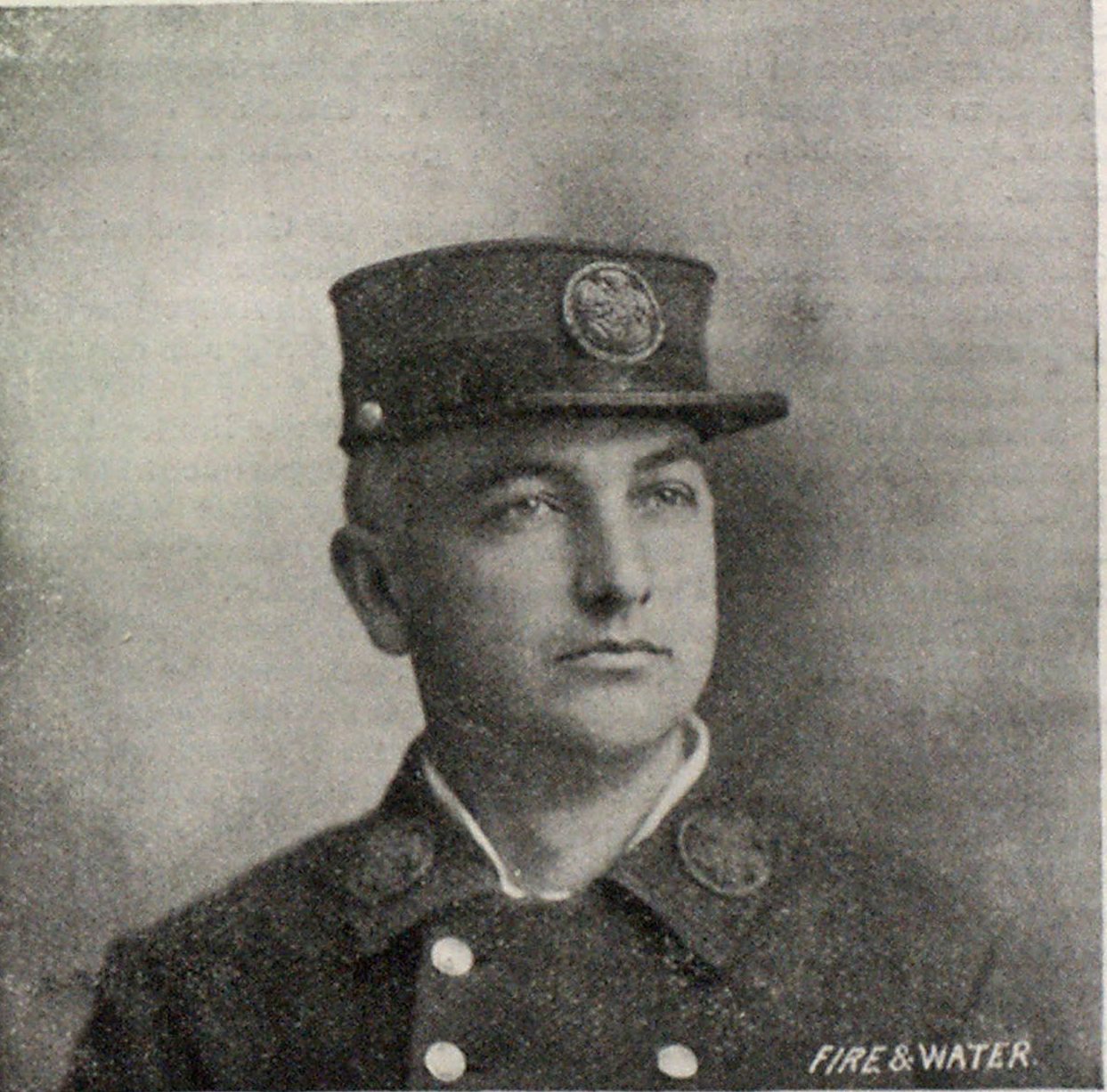 Chief Harry L. Marston, of the fire department of Brockton. Mass., reports 160 alarms and fires, as follows: First alarms, fifty-four; second, one; telephone alarms, thirty-one; still alarms, twenty-three; fires reported, twenty-eight. The highest number of alarms (thirty-two) was in April; the lowest (five, in September. Estimated value of property where fires have occurred; including buildings and contents, $1,842,425; insurance on the same, $1,359,675; loss on the same, $65,755 25; insurance paid on same, $87,416.36. During 1897 the department made 1,508 inspections of premises, chiefly occupied for business purposes, the result of which was beneficial at least to the firemen, who thus became thoroughly familiar with the buildings, and, in case of fire, can thus do better work. Chief Marston thinks it would pay the city if more men could be employed on that service. He recommends that the first assistant chief be made a permanent officer; that more men be added to the permanent force—at least one to eacn station; that officers in the call force should receive an addition to their salary; that a salary should be made for permanent lieutenants; that a new station should be built; and that another should either be extensively repaired, or a new one built on the site; that at least 1 500 feet of new hose be bought, and four horses. The Firemen’s Relief Association paid out in benefits last year $304.73, and since its formation has paid out $4,353.35. The association has been largely supported by the liberality of the citizens—the dues from members being a small part of the contributions—who have always been willing to contribute when money was needed.