On July 5, 1907, the planing mill of W. C. Edwards was burned, and sundry curbstone critics raised the cry that the fire should have been confined to the planing mill, whereas, after destroying the mill yard and other property, it destroyed a wooden building on the Blackburn property and gutted a stone building with a tin roof. An investigation was held before Judge Gunn, at which Chief Provost and his men were exonerated from all blame. It was decided by the judge that the spread i f the fire and the ultimate destruction of the mill yard were unavoidable, and that tlutwo other buildings already referred to were “in dangerous proximity to the flames.” The decision further stated that the “streams obtained from the hydrantpressure at no time were effective to cope with the fire; that Deputy Chief Latimer was quite justified in placing and maintaining the first engine on the Stanley American hydrant; and the action of the chief in placing tbe other engines, one at the Rideau river, the other on the Sus sex street hydrant, as he did on their arrival, was fully warranted by the circumstances, and the management and efficiency of the methods and plans adopted and the course pursued in fighting, or endeavoring to suppress the fire are not open to objection. It was, however, extremely fortunate that the error in not sounding the fire-alarm from station No. 6 was redeemed by giving it from box 61. and that tbe ‘stray blow’ was rendered ineffective, because of the efficiency of the methods and plans adopted by the brigade. * * * The evidence does not sustain or warrant any objections to the management of the fire and the efficiency of the plans and methods adopted and course pursued for its suppression. There is. therefore, nothing further that I can usefully add.” The decision also referred to the “commendable promptness of Capt. Taylor and his men from No. 6 station,” and Judge Gunn did not think “any material advantage would have been gained by placing an engine on the Mansfield wharf.” When the above decision was placed before the counsel bv tbe mayor, an alderman suggested it would be “proper now to increase Chief Provost’s salary as some of the aldermen had proposed.” The investigation cost about $800. Chief Provost’s expenses for counsel for himself amounted to $250. It is not probable that the council will allow him to pay that out of bis own pocket, as the investigation was proved to be unnecessary.—East Ottawa council has determined to do more for its recently reorganised fire brigade. It will now be thoroughly equiped with additional rubber boots, lanterns, hose and sleigh. The firehouse will also be repaired and enlarged, and at some future period from $700 to $1,000 will be laid out in the instal.ation of a new fire-alarm system. 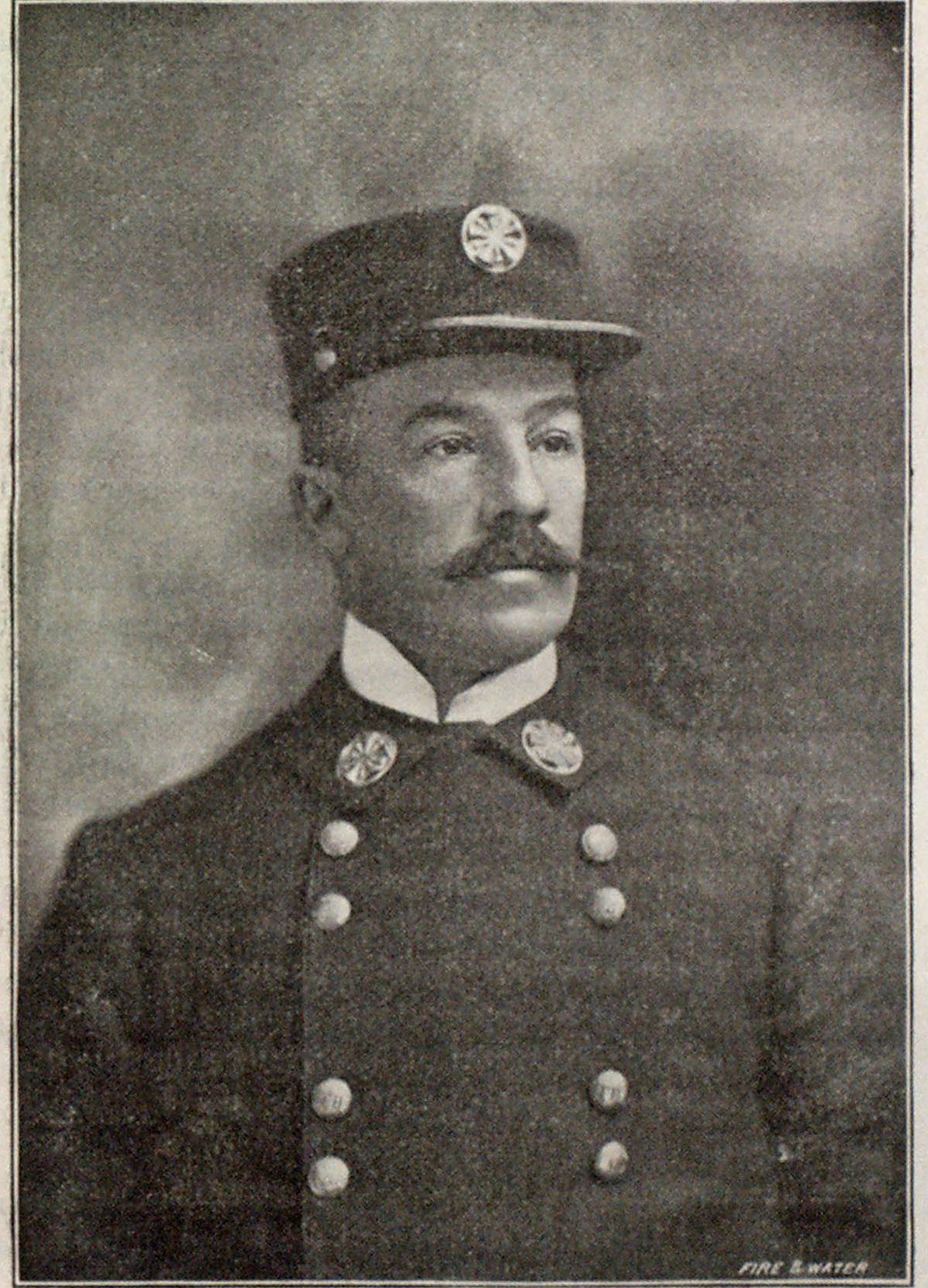 (Special correspondence of FIRE AND WATER.)

Our city council feels reasonably proud that Chief Provost has been elected a vice-president of the International Association of Fire Engineers and by resolution has congratulated him upon the “high honor which has been conferred upon him.” In returning thanks to the council Chief Provost said:

It afforded me not a little pleasure to have this opportunity of conferring with my fellow chiefs throughout America. I was glad to be with them at Syracuse. As is ever the case, I felt proud of the city I represented. I was the only Canadian chief present In the union of the two flags—the Union Jack and the Stars and Stripes—I was the only one to make the convention international. Only for me it would have been national. Itest assured that, in the future, as in the past, I shall do the best I can to save life and property in your citj’. We have here a city of which we should be proud. Since I assumed control of the brigade I have devoted my time almost exclusively to its management. The results speak for themselves. I do not say that it is the best in Can* ada, but I do say that it is not far behind the best. At the convention I was not alluded to as “ Mr. Provost.” but as ‘‘Canada” and “Ottawa.” I thank you for sending me there, and I hope to have the pleasure of bringing the convention here some future year.

The secretarj’ of the Canadian Fire Underwriters’ association has sent a strongly worded protest to the city clerk here on the subject of the storage of calcium carbide, being moved thereto by the establishment of the Bronson & Weston companys’ calcium carbide factory at the Clmudiere. The fire and light committee referred the matter to Commissioner Platt and the city solicitor, who say in their report that, owing to their limited knowledge of the nature of calcium carbide,

it is almost impossible to give a satisfactory report upon the subject. A great diversity of opinion exists as to the measures that should be adopted in the storage of the carbide. In some places only 150 pounds are allowed upon insured property, and in others only twenty pounds. Mr. Holland has 3,000 on his premises, and he says it is perfectly safe, and appears quite confident that no danger arises from the quantity stored, if properly kept in tin vessels hermetically sealed.

On Labor Day it was proposed that the whole fire brigade should turn out for the parade. Chief Provost advocated this on general principles and quoted Syracuse as an example, where during the convention there was an admirable turnout of the brigade. “It is well that we should occasionally show the public what we have,” said he. It was strongly opposed however, and only a part of the brigade turned out. including the La France engine, the aerial truck, and the larger wagons The old hand engine, whose destruction and sale bit by bit the aldermen opposed on sentimental grounds, followed the La France engine in the procession—typifying the Ottawa of today and the By town of forty years ago.

A big kick is being made as to the establishment by Messrs. J. & C. Low of a lumber yard, lumber shed, and sawmill on Cooper street south. It is claimed that not only is the erection of the plant a danger to adjoining residential property (thereby depreciating its value), but that it is also in direct violation of the city’s bye-laws It was argued before the fire and light committee that, although lumber yard, lumber shed, and sawmill were all plainly in evidence, still they did not constitute a lumber yard from a legal standpoint The city solicitor temporarily tided over the difficulty by suggesting that, as those offering the objection were prepared to proceed against Messrs. Low, the committee should defer action until the magistrate had disposed of the case. If a fire should break out, it would, at all events, solve the difficulty as to the dangerous properties of blazing lumber.

Tenders for three hose sleighs for winter use are being called for.