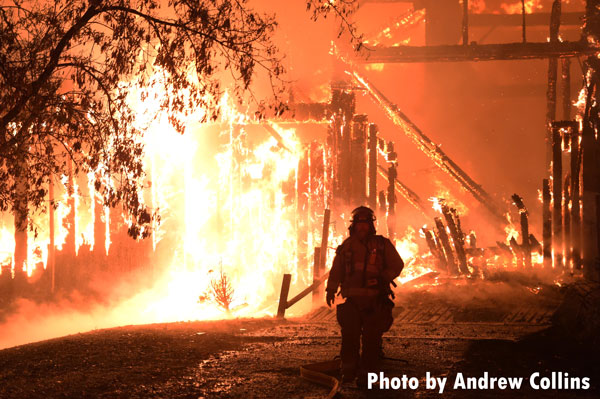 SEE PHOTOS FROM THESE FIRES >>

Firefighters responded to a series of fires in Oakville, Ontario, that police say may be the work of a serial arsonist. Fire photographer Andrew Collins shared some images from fires that took place at Bronte Provincial Park and on Dundas Street West in the Canadian town.

The Oakville Beaver reported on an October fire that raised the suspicions of the Ontario Provincial Police. The fire destroyed a large shed at Bronte Provincial Park, and was located near the remains of the century-old landmark home that burned in September.

The paper also reported on a subsequent fire in a storage barn near St. Volodymyr Cultural Centre, the sixth recent fire in Oakville.

According to Collins, police have since arrested a 28-year-old male suspect in conjunction with several of the fires.