Does it Afford Added Fire Protection? 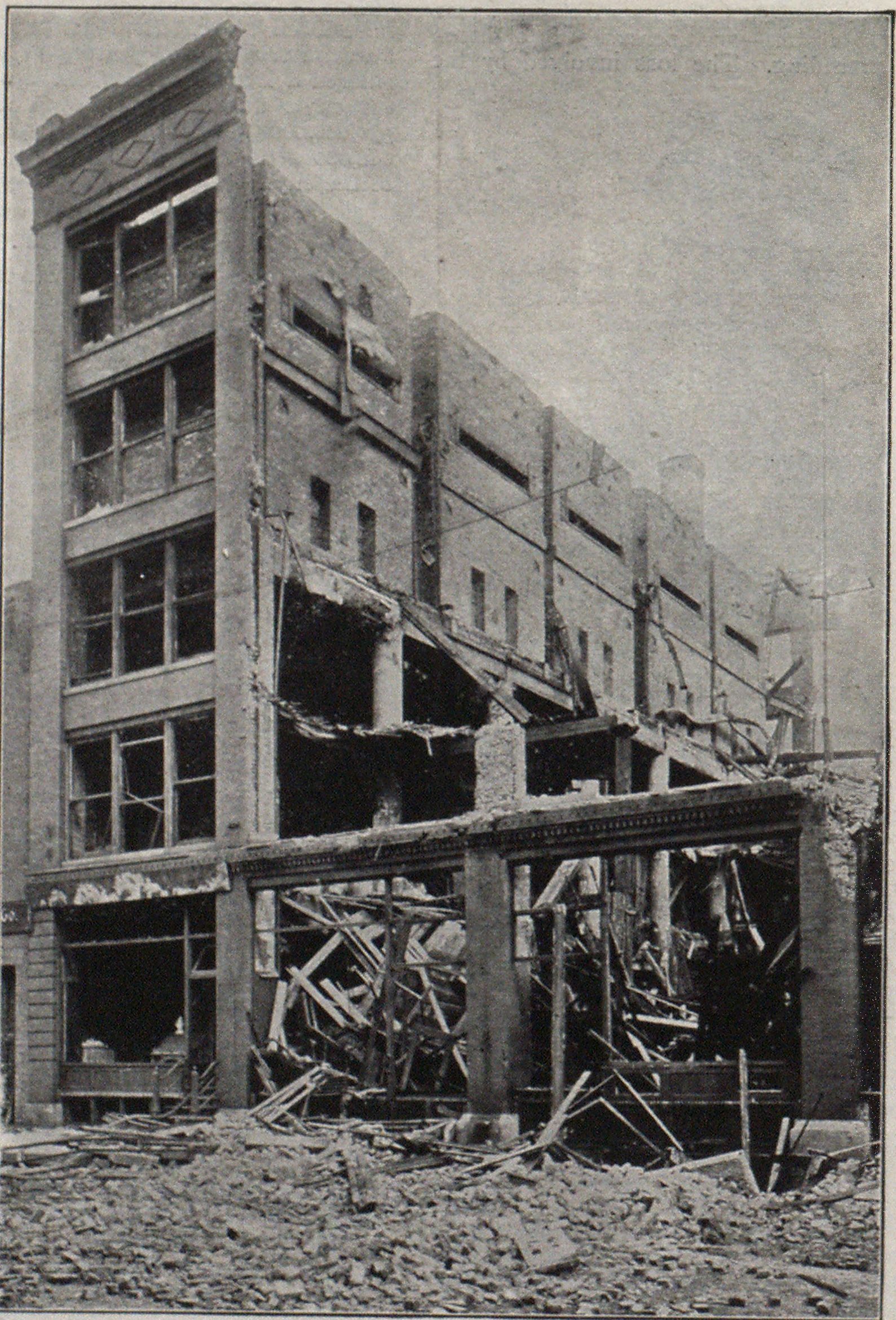 How far does fireproof construction stand the test of a fierce blaze? The question is often asked, and, as yet, no sure answer has been returned in the face of the many instances, especially in Pittsburgh and Detroit, where it seems to have proved a failure. The building shown in the accompanying illustration (reproduced by courtesy of the Insurance Press of New York) shows the ruins of a large cracker factory in a Western city after the building had been subjected to a fiery trial. The structure was four stories in height, with a basement of heavy mill construction, with the exception of the mortar under the ovens. These are of brick, fireproof construction, five in number, of brick, thirty feet high, with an area of ten by twenty feet. Their bases are at the fourth floor line; they extend through the fourth and fifth stories to the roof; and. with their framework and machinery their weight is about 200 tons each. Steel columns support them; these are three stories and basement (fifty feet) high. and have heavy steel girders at their top, on which the oven walls are built. According to our informant, the “fire had gained such headway when discovered that it was impossible to check it. The heavy trussed roof fell in; the upper three stories of the south brick wall fell outwards, and all the floors were destroyed, leaving the ovens and north wall standing. The columns and girders supporting the ovens were protected with cinder concrete, made of one part natural rock cement and four parts soft coal cinders, which fireproofing was three inches deep at the nearest approach of the metal to the air. This concrete was covered with metal lath and plastered over its entire surface with a heavy finishing coat of cement mortar.” As can be seen in the illustration, the columns are still carrying their heavy loads, and their concrete fireproofing is as good as new and unbroken, except where floor beams entered, and where the wood floor construction was supported by the steel columns at the several floor lines.

It may be added that the whole exterior of this building was of yellow pine, except where has been already noted. The fire was, consequently, a very hot one. This construction came into direct contact with the covering of columns and girders even entered it, as explained; yet the entire interior of the building was burned away, leaving the 1,000 tons of brick masonry standing high in the air. In this case at least the object lesson showed that these fireproof construction is not altogether a fiction.

IN Firefighters Respond to CO Fires: ‘It’s Kind of an Indicator...