Several years ago during a wind-driven fire test in Chicago, I met a Chicago firefighter who epitomized the fire service’s honored character: Gene Rowell. What struck me wasn’t the fact that Gene was the largest human being I have ever met; rather, it was his contagious attitude. See, common platitudes in the fire service center around family and teamwork, synonymously. We all attempt to exude, portray and foster team spirit when we come to work. But Gene’s ability to do this transcends his simply showing up to work. How? Perhaps team and family are ingrained into Gene’s way of life because he’s always been a part of one.

Those who follow sports, particularly football, may have heard of Gene. What’s more, if you followed the 1985 Chicago Bears Superbowl team, his name may ring a bell. You guessed it: Gene came into the fire department by way of the National Football League (NFL). Gene’s path from football to the Chicago Fire Department (CFD) is a humbling story of perseverance and character, and I am glad Gene is letting me introduce him to the rest of the fire service. Gene’s influence on other firefighters was paved by those who came before him both on the field and the fireground. He always talks about others’ impact on his career and character before mentioning himself. He and I recently spoke about how he got the nickname “The Giant,” and his take on professional football and firefighting. 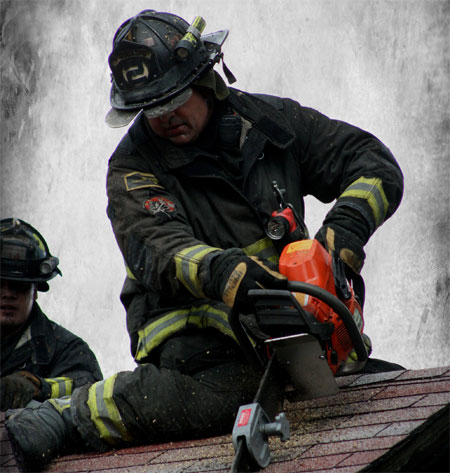 Gene graduated from the University of Dubuque and was picked up as a free-agent defensive tackle by the Seattle Seahawks in 1981. During training camp, however, Gene tore one of his calf muscles completely off. Gene then opted for some time off from playing to coach at his alma mater, Dubuque, and also did some longshoreman’s work on the docks in Houston while rehabing from his catastrophic injury. He then decided to return home to Illinois to work for his father’s electrical contracting business. Gene settled upon the electrical contracting trades and entered the apprenticeship program. However, old habits die hard. He still played football in the semi-pros during his spare time until an old coach from college called and got him a tryout for the Chicago Bears’ 1984-’85 season. Gene was subsequently signed into training camp and headed to Platteville, Wisconsin, for the summer.

Gene played defensive tackle during training camp and played in all four pre-season games. Competition was fierce that season for defensive spots on the team, particularly after the Bears signed a relatively unknown defensive lineman named William Perry. William Perry later became known as “The Refrigerator” and was one of the unforgetable cast of characters on the 1985 Superbowl team. As you could imagine, playing with guys like “The Fridge” ups the ante, and when it came down to simple numbers, Gene became the last one called into coach Mike Ditka’s office that season and was released. Not to be deterred, Gene returned to work at the family business and was called back to training camp the following season. Gene suffered yet another injury that season by breaking his hand, but he still played with the ferocity that the Bears were famous for at the time. Gene was released again at the end of camp and was called back to play yet again for a few games during the 1987 NFL strike. 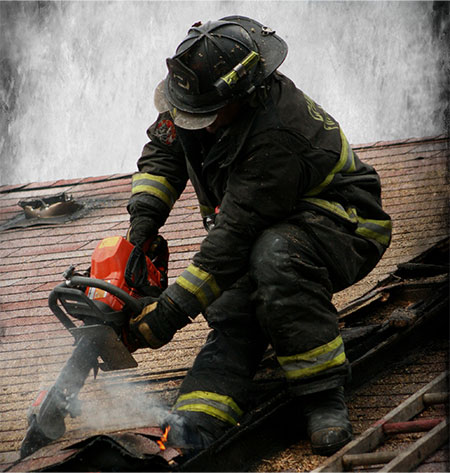 During the NFL strike, Gene continued to play football for the now defunct Chicago Bruisers in the Arena League, and still continued his electrical work. However, it was a college roomate and friend who turned him onto another career path. His friend and former college roomate became a Chicago firefighter while Gene was pursuing professional football. During visits to his friend’s firehouse, Gene began to see the parallels between pro football and firefighting. And in 1995, Gene took the CFD’s entrance exam. In 1999, Gene offically became a member of the CFD and entered the training academy. Gene states that the fire academy was just like training camp, and he enjoyed the similarities. He enjoyed the workouts and the academics and became entrenched in the fire service’s ideals and traditions. Gene particularly enjoyed the fact that he found a team like no other in the CFD. Gene further realized that the CFD fights fires with the same ferocity that the Bears’ defensive line played on the field. Gene’s new field, however, became the fireground, and his locker room became a firehouse full of people that he would soon live and die with everyday.

It is easy to continue with the football analogies when describing Gene’s new-found career, and Gene embraces them. He says there are daily victories and defeats on the fireground like there were on the football field. Moreover, he says he still gets the same feeling on the fire apparatus that he did riding the bus to the stadium on gameday: ready to play, ready to win. Gene’s passion to win is secondary to his belief that the players themselves matter most. He told me that nothing matters more in life than his family and co-workers. When discussing his backstory with me, he stated, “it’s not a story unless the characters were already there.” How true that statement is about this job. There are many who come before us, whether athletes or firefighters. This is Gene’s perspective when describing his current position as a member of the CFD’s elite squad company 2 on Chicago’s northwest side. 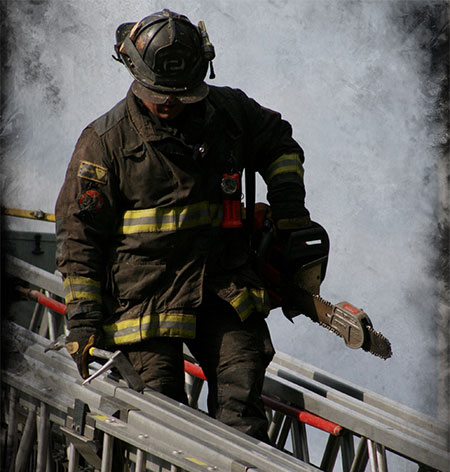 Gene loves to talk about legendary football players that he played with like Payton, McMahon, Singletary, Perry, et al. Gene loves talking even more about legenday CFD firefighters with names like Hoff, Chickerotis, Santiago, Silva, Maloney, and Springer; influences like these make guys like Gene. Gene further states that it’s not always about those who came before him, but also about the individuals on the CFD who are going to be great as well — there’s plenty of them.

When asked about his favorite influences on the field, he hands-down defaults back to 1985. “That team was full of guys who wanted to play. No cliques, fun-loving, and no sitting out,” Gene says. It’s that very spirit that drove him to take the CFD test and later transfer to squad 2. He wanted more playing time, and that’s what the CFD’s squads get. He enjoys learning new positions on the field (fireground) as he’s working in the squads, and he strictly adheres to squad 2’s mantra of being on the fireground for others, not themselves.

Gene stated he is honored to be a part of the CFD, its traditions, and the ideals of the fire service. He also offered some great advice based upon what he’s learned in both his football and firefighting professions: “We are surrounded by good people,” he says. And, “It’s just a day,” when referring to the hard times. Gene frowns upon bickering amongst the team as it makes for a long day. He supports taking care of each other first because that’s just the way he likes it.

Gene may tower over many of the firefighters on the fireground. In fact, he’s been given nicknames such as,“The Giant” by his fellow firefighters. However, nothing about Gene could be larger than his exceptional attitude and the fact that everyone who meets him wants him on their team. 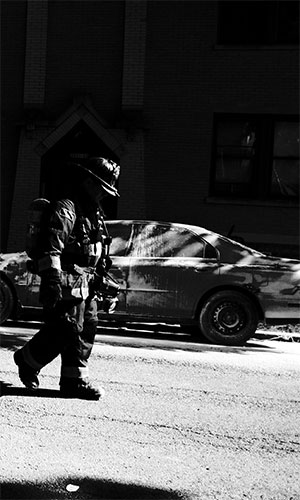 The Proposed I. A. F. E. Constitution