Brooklyn’s only woman boss barber was considerably discomfited last week by the explosion of a kerosene stove in an office above her—that of the Lawson Manufacturing Company, 25 Willoughby street. At noon she and her two assistants were busily engaged in shaving some young men, when a small boy popped his head into the shop and yelled “ fire.” At the same time flames and smoke came down from the second floor. The young men. young women, and Mrs. Leland. the boss barbaress herself, stood not upon the order of their going, but went at once pell-mell into the street, the customers only half shorn. The last had the tonsorla! operation complctrd by male hands elsewhere. Mrs. Leland mourns her uninsured loss.

The big cooperage department ot the John F. Betz brewery One Hundred and Twenty-eighth street and Amsterdam avenue, burned on the night of December 17. The fire was a hot one, owing to the rosin, staves, ami other inflammable material on which it fed. When the firemen arrived the flames were bursting from a dozen windows at once and shooting high into the air. Three alarms were turned in, as the brewery building, the power house of the One Hundred ami Twentyfifth street cable road, and the Sheltering Arms house, with 20o?children;were threatened. The firemen worked hard; but there was little left of the building when the flames had been extinguished. Before this time the firemen were wading through two feet of water, for the ungraded streets did not permit the water to flow away. The loss from the fire, whose origin is unknown, was very heavy; but was well insured. 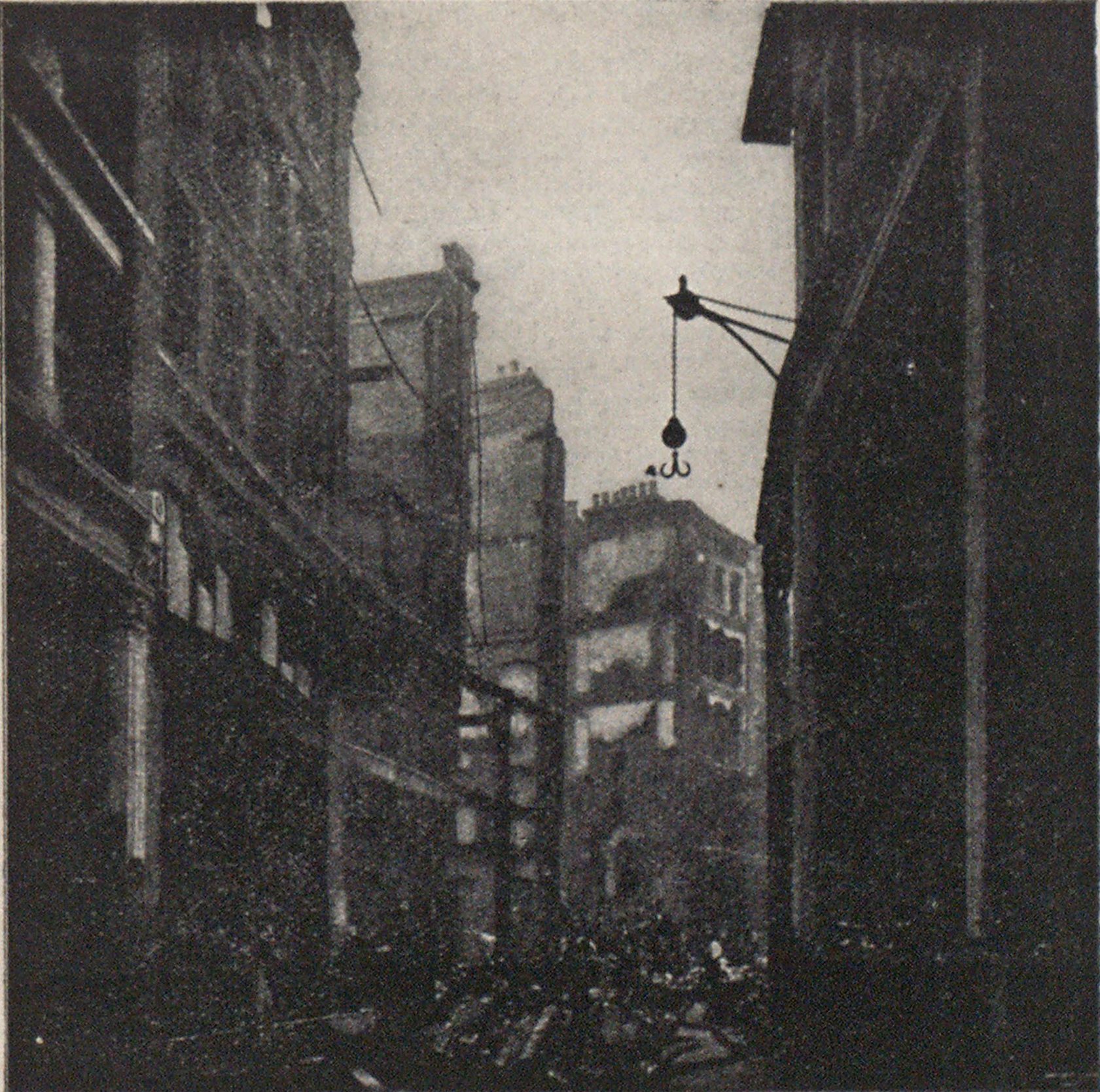 The fire commissioners have increased the salaries of some of the non-uniformed officers of this city’s fire department— the means for doing so coming from an unexpended balance. The money was distributed as follows: Superintendent Smith of the fire alarm telegraph bureau, an increase of $500; Chief Inspector Alexander Henderson, $500; the operators, C. Jones, J. M. Jones and Philip Ahearn, had their salaries increased from $1 380 to $1,500. Assistant Operator Boutom was made an operator at a salary of $1,380 per annum. There were numerous minor increases which ranged from $15 to $100 among other employes.—The fire board, in accordance with a note from Mayor Strong calling its attention to a provision in the Greater New York charter,requiring the heads of the cities and counties to reapportion and reassign the various employes and bureaus of the municipal departments, decided to recommend that all of the employes of the fire department of the city of New York be retained in the positions, which they now fill. At Detroit, Mich., Chief Bonner, with Engineer Crowell, on examining the auxiliary pipe system in use in that city,said the fire department there had just the system as regards its fireboat for which New York is looking. Chief Elliott gave them some valuable information and told them that these pipe lines had already resulted in the saving of property worth many times more than the entire system cost. The Detroit Opera house fire, confined as it was to the heatt of a great business block proved that. The visitors were given an opportunity to see what the fireboat could do in the way of sending streams up against the sky scraping tower of the new Federal building. The test was a satisfactory one. At Milwaukee, Wis., Chief Foley entertained Chief Bonner and Engineer Crowley, on the occasion of their visit to inspect the auxiliary pipe lines, of which system Chief Foley is virtually the father. They saw a test of the South Bay street pipe line, which is 2,900 feet long The fireboat Cataract was attached to the pipe line, and at the other end two two; and-one half inch streams of water were thrown over a building 145 feet high. The two streams were thrown 350 feet horizontally. Chief Bonner was highly pleased with the test and says that the Milwaukee fire department is far ahead of any city of its size in the country. He thinks no city fire department can be complete without a system of pipe lines. Messrs. Crowell and Bonner arranged with Chief Foley for obtaining plans and specifications to be used in the construction of the New York lines.—Sixty years ago last Thursday the great fire took place in this city which destroyed twenty six houses on Wall street, seventy-nine on Pearl, thirty seven on South, seventy-six on Water, eighty on Front, sixteen on Hanover, sixty-two on Exchange place, torty-four an William street, thirty-three on Old Slip, sixteen on Coenties street, thirty on Stone street, three on Hanover square, twenty-three on Beaver street, twenty on Gouverneur’s lane, ten on Jones’s lane, twenty on Cuyler’s alley, and thirtyeight on Mill street— 74 in all. It broke out in the premises of Messrs. Comstock & Andrews, 25 Merchant street, and was helped by a bitterly cold high wind (thermometer at, or below’ zero). The supply of water was also scanty. The fire destroyed the Merchants’ Exchange and the Reformed Dutch church. After it had laid a great part of the then city in ruins, it was finally stopped by blowing up several buildings. Embers were carried by the wind right over the East River to Brooklyn, where they started fires on their own account.—It was unkind, but unavoidable on the part of the firemen. Pat. Malloy’s feelings at the sight of the steaming dish of hashed corned beef that awaited him on his return from work to his home on the top floor of 844 Eleventh avenue so overcame him that he jumped up and vigorously shook his w’ife’s hand. In so doing, however, he knocked over the lamp, which exploded and set fire to the table. Capt. Cosgrove and his firemen at once squirted the chemical compound out ot their hose on to the table. The fire was then extinguished. So also were Pat’s anticipations of a toothsome supper. The combination of kerosene oil, smoke, chemicals, and corned beef hash was more than even his sturdy stomach could stand.