The Jamaica Water Supply Company and the Ramapo Water Company are reported to be trying to make private contracts with the city of New York to fill up whatever deficiencies there may be in its water supply.

The Ramapo company’s charter dates back to 1895, and is to run for forty years. It grants the company the power of entering any watershed in the State and of laying its conduits under navigable waters. Its capital stock, which is held closely, is $2,500,000.

Of the Jamaica Water Supply Company, whose charter dates back to 1887, little is known as yet outside of Queens county. As the Jamaica Township Water Company,established in 1888 89. it las-everal miles of pipe laid in Morris Park Richmond Hill, Hollis, and Cla enceville. The Water Supply Company has supplied Jamaica for thirteen years. The source of supply is welts, pumping to tank. According to its franchise, its rates must not be higher than in Brooklyn, and no provision is made for the purchase of the works. The capacity of the tank (fifty y forty feet) is 795,000 gallons. The pumping engines are one Holly, horizontal duplex, capacity, 1,000,000 gallons; another, capacity 2,000,000. 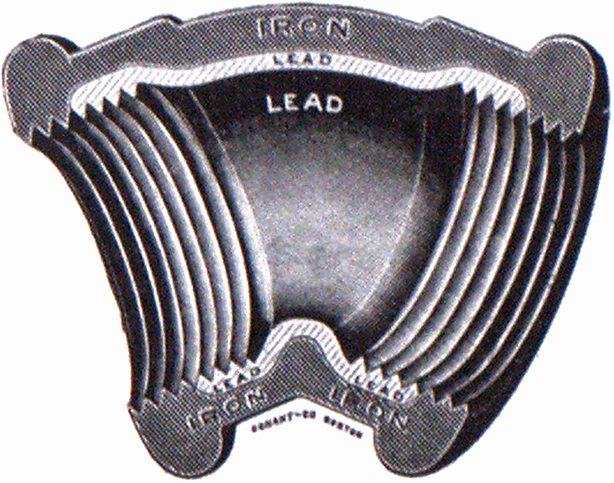 GOVERNOR BLACK in his inaugural message does not hold out any hope to the Greater New York as a whole, or to Brooklyn or the present city of New York individually, of obtaining their additional water supply either from the Adirondacks or from lakes Ontario or Erie. The expense is apparently the greatest objection in his eyes—competent engineers having shown that, if the State assumes the burden, it would involve incurring an indebtedness of $200,000,000.

As to the margin of bond issuance left to both cities, New York’s is about $52,000,000, while that of Brooklyn is $1.500.000—each city being limited by statute to ten per cent, of the assessed value. What with the proposed rapid transit works, the expense of which will probably be in the neighborhood of $50 000,000, the East river bridge, which will cost the two cities at least $5 000,000,and other projected improvements. between $10,000,000 and $20000,000 will be spent, and the limit of indebtedness reached by the two cities, in one of which certainly the water supply must be vastly increased before five years have expired, while the chances are that for New York also an additional supply must be secured before very many years arc over. Up to the present the waterworks of the two cities have cost upwards of $105,000,000.

At the same time, so far, at least, as the.lcsscr New York is concerned, there is no need for alarmists to raise a howl for immediate action to betaken in the way of increasing the water supply. For the present necessities of the city and for those of several years ahead, by which time the whole Croton system will have been completed, it has been repeatedly shown that there is no fear of a failure in the supply; while the laying down of the new mains along Fifth avenue and elsewhere will secure the necessary pressure for such downtown buildings as are not skyscrapers—the latter being fairly enough expected to work out their own salvation.

As to Brooklyn, the condition of affairs is different, and, notwithstanding Mayor Wurster’s optimistic theory as to there being resources enough on Long Island to supply that city for eight, instead of Chief Engineer Milne’s estimate as an expert of five years, there is need for immediate action. Mr. Laurens C. Eisenhut, one of the assistant engineers of the Brooklyn city water works department—a man who writes from his own practical experience and knowledge of the water works there—insists that the city

must have practical results, not lengthy, technical,and theoretical exhibitions of nonsense—a waste of time and funds. If the engineering capacity of this [the city works] department fails to comprehend and master the situation, or it has outlived its usefulness, let the city know it; also let us know where a daily loss of 20.000,000 gallons (as stated in Commissioner Willis’ report of December 29. 1896) for want of the sixty-sixinch conduit, can be observed and studied. I fail to locate it either at the ends or in the middle of the conduit line. Perhaps it is at some suddenly discovered spot which mysteriously appeared. Facts must obtain, not fiction. The city is much nearer a dire calamity for want of water than has yet been reported or is generally understood. * * * This fact is of such size, age. and capacity as to plunge upon us at any moment, notwithstanding the present renovation or cleaning of some of the ponds which have regularly appeared in reports as thoroughly clean and in healthful condition. The large expense of this reported condition is all there is true and visible about it. The present work at these ponds will not increase their water-yielding capacity any more than Long Island will develop into a mountain and fall into the ocean.

Nor has Mr. Eisenhut any great faith in the present experiments with driven wells.

We have learned (he says) from frequent reports of newly discovered and surveyed watersheds of fixed areas (the term watershed cannot properly be applied to this island) a find or discovery of a subterranean stream of purest water, of the erection and improvement of one cr more auxiliary plants (bucket-pumping stations), all indicating a praiseworthy effort of the engineers to do their duty and provide us with the much wanted and equally much promised water. What is ihe result in fact? What have they furnished for the enormous outlay of money and time ? Reports, maps, charts, tables in multifractions and photographic views—but not water.the promised water.