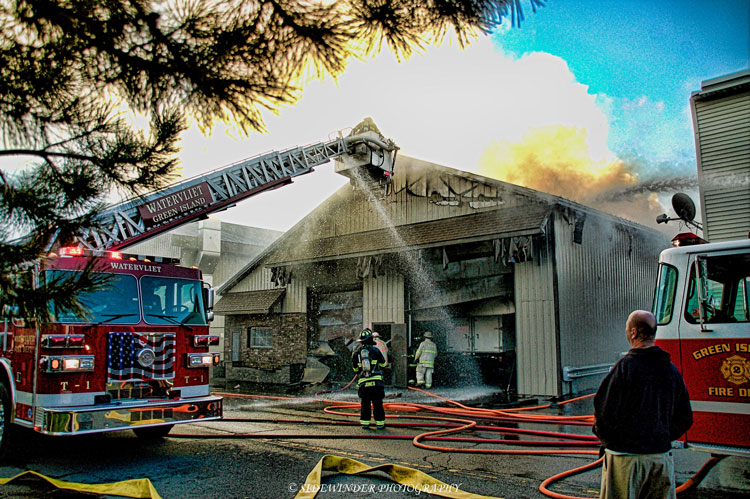 The village of Green Island (NY) Fire Department responded for a reported structure fire at Green Island autobody at 9 Lower Hudson Ave. Also responding were fire crews from Watervliet, Troy, Cohoes, and the city of Albany.

The first-arriving unit had a fully involved vehicle inside the building and transmitted the signal 30 for a working structure fire. Firefighters pulled multiple handlines into the building, including a 2 1/2-inch line to try to bring the fire under control quickly. Because of multiple flammable materials inside the autobody shop, the fire quickly spread.

While multiple firefighters were working handlines around the structure, truck companies took up multiple points around the building as fire broke through the roof. Come in requested the city of Albany on the third alarm to the scene with an engine and a additional ladder company to the scene. Firefighters were on scene for a couple of hours battling the fire. No firefighters were injured during the fire and all employees made it out safely. The fire is currently under investigation at this time. The building was a complete loss.