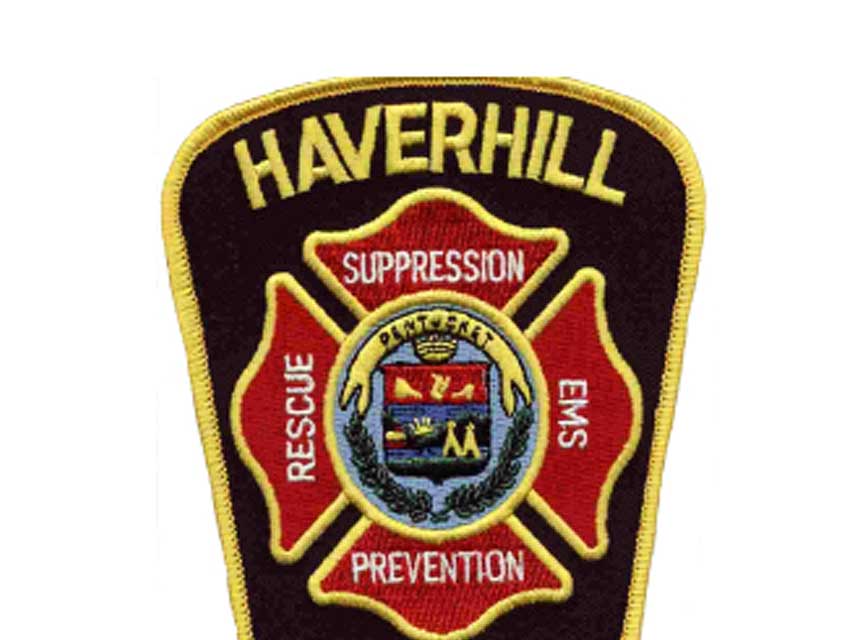 HAVERHILL — Haverhill Fire Chief William Laliberty is retiring and the firefighters union wants one of its own to replace him.

The union has sent a letter to firefighters unions in other communities asking that none of their members apply for the job, so it can be filled by a member of the Haverhill department.

If one of Haverhill’s own becomes the new chief, it would open the door to other members of the department being promoted, as well. For example, if a deputy chief becomes chief, another officer in the department could be promoted to deputy, causing a ripple effect of promotions in lower ranks.

Asked if he agrees with the firefighter union’s call to hire the chief from within the department, Mayor James Fiorentini said he wants the broadest possible group of candidates to choose from.

“I do not want my options to be excluded in any way, and I do want to encourage people from inside the department to apply,” he said, noting the city has already received applications from members of departments in other communities.

“There was a home rule petition passed by City Council and the legislature saying I can hire any qualified person,” the mayor said. “That’s what the law says and that’s what I’m going to do.”

Fiorentini said he has hired two fire chiefs from within the Haverhill department — Richard Borden, whom he appointed in 2008 and who died unexpectedly in 2015, and Laliberty who took the job in 2016.

Tim Carroll, president of the Haverhill union, Fire Department Local 1011, said his department has a candidate who is well qualified and previously was vetted for the position before Laliberty was appointed chief.

“Hiring someone you already interviewed and you know can do the job and has spent the last five years building his resume is what we hope the mayor will do,” Carroll said in reference to one of the department’s deputy chiefs, who he said is interested in becoming chief.

Carroll said hiring from within would give Haverhill a chief who is familiar with the city’s makeup.

“Haverhill is unique, with high rises and mill buildings and acres of forests,” Carroll said. “We’re unlike many smaller communities applicants would likely be coming from, and based on prior applicants, no one came from as large or larger a department. And hiring from within moves people up, which is good for the department as one hire will result in three promotions.”

Carroll recently posted a message on social media in which union members thanked Laliberty for his many years of service to the community and urged that his successor come from within the Haverhill department.

Carroll said placing someone in the role of fire chief who has no familiarity with the city or its Fire Department would threaten the safety of firefighters and the residents of Haverhill.

“Local 1011 believes this position should go to one of our deserving members,” he said. “As a result, Local 1011 is asking the PFFM (Professional Fire Fighters of Massachusetts) and its members from outside departments to refrain from applying for this position in Haverhill.”

The PFFM is a nonprofit organization that represents more than 12,000 union firefighters and EMTs in Massachusetts.

Carroll said that under Laliberty, tension between firefighters and the mayor has subsided.

“It has been better, although we continue to battle for staffing, equipment and improving our living quarters,” Carroll said. “We’re at the point now where we have three new trucks because the City Council held him (the mayor) to it.

“We’ve developed such a social media presence that people can see the problems and they get mad,” Carroll said about efforts to rally community support around the needs of the department. “The mayor has a job to do to the best of his ability and so do I. And even though we argue, we’re still able to get things accomplished … but it’s always an uphill battle.”

Fiorentini praised Laliberty for boosting morale in the department.

Laliberty said he notified the mayor in September of his upcoming retirement, and that his last day on the job was moved to Jan. 30 to allow time for a smooth transition to a new chief.

“I’ve been serving the community for almost 34 years and I want to enjoy my private life with my family,” Laliberty said.

Laliberty said he loves his job and retiring has been a difficult decision to make.

“The firefighters are dedicated, professional and always ready to serve the citizens of Haverhill,” he said. “I’m satisfied that we were able to make improvements in the stations and equipment. We didn’t get everything done we wanted, but we achieved things that no other fire chief could.”

He said those improvements included electric generators for each station that didn’t have them, along with building improvements such as installing a new roof on the Water Street station, and purchasing a new rescue truck, with more purchases of fire trucks planned.

“There is nothing I didn’t like about being the chief,” Laliberty said. “I was well aware of the responsibilities and requirements of it.

“I’ve enjoyed working with all aspects of this job,” he said. “I feel as though I am leaving the city, its citizens, the firefighters and all elected officials a better Fire Department than when I started my career in 1987.”