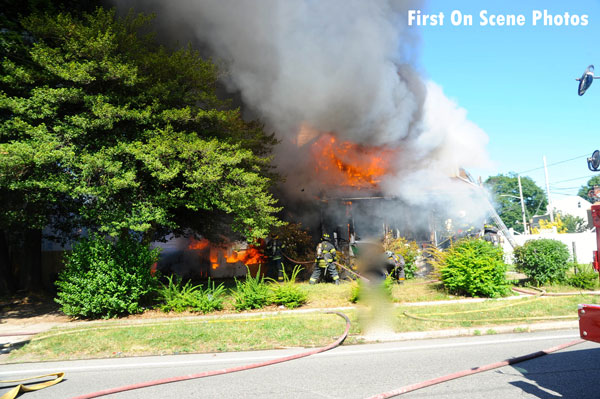 By First On Scene Photos

A female occupant of a Hempstead (NY) house was forced to jump from a second floor window in order to escape a raging fire on Thursday morning, June 30.

Firefighters arrived at the Long Beach Road house just before 10:00 a.m. and found a heavy fire condition throughout the two-story home.

The injured female was evaluated by EMS personnel and transported to an area hospital.

The fire was brought under control within 30 minutes. Nassau County Fire Marshals were on the scene to investigate the cause.