HOMES OF THE FIREMEN

In purusance of our intention to give at intervals illustrations of homes of the firemen in the United States and Canada, and abroad, are shown in this impression three tasteful buildings, from which a good idea may be formed of the care taken even in the smaller cities to house those who so nobly fight fires in their midst. The Tacoma headquarters building is typical of the enterprising nature of the upto-dateness of the citizens of the Pacific coast towns. Externally it is a handsome building, and internally it is fitted up with every modern requirement as well for the comfort of the firemen as for the accommodation of the best type of apparatus. 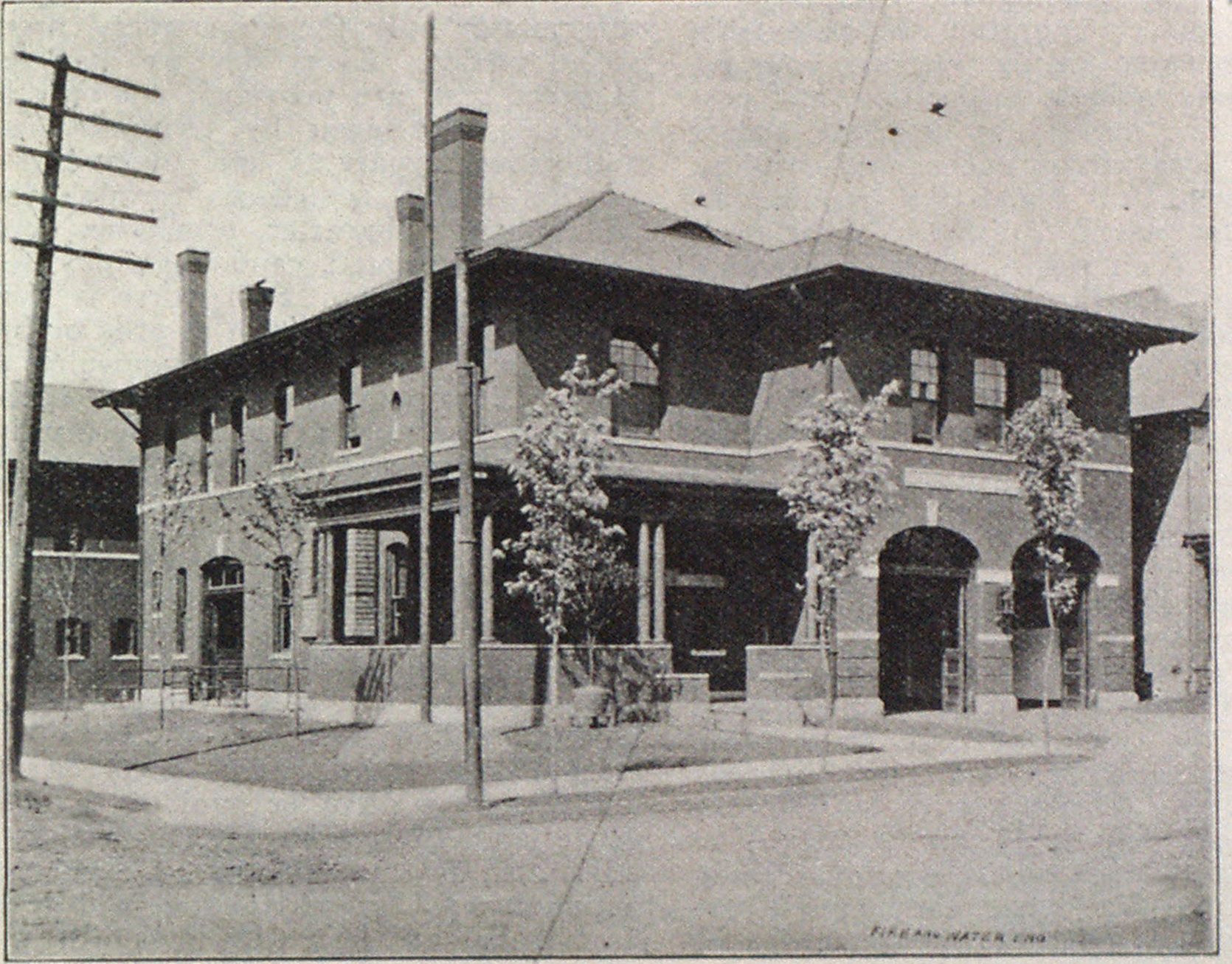 HOMES OF THE FIREMEN.

The accompanying views of two modern fire stations illustrate the truth of what has been said in former articles on the subject of the modern fire houses in the United States being, on the one hand, architecturally ornamental to their respective cities, and, on the other, all that such buildings should be from the standpoint of comfort for the men and ample accommodations for the apparatus. Pittsburg, Pa., is rapidly abolishing all its old houses, and building new ones, which will well stand comparison with any buildings of a similar character elsewhere. The fire department of Hartford, Conn., also possesses some which are conspicuous for their combined elegance and utility. The one illustrated is of the Romanesque in style; is built of brick, with trimmings of sand meadow stone, and roofed with black Bangor slate. The tower is a little over sixty feet in height. The apparatus room, on the ground floor, is easily reached from the street by double sliding doors, and in its rear are the stalls for the horses. In the lower room of the tower is a reading room for the firemen, heated in the winter, and fitted up in homelike fashion. The entire second floor front is occupied by a parlor or public reception room and toilet room, and in its rear is a dormitory, twelve-foot to the ceiling, and fitted with a ventilator. It accommodates six men, and has a private closet at the head of each cot for each man. There are, also, a bathroom and lavatory, and a private room for the captain of the company. In the rear of the dormitory is the hayloft. In the cellar is the heating apparatus. There are. also, arrangements for drying the hose, and other minor details, which make the house complete in every, respect. The stalls for the horses are provided with all modern appliances, and the sliding poles from the dormitory are in recesses at each side ofthe apparatus room, so that the horses in passing may not interfere with the firemen as they run to the pieces of apparatus.

THE CASE OF CHIEF CROKER.