A Newark (N. J.) fire company went to answer a still alarm the other day, but when they arrived at the place of the supposed fire they found two women fighting. The firemen did not use their hose. 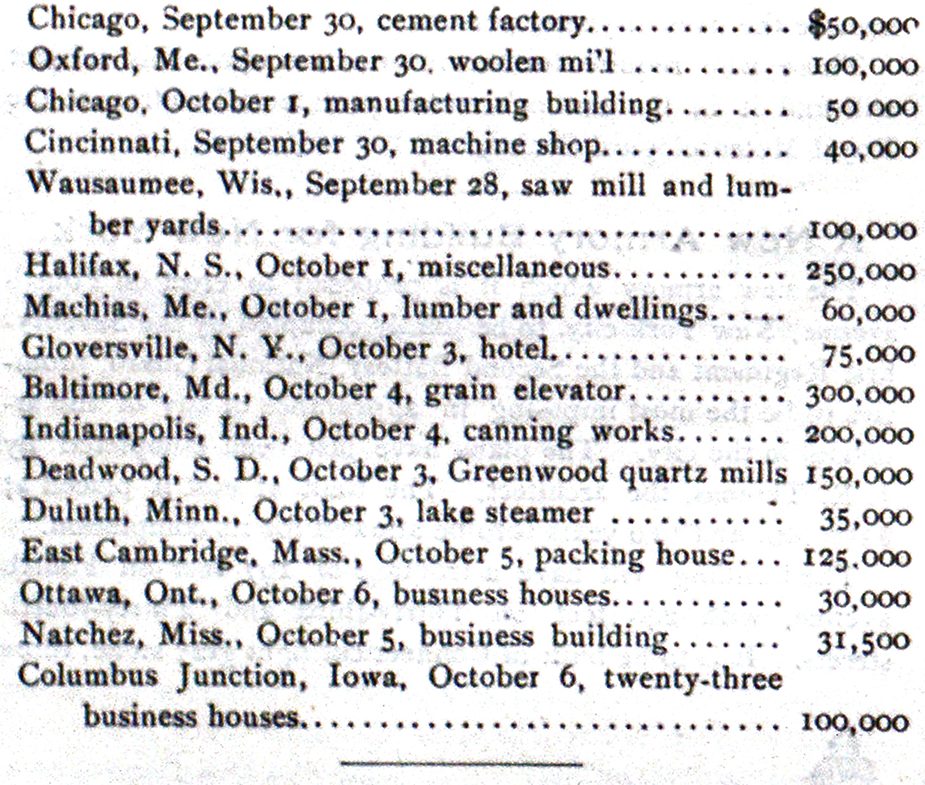 AN HISTORIC FIRE.—But for the intervention of the Gregorian calendar, Friday in last week would have been the anniversary of a great conilagration in London. On July 10, 1212, Southwark, with the chapel of St. Thomas on London Bridge, and the Priory of St. Mary, Overie, was consumed by fire. The Waverly Chronicle says: “A great part of London in the neighborhood of the bridge, with the Southwark priory, was burnt down.” Three thousand bodies, some half burnt, were found in the river Thames, besides those who perished altogether by fire. “ It broke out on the south side of the bridge. Multitudes of people rushed to the rescue of the inhabitants of houses on the bridge, and while thus engaged the fire broke out on the north side also, and hemmed them in, making a holocaust of those who were not killed by leaping into the Thames. The fire spread north and south very rapidly, destroying with great fury the wooden buildings of the time. From John’s reign to that of Charles II. it was known as the Great Fire, but that name is now only applied to the conflagration of 1666, which extended from the northeast gate to Holbom bridge, and from the Tower to the Temple church, and leaving between four and five hundred acres covered with ruins of many thousands of houses to mark its devastation.” —Insurance Post.