H-1—“How to Set up a Property Conservation Program,” a 20-page guide which includes an outline for setting up an emergency organization.

H-2—“You’re the Chief,” 15 pages, giving a brief summary of responsibilities. This is especially helpful to the newly appointed chief or deputy.

H-3—“You’re the One on Watch,” 11 pages, gives basic procedures for night guard or watchman.

H-5—“You’re the Supervisor,” 12 pages, helps the supervisor educate his workers in fire prevention and protection. 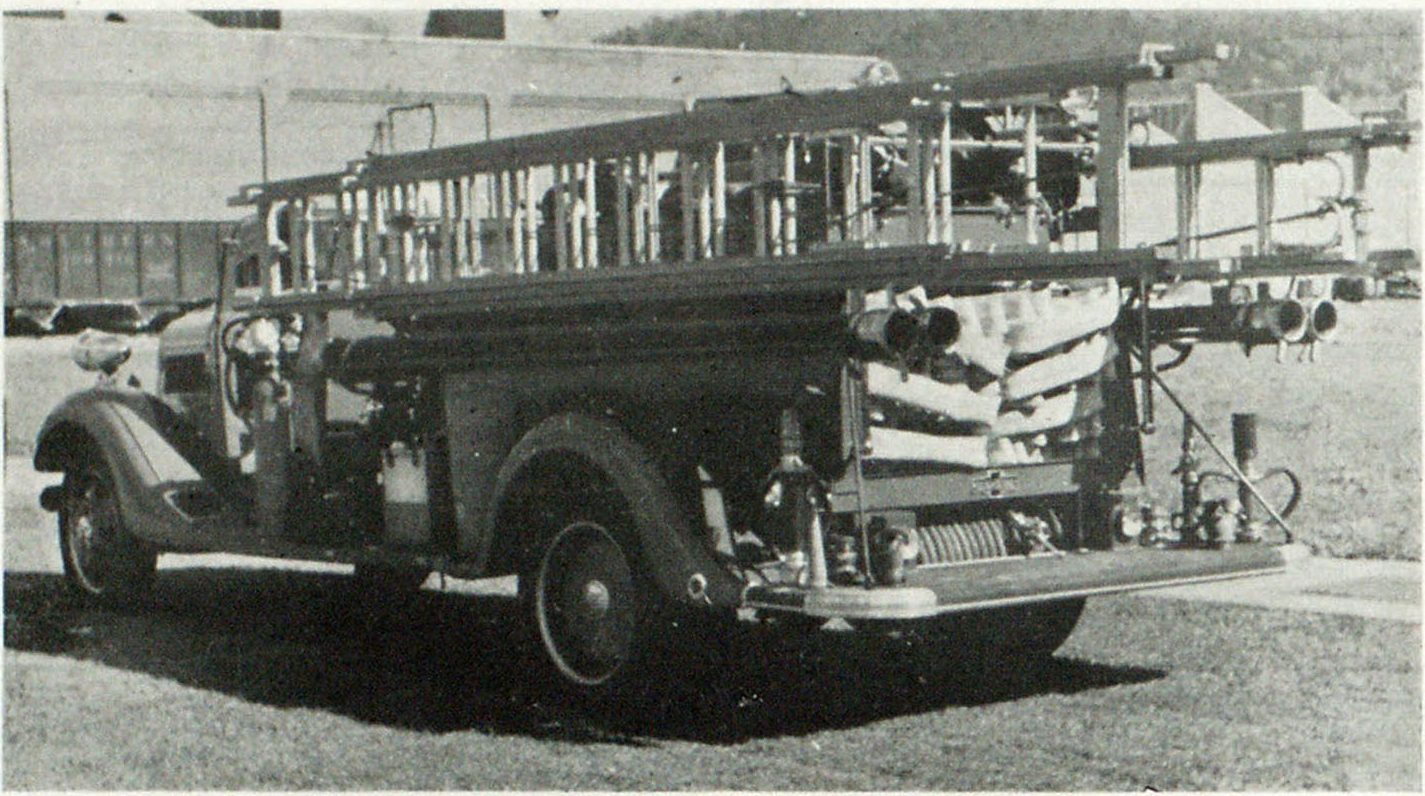 The plant of the American Enka Corporation. at Enka, N. C., makes rayon and is located eight miles west of Asheville. For that reason it was necessarv to establish a plant fire department, which now consists of twenty men made up of a hose company, and a ladder and salvage company. The men are trained regularly and participate in two drills weekly.

The captains of the two companies and the writer are graduates of the North Carolina Fire College and Drill School, and the methods used there are being followed for the training of the men.

Some time ago the company directed that specifications be drawn for a truck, not too heavy, and not costing over $4,500. A truck was developed that has also met with the approval of small communities that could not afiford an expensive apparatus. Three trucks similar to the Enka one have been purchased.

The truck has a three-piece 35-foot ladder. When the ladder is folded and placed on the truck, it does not stick out too far in the rear. A sheet iron basket is placed above the hose, and in this basket are carried salvage equipment, such as covers, mops, brooms, shovels, fire rakes, etc. The truck also carries four ten-foot lengths of suction hose.

The apparatus was built by AmericanLaFrance on a Ford 1 1/2-ton chassis and has a 500-gallon pump. It also has a 24-foot two-piece ladder and a 14-foot roof ladder. The truck carries 1,000 feet of hose. 150 feet of booster hose and a 100-gallon booster tank. On the truck are two Indian pumps, two CO2 extinguishers, a gas mask, fog nozzle, and other appliances.

As extra equipment, the department has a foamite generator and one thousand pounds of foam powder. It also has a McCaa 2-hour gas mask, a positive pressure gas mask with 125 feet of hose and an MSA inhalator.

Practically all the firemen live within a mile radius of the plant. To keep down possible crowds from fires a bell has been placed in the home of each fireman, and the bells controlled from the telephone operator’s desk. When an alarm is turned in, a bell rings in the home of every fireman and in every department in the plant. Code signals indicate the location of the fire.

Because of the various chemicals at the plant, and the factory construction, there is quite a fire problem. The department not only provides protection for the plant, but also for the village. Calls are answered for fires within a five-mile radius. As some of the nearby towns do not have the same thread, the truck carries two universal adapters.