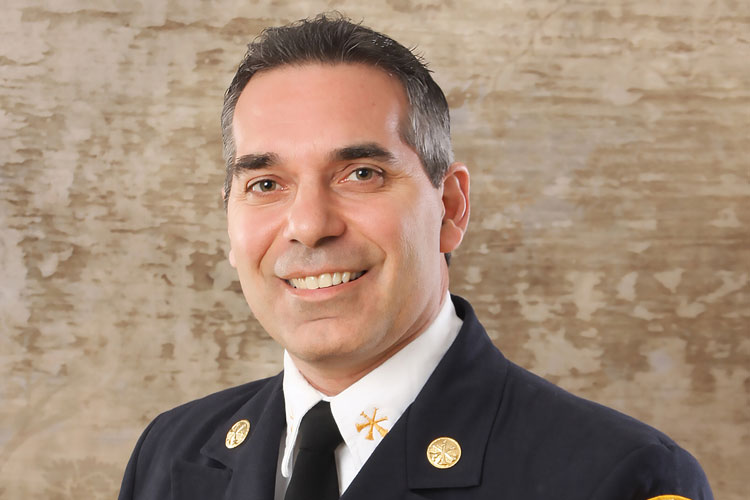 Self-education is important in every profession, and ours is no different. In fact, in our profession, self-education is significantly more important than it is in most others. Why? Because reading books, attending conferences, and watching industry-related videos from professionals in the fire service are ways we enhance our situational awareness and develop our instincts. Self-education is also one of the best ways to keep yourself motivated.

A year ago, I reviewed my department training file and realized I had more than 150 certificates from industry-related seminars I attended over a 15-year period. It wasn’t unusual for me to see many familiar faces at these seminars during this time. It is also not a coincidence that most of these people have become high-ranking officers in their organizations. Make no mistake: There is absolutely a direct correlation between education and career advancement.

Are You Ready for a Leadership Role?

Inspiration vs. Intimidation: Which Type of Leader Will You Be?

Focus on the Mission for Team Development

Early in my career, I remember hearing a speaker tell an audience, “The reason you attend a seminar is to hear the sentence or two that can help you turn bad results into great results.” As a student, I still attend seminars with that thought in mind. As a professional speaker, it has always been my goal to be the one who provides those words of wisdom for the people who give me the gift of their time. I’m sure you have heard a speaker say something like, “If I can get through to one person, my time was worth it.” I absolutely respect that goal, but it has never been mine; my intention is to always get through to everyone who attends my seminars. Whether it is through a story, a principle, or a sentence, my specific intent is to say the words that a person needed to hear on that day.

It was 0745 hours, and one of our busiest 24-hour shifts of the year was coming to an end. I was reviewing some last-minute reports when my cell phone rang. I didn’t recognize the number but answered before realizing that my better option might have been to wait until I was driving home so I could focus on the caller and the reason for the call.

“Hello. This is Deputy Chief Viscuso,” I said.

“Chief Viscuso. This is Chief Walker [not his real name] from Massachusetts. I attended your leadership training at FCAM [the Fire Chief’s Association of Massachusetts] a couple of months ago.”

Each year, FCAM hosts a yearly professional development conference, and I had the honor of speaking about leadership and team development for the past three years.

“Yes, Chief Walker. How can I help you?”

“I just wanted to let you know that you have made a difference in my life and our organization.”

“Well, during your seminar you said the words, ‘You can’t fix a problem if you refuse to acknowledge it exists.’ I normally don’t take notes, but for some reason, I wrote those words down. Over the next week, I kept thinking about those words. I felt like you were speaking directly to me.”

Chief Walker went on to say that, shortly after the FCAM conference, he was complaining to a chief officer from another organization about a problem he was having with members of his organization. He felt that when it came to department policies and organizational development, members were all selfish, stubborn, and unwilling to compromise. The union officials would often bypass Chief Walker altogether and go directly to the town manager “behind his back” for answers. In return, the town manager would tell him what he wanted him to do, many times siding with the union instead of the chief. “I thought it was me against the world,” he explained, adding that he had heard a rumor that the union president was overheard saying he was making it his personal goal to do whatever he could to get the chief fired.

As Chief Walker explained the situation to his colleague, the other chief responded with some unexpectedly harsh words. “I hate to be the one to have to tell you this, Chief, but you are the problem,” he stated bluntly.

“Me?” an agitated Chief Walker replied. “What makes you think I am the problem?”

“The officers feel like they can’t communicate with you because you don’t show them any respect, so they go over your head.”

Chief Walker relayed to me that he was initially agitated, but then he went on to share his revelation. Later that night he was contemplating what his colleague said and was wondering if it were true. Then, he remembered the words I shared at the seminar: “You can’t fix what you refuse to acknowledge.” Suddenly, it became clear to him. The next workday, he asked to meet with the union president and the other members with which he was having this issue.

They gathered in the conference room at work. Surely, they were wondering if Chief Walker was going to come down on them this time. However, not one of the members expected to hear what he was about to say.

“I wanted to bring you here today to apologize to you,” he began. “I have misjudged you all and wrongfully concluded that you were not interested in communicating or compromising. I now realize that the problem was me. I’m the one who wasn’t communicating. More to the point, I’m the one who wasn’t listening to your ideas or concerns, and for that, I am sorry. The conflict that has consumed our working relationship is a result of my failure to understand and respect all of you. I’d like to start over and see what we can accomplish if we work together.”

After a moment of stunned silence, the head of the union spoke up: “Chief, we realize we won’t always get what we want, but all we really want is to be heard and understood.”

Chief Walker went on to explain that their working relationship has improved significantly since that conversation. “I decided to take this opportunity to be a bigger man and show some humility. My failure to acknowledge their needs and look for a way to compromise was, in some ways, an act of stubbornness and cowardice. Chief Viscuso, you planted the seed. My colleague watered the ground. Your words and his blunt assessment were what I needed to hear to resolve my problem. Please share this story, because I think it might help some people.”

The story above represents a very common theme found in the workplace. It’s a story about conflict and resolution. Conflict is not necessarily a bad thing. At the root of all conflict is a difference in belief systems.

If I were born and raised in the city, for example, and you were born in the country, we would certainly have a different set of life experiences and upbringings. With those experiences, we would both have already formed our beliefs. When two people meet and begin working together, there will come a time when they realize that they disagree on something (or, sometimes, on everything). Some people are so passionate about their point of view that they feel threatened by people who think differently.

Conflict is often a result of passion. A confident leader will want to be surrounded by passionate people. The key is to be respectful of the opposing point of view. If we can agree to disagree and make a commitment to the overall mission, we can overcome conflict.

People generally deal with conflict in one of three ways, which follow:

Ignoring conflict is not the answer because personnel problems don’t tend to go away without an attempt to work out a solution. Fighting doesn’t work because, when we do, there has to be a winner and a loser. The best way to overcome conflict is by compromising. This doesn’t mean either party would have to compromise integrity; it means that both parties are committed to finding a solution that each of them can be happy with. This is why we have negotiations.

At the core of conflict resolution is the word “respect.” If you disagree with someone, try to see things from his point of view. Respect that person and try to understand why something may be important to him. You don’t have to agree with him; you only have to understand that his opinion on the matter carries just as much weight with him as your opinion does with you.

When dealing with conflict, take your ego out of the equation. The best ideas must win, even when they are not your ideas. This can be a very difficult concept for some people in leadership positions to grasp. However, it can be the exact thing your organization needs to achieve the performance outcome you desire.

The late Dallas Cowboys Head Coach Tom Landry once said, “There’s a misconception about teamwork. Teamwork is the ability to have different thoughts about things; it’s the ability to argue and stand up and say loud and strong what you feel. But, in the end, it’s also the ability to adjust to what is the best for the team.” You can’t fix a problem if you refuse to acknowledge it exists.

FRANK VISCUSO is a 27-year veteran of the fire service. He served as a deputy chief in the Kearny (NJ) Fire Department and is the co-creator of FireOpsOnline. He is the author of seven books, including Step Up and Lead. He travels throughout the country providing leadership development and team-building training for fire departments and corporations. His articles appear in New Jersey Firefighter and Fire Engineering. He is keynoting at FDIC International 2021.