Much has been written in the past year about the decline of the role of the company officer within the fire department. The scope of most of these articles has been about the loss of experience and dealing with ways to get newly promoted officers more training to deal with that loss. In career departments all over the country, it’s hard to imagine an engine or a ladder company functioning without an officer. Unfortunately, many departments throughout the country do just that. What benefits could your department gain with the addition of a company officer to an engine or a ladder company?

In Reading, Pennsylvania, the fire department operates with four on-duty shift officers. Two of those officers are deputy chiefs who are assigned vehicles to respond as needed citywide. There are two lieutenants, one assigned to a paramedic unit and the other assigned to the department’s heavy rescue. Regular shift staffing is two persons per apparatus or medic unit, with a total shift complement of 18 firefighters and six paramedics. We provide coverage to a population of more than 85,000 in a 10-square-mile area and had a call volume of 22,900 runs in 2010. In addition, we provide mutual-aid assistance on request to departments in neighboring municipalities.

Many other departments in Pennsylvania operate similarly to Reading because of financial or other issues. The situation is quite unique and at times requires “out-of-the-box” thinking and actions. Firefighters are often tasked with officer-level decisions on and off the fireground. Some of the problems encountered in situations without officers include the following.

Fireground tactics. With the exception of the department’s rescue company, all apparatus have a line firefighter riding the officer’s seat. The first few minutes of a typical structure fire are handled with those firefighters making the decisions. Everything from apparatus placement to tactics and assignments is completed by line firefighters. Although the chiefs hear your radio reports, you are in control until they arrive.

Lack of communication. Firefighters in houses without an officer are often left with incomplete information from the previous shift regarding the myriad of issues and details all departments commonly handle on a daily basis. A note left on a white board or information shared verbally at the change of shift can often be interrupted by the next call or the requirement to change shift at the scene of an incident. Important items such as the department’s mission statement and policies don’t have the same impact on firefighters when there is no officer to provide consistent leadership.

Lack of responsibility. Who is really responsible in the station without a company officer? The senior firefighter? The junior fighter? When a tour or fire prevention detail is scheduled, who handles it? Many times, it is left to the junior firefighter when it may be better handled by a more senior member. When the station or equipment is in need of repair, is it left for the day shift to be handled during normal working hours? Is the problem documented sufficiently for the proper repairs to be made? Are firefighters even authorized to handle this type of detail? What if there is a need to spend money for the repairs? The same questions hold true for apparatus repairs. Some issues can be taken care of during normal business hours when the city’s maintenance people are working, but this doesn’t help during off hours or when outside vendors need to be used. On more than one occasion, members have used their own funds to pay for equipment and apparatus repairs.

Lack of training. The department has a single lieutenant in charge of training. New material is supposed to be introduced in a formal classroom setting with the training lieutenant in charge of the session. Drill and practice sessions, typically overseen by the company-level officer, are not conducted frequently. With only one company-level officer working departmentwide per shift, this task can become overwhelming, especially considering that while “technically” being out of service, everyone still has to be available for calls because of the lack of staffing and the call volume.

The things I’ve mentioned just scratch the surface of issues that are normally handled by a company-level officer in most departments. Many managers, chiefs, and even firefighters make the statement, “We don’t need officers. We need more firefighters.” Unfortunately, many tend to forget that the company officer is the first-level manager who can still be a working firefighter. The company officer sits on the fence, if you will, between line firefighters and management. As I mentioned before, critical thoughts and communications from managers and chiefs do not get passed correctly—or maybe at all—without the officer at the fence to handle the information. Many times, the information gets left lying at the base of the fence. 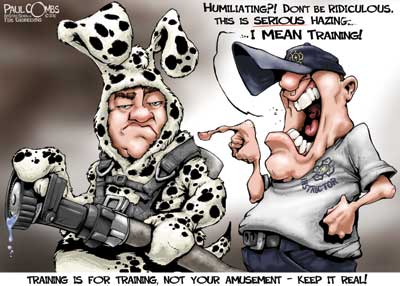 Let’s ensure we learn this lesson

This is in reference to “How We Got Burned: Lessons Learned from a Wind-Driven Dwelling Fire” by Mike Piper (Fire Engineering, November 2011). This article is very revealing and sends a message that should resonate through each of us. I have made copies of the article and placed them at each of our stations and at the training center. I will be reviewing the contents of the article with each of my crews on B Shift and will have discussions regarding the many points brought up by the author in the article. I highly encourage A and C Shift leaders to do the same. I have had several discussions with Arvada (CO) Fire Department personnel regarding this fire and the introspection that has occurred at the department since last April. This fire truly rocked their world and has caused them to reexamine how they do business. I would like all of us to learn as much as we can from their experience.

As a complement to Ross Chapman’s suggestions for volunteer departments (“21st Century Firefighting: Preserving the Volunteer Fire Service,” Volunteers Corner, Fire Engineering, August 2011), I would like to suggest that fire departments work to establish and support length-of-service award programs (LOSAPs) for their volunteer firefighters. LOSAPs have a proven track record for retention in many states and provide long-term financial incentive in the form of retirement benefits for a volunteer firefighter’s years of service. To further support the functional potential of LOSAPs, request support from your Federal Congressional Delegation for H.R. 376, The Volunteer Emergency Services Recruitment and Retention Act of 2011, which would amend the Internal Revenue Code to allow sponsors of certain deferred compensation plans to elect to include length-of-service award plans for bona fide volunteers providing firefighting and fire prevention services, emergency medical services, ambulance services, and emergency rescue services. H.R. 376 directs the Secretary of Labor to issue regulations exempting a length-of-service award program from treatment as an employee pension benefit plan under the Employee Retirement Income Security Act of 1974 (ERISA).

Rep. Peter King (NY) has sponsored this legislation annually for several years and though H.R. 376 is revenue neutral and does not create any new programs or require changes to existing programs, it repeatedly stalls in the federal congressional process. Although localities and states can enact LOSAPs for their volunteer firefighters, H.R. 376 will provide additional long-term financial rewards to emergency service volunteers in the form of retirement funds that have Internal Revenue Code-deferred compensation benefits. For more information on establishing a local LOSAP and efforts to support H.R. 376, log onto the National Volunteer Firefighter Council Web site at http://www.nvfc.org.

I loved “Gus’s Boy, the Resilient One” (Editor’s Opinion, October 2011)! General Washington was by all definitions a true leader! After a certain battle, it was discovered that his uniform had bullet holes in it. He was that close leading and rallying. The night before the Battle of Trenton, he spoke to what was left of the Continental Army (fewer than 2,000); his words convinced them not to walk away the next day when their enlistments were up but to join him in attacking the Hessians at Trenton. Leadership in its true form guided his decision not to be a monarch, to walk away from the presidency after two terms, when he could have easily been reelected. The man’s whole life was guided by his leadership qualities. As the editorial notes, how easy it would have been for him to slip away into the unknown when things did not go very well and he was portrayed as a laughingstock.

Truly, some know they are destined for greatness if they persevere and work for it. Others seek the path of least resistance, accepting a life of bitter disappointment. Our elitists want us to disdain those who have leadership qualities, except when it is one of their own messiahs telling the rest of us what we should do, think, and accept as the norm.

I enjoyed “Democrats at Work, Republicans at Home” (Editor’s Opinion, November 2011). Before entering the fire service, I taught American history, government, and American problems, among other courses, at the high-school level for 15 years. The texts I used put office seekers into three categories: the Politico—who is in the game to further his/her personal fortunes; the Representative—who polls the constituents and votes in accord with the wishes of the majority; and the Statesman—who tells you where he/she stands on the issues prior to the election and promises to vote accordingly. You can’t tell ahead of time how the Politico or the Representative will vote, so the Statesman is the only one whose vote on a given issue can be predicted with any certainty. The difficulty is in finding a candidate whose positions agree with mine on every issue. On occasion, we may have to settle for a candidate whose position aligns with our own on a couple of key issues and who is, in our estimation, electable. Full disclosure: I am a social and fiscal conservative.

P.S. It helps if the candidate has a track record, so you can see if he/she can be relied on to follow up on promises.

“Democrats at Work, Republicans at Home” was tremendous! When I first read the title, I became a little angry (I am a conservative Republican), but after reading the article, I applauded Bobby Halton for sharing his thoughts. I would add that it is vitally important to leave the political discussions for off-duty time and to remind firefighters to respect each other’s views and opinions.