THIS article, continued from page 740 of the May issue, contains some excellent suggestions as to proper forms for the systematic keeping of fire department records. It will be found to have practical hints to all those who are seeking a simple and yet practical method of bringing about this result.

The summation of the different lot records, Form 9, permits a record of each different lot to be kept on a horizontal line, with the total carried out under the proper company number. Addition of the vertical columns under the company numbers gives the amount of hose assigned to each. This is one of the most essential records in a department and is a constant reminder of the points where hose has deteriorated, is inadequate in amount, or is too old.

Another important duty of the secretary is the maintenance of the expenditure ledgers. Form 10 is a simple method of telling at any time just how the department’s expenses are keeping within the appropriation. The different account headings and the items chargeable under each usually are supplied by the city auditor. (For Forms 10, 11 and 12 see page 802.)

The records devised for the repair division are as shown on Forms 11 and 12. These forms are intended to give a record of the equipment considered an integral part of the apparatus recorded and are not to be confused with an inventory record. In addition space is provided for noting the cost of repairs, where these are made in the department shop; otherwise this cost record is kept by the department secretary. Tool and inventory records should, of course, be maintained and standard forms of rulings are available in any stationers for this purpose.

Forms 13, 14, 15 and 16 indicate the information it is thought should be recorded in order to have a complete record of the essential operations of the tire alarm division. Form 13 in addition to other circuit information provides a limited space for a trouble record. A constant repetition of similar troubles, especially if occurring in the same location, will be instantly noticed on this record and the remedy should be provided either by rerouting the circuit or otherwise correcting the condition.

Form 14 will provide sufficient record space for one year if boxes are tested monthly as they should be.

Form 15 is so devised that in order to fill it out properly tests of the equipment must be made.

Form 16 is simply a record of the location of the various sizes and types of apparatus. In replacing parts it will be found of great value.

In conclusion it must he remembered that for the proper keeping of additional information other forms may be devised and that the records shown are intended only to indicate a simple method of recording essential details. The forms used are six by nine inches, as for ordinary usage this size makes an easily handled record. 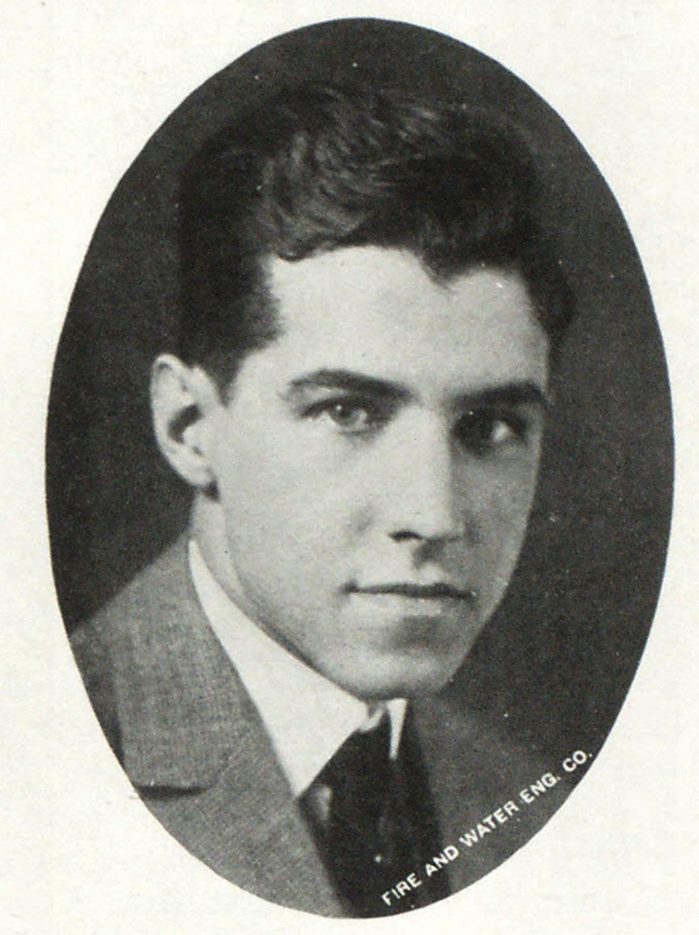 THE keeping of records in the fire departments— especially those of the smaller cities—is not only vitally important, but is only too often neglected for want of a proper method that combines system with simplicity, and the omission of unnecessary detail. The following article will undoubtedly be a great help to those departments which are suffering from the lack of well directed and systematic methods of keeping such records. Osving to the length of the article and the number of forms shosen, it will be concluded in a subsequent issue.

Many a successful fireman of today can look back and smile at the time he sat with ruffled hair and wrinkled brow and attempted t o assemble the record accumulation of a year into suitable form for presentation to his council as the fire department annual report. Many a successful fireman of today would smile sympathetically if he were able to observe the number of tomorrow’s successful firemen who are making long pencils shorter as they chase the elusive record over reams and reams of paper. The successful fireman realizes that his success can be measured by his record. It seems almost trite to say that the successful operation of any business necessitates the proper maintenance of adequate records. Fire departments are not exceptions to this statement. Their records are the instrument with which their success is measured.

Custom has established certain methods of keeping statistics peculiar to fire department operation, which are recognized as standard. No particular originality is claimed for the various record forms accompanying. Many are adapted from ones now in use rearranged to a form which experience with a number of systems would indicate to he suitable. All are intended as the nucleus of a system to he used in conjunction with the National Board of Fire Underwriters “Daily Report of fibres” record found in practically all departments.

The average fire department undoubtedly can point to some date in its history when the keeping of records ceased to he a function chiefly concerned with the monthly pay-roll and became a systematic gathering of facts. Further research probably would indicate that the true importance of gathering statis tical data was realized fully only after a large fire had demonstrated that some particular piece of equipmerit depended upon was out of order, too old or missing. Perhaps the record system had its origin in the quest for facts on which to base a request for an appropriation. At this point some fireman possibly was selected for the position of department secretary or clerk, given “carte blanche,” a new stub pen and a bunch of yellow paper and told to divide his time between his clerical duties and driving the chief.

Without criticising the clerical abilities of all firemen—many make admirable secretaries—it must be admitted that all do not delight in the keeping of fire department statistics and until the proper man is selected the records must suffer. This is due in part to lack of understanding as to what records are essential and partly due to lack of knowing how to assemble them. A discussion of the entire subject cannot help being of some benefit.

The main problem is the one confronting the small department. The amount of detailed bookkeeping necessary in a large department requires the employing of specially trained men who are available also for the preparation of statistics. The discussion will be confined therefore to records suitable for department formed of eight, ten or fewer companies.

An analysis shows that the fire department is very clearly separated into four divisions for which records must be devised. These divisions are:

and so at the outset we find our path sharply defined.

The information emanating from this division of the department will have to do entirely with data originating at fires and events affecting the personnel and can so be divided. The two forms numbered 1 and 2 covering these statistics will furnish the secretary with a record of the operation of each company, advise the master mechanic of incidents affecting his division, and provide the fire marshal with data on fires of suspicious origin. Details of building inspections made by members are not included as these require a special form which is available at a nominal cost through the National Fire Protection Association.

The chief’s driver is usually delegated to gather vital statistics concerning the fire and Form 1 in convenient size is provided for his use. This form includes space for information which experience has proven essential, with additional space under “remark” for amplification of any of the items. The occupancy and type of building will indicate a condition contributing to spread of fire to adjacent buildings and with the other items form a basis on which the efficiency of the department may be judged.

Form 2 provides an individual company record; from it may be read a daily warning of deterioration in equipment or weakening in the morale of the personnel.

The secretary, who is in reality the connecting link between all branches of the fire service, receives Forms 1 and 2 and enters them on the “Daily Report of hires.” On Form 3 he enters the summation of company’ activities for the day, using a separate sheet for each company. At the end of the month an addition of all activities, alarms answered, and time worked by companies is entered on Form 4; a total of losses on Form 5 and of causes on Form 6. The filling of these forms will give the essential performance of the fire fighting force in a record permitting a summation for easy reference at any time; particularly when the annual report is clue.

The secretary cannot rest upon his pen at this point; he must maintain the department roster which should resemble Form 7. and contain each member’s record including charges and credits for meritorious service. This Form 7. is intended as a desk reference for easy handling, and information contained in it should be transferred to a permanent record book at frequent intervals.

The hose record is usually entrusted to an assistant chief who is held responsible and must see that each company has an adequate supply of reliable hose. The ordinary method of identifying the hose is by stenciling on each section coupling the date, lot number and section number. It will he noticed that Form 8 is made so that each lot will he composed of 20 sections or about one thousand feet of hose, and that spaces are provided permitting dates of assignment, transfer and replacement to be recorded.

The Late Captain J. B. Clow.