A child has died and a woman was injured in an overnight fire at a Knoxville (TN) apartment complex. Mike Watiker shared some photos from the scene.

Knoxville Fire Department spokesman Capt. D.J. Corcoran says an adult woman and a three-year-old were found unconscious inside. They were both given medical attention for severe smoke inhalation and taken to the hospital, according to a report from WATE.

One Dead, Three Others Injured in Knoxville (TN) Crash 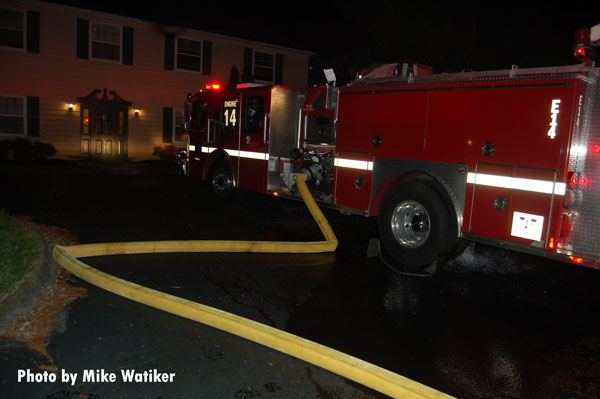 Firefighters pulled two victims from a Knoxville (TN) fire that killed another person Sunday night, according to a report from the Knoxville News Sentinel.

The paper reported that a man was killed in a fire at the Williamsburg Village Apartments. The Knoxville Fire Department (KFD) responded at 10:22 p.m., and several people were reportedly trapped by smoke and flames inside a ground-floor unit.

“We found two victims inside and were able to get them out,” KFD Capt. D.J. Corcoran said. “One victim was overcome by the smoke and was deceased on the scene.”

According to WVLT, investigators determined that the cause of the fire was the “careless discard and/or use of cigarettes.”