AN OPPORTUNITY recently presented itself to read an interesting Missouri case which was the outgrowth of the disastrous explosions of August 18, 1959, in Kansas City, Mo. Many of you recall having read the accounts of the fire. The fire was also very nicely photographed by a television station photographer. Subsequently, a flammable liquid training film evolved. Just for the record, it would be best to put the facts in front of you.

On that fateful August morning a tank truck driver for Continental Oil Company was loading his truck from two of four horizontal storage tanks. While engaged in his work, another truck driver climbed up on the truck’s catwalk to show him a new cigarette lighter. Almost immediately (possibly the lighter was flicked) flames shot from one of the compartments of the tank truck.

In the ensuing moments one of the fill hoses was shut down. However, the second fill hose was never closed and continued to feed the fire. As the fire progressed, three of the four storage tanks ruptured and greatly intensified the fire. As it turned out, it was the fourth and final tank which caused the greatest problem. Up to that point fire fighters from Kansas City, Mo., and Kansas City, Kans., had prevented the spread of fire from the immediate area of the storage tanks.

The fourth tank physically moved through the air some 75 to 100 feet. Unfortunately, the tank landed in the street in the area where firemen were fighting the blaze. The resultant ball of fire killed a bystander and five firemen. A lawsuit by the widow of a fire captain was commenced and favorably decided for the widow in the lower court. The appeal once again reviews the rather large topic of firemen and their relationship to property owners.

Needless to say, this fact situation could happen in just about any community in the country. This fire once again raised the question about the rights of firemen. On appeal the widow in this case was able to retain a judgment for $25,000.

The court reconsidered the rights of firemen as we have seen them do before. Having determined that the fire captain was a licensee on the premises (actually it was the street in this case) the court went on to decide that the violation of the Continental Oil Company of the code, regarding proper venting, was the main problem area of the case.

It appears that the tanks which were involved in this fire were installed in 1924. At the time of the fire they were still fitted with 2-inch vent pipes. This was true even though the tanks had been changed from a vertical position to a horizontal position in 1958. The record discloses that the Continental Oil Company conceded that the 2-inch vents were inadequate.

An expert witness, George Trussing, testified that an opening of 5 1/2 inches would be necessary under the Flammable Liquids Code. Another expert, a professor of chemical engineering at Kansas University, testified that a 5S-inch vent would have prevented the rocketing of the tank.

In arriving at a decision the court said:

“While Bartels (the fire captain) was an experienced fireman and was therefore necessarily aware of some of the hazards of petroleum products fires, there is no fact or circumstance indicative of any knowledge on his part that these particular storage tanks were equipped with inadequate safety vents. And as the appelant says in its brief ‘although the men on the line knew the No. 4 tank would probably rupture (since the three other tanks had ruptured), they did not know the tank would rocket in the freakish manner in which it did. They had never seen a tank act like that. The action of this particular tank was entirely unpredictable. Also aerial photographs taken while the fire was in progress and before Tank No. 4 rocketed, as well as the testimony of witnesses, reveal that it was not possible through the enormous black smoke clouds and flames that firemen or anyone else could or did see the 2-inch valves on the tanks, much less appreciate their danger. The fire prevention chief and other firemen testified that they did not know the size of the safety valves on the tanks. Six of Continental’s employees, including its bulk plant supervisor, were present prior to and during the course of the fire and of course there were no warnings in any manner to the firemen that the tanks were equipped with the inadequate 2-inch vents.”

The act of omission, failing to properly vent the tanks, was the key to this case which ultimately resulted in recovery for the widow in this case. How many little code provisions go unnoticed in every community? Isn’t this true in all code provisions and not just flammable liquid codes? It can make a difference. 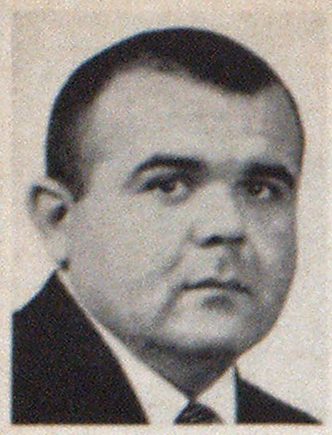 FROM TIME TO TIME this writer receives correspondence indicating that the column is somewhat difficult to read and interpret. For some time I have been aware that the law is not readily read and understood. The column has endeavored to simplify and interpret some of the ramifications of the cases which we discuss in the column.

Because the law varies from state to state it is almost impossible to set forth law except for the specific state which the oise covers. Such an attempt could cause a very serious problem. Readers of this column would be more prone to make false premises for their state. As you can see. this could lead to harmful results.

An attempt to simplify is one thing; oversimplification ultimately could lead to serious harm to the fire service. If there is to be value in this column, it must come from the fact that trends can be seen which may some day affect the fire service in your own state. A good example has been the tort liability discussions in this column. No attempt has been made either now or prospectively to be all inclusive in our discussions. Time is a very high-priced commodity these days. This requires that we minimize the column content so that you. the readers, will have time to at least be aware of the problem areas in the fire service.

To those who want more detailed information in any given area, the door has at least been opened for a detailed analysis on the local level. Appropriate local or state officials should be contacted so that the problem can be properly discussed with your local law filling in the details.

In closing, I recognize that a secondary problem may arise; “A little bit of knowledge can be dangerous.” As you can see, an attempt is being made to cope with the many problems court decisions are currently causing the fire service. It is hoped that the discussions will continue to be of benefit to you and provide an awareness of the many problems facing the fire service today.

An interesting bill was recently proposed in the Wisconsin Legislature. Consider Senate Bill 516.

“62.13 (1) Each city shall have a board of police and fire commissioners consisting of five citizens, three of whom shall constitute a quorum. The mayor shall annually, between the last Monday of April and the first Monday of May, appoint in writing to be filed with the secretary of the board, one member for a term of five years. No appointment shall be made which will result in more than three members of the board belonging to the same political party. No person shall take office as a member of the board until he is certified as being a duly constituted and active member of the political party which he is to represent on the board by the state voluntary committee of such political party. The board shall keep a record of its proceedings.”

As you can see, an attempt is being made to see that only party members may serve on the police or fire commission. The italicized portion indicates the change to the statute as it now reads. It raises an old question anew for the fire service of Wisconsin. Just what is the rate of politics in the fire services today? Is it possible or desirable to exclude the fire service from the political arena? The answer is probably quite different in the various states.