The Lesson Has Been Learned

I want to compliment Bobby Halton on his excellent Editor’s Opinion “The Lesson Has Been Learned, Demonstrated, and Respected” (October 2020). In light of the events going on in the country, it took courage to write something that many people feel but won’t say out loud.

The October 2020 issue had a good article by Jerry Knapp “Suburban Engine Company: Mission-Essential Tasks for Fireground Success.” However, Figure 1 on page 56 is just a little confusing. The ultimate goal of any engine company operator is to know the needed pump pressure to overcome the friction loss (FL) to deliver the required flow at the nozzle. In Figure 1, the real number, not shown, is the FL from the pump to the nozzle, in this case, 95 pounds per square inch (psi). In addition, if gauge No. 2 is at 100 feet, then gauge No. 1 is at 200, not 100, feet based on the diagram.

Jerry Knapp responds: Good catch; you are exactly right! We must know how much energy our engine/pump has to add to the fire flow to get the correct target flow at the nozzle. The diagram did its job, making you think about the details it contained. The theoretical measurements in this simple hose layout show critical considerations to generating correct flow.

Let’s review the numbers. Pump discharge pressure was 195 psi with an FL of 45 psi in the first 100 feet. That was 20 psi in each of the two 50-foot lengths (40 psi total) and 5 psi in the pump piping. The pressure sensor on this imaginary rig was close to the pump housing, not near the pipe/hose connection, and did not account for the 5-psi pressure loss in the piping. You would not know this if you did not actually measure the pressure with this inline gauge or visualize your pump/discharges/gauge placement. Pressure loss in piping can be high for discharges at the front bumper, rear, and deck guns because of elbows and long pipe runs. The next two hose lengths account for 20 psi FL each, reducing the pressure to 100 psi at the nozzle. Theoretically, this is all true, and I included it both as a way to demonstrate FL for your members and to show how to use the flowmeter to test for your target flow. Target flow is the amount of water you want to be discharged from that specific fire attack system (from the intake on the pump to the discharge of the nozzle).

What is most important in this discussion is we that must measure the flow to determine the needed engine pressure for that specific (engine, hose, nozzle, flow) fire attack system’s target flow. FL varies more widely than you could ever imagine. Captain Bill Gustin, Miami Dade (FL) Fire Rescue, has done extensive testing measuring the wide range of FL in the same size hose and nozzles with equal flows. According to the data from numerous tests using one manufacturer’s models of 1¾-inch hose, FL varied from 25 psi/100 feet to 72 psi/100 feet. Where we often go wrong is to assume theoretical FL is actual FL! You don’t know your actual FL unless you measure it. Keep in mind that up to a 10% margin of error is acceptable.

Changing one variable—engine, hose, or nozzle—can change your required pump discharge pressure. In this theoretical example, our gauges are not good enough to determine that there is a 5-psi loss. I recently did a similar flow test as shown in the diagram, and the loss in the piping of this particular engine was 35 psi between the pump and the pipe/hose connection. You need to flow test each engine/hose/nozzle configuration in service to ensure you are at least close to your target flow.

This diagram used a theoretical 100-psi combination nozzle, another key concept when planning your fire attack system. Practically, the higher nozzle pressure causes significantly more nozzle reaction than a smooth bore (69 pounds, 50 psi nozzle pressure, and 185 gallons per minute) at the same flow. If a combination nozzle is needed, low pressure (50-psi nozzle pressure) versions allow the use of the same engine pressure as for smooth bores and, more importantly, significantly reduce nozzle reaction, which is a help n the case of a short-staffed nozzle team.

Another key point to this diagram and the following photo in the article is how to use a flowmeter and pitot. As we all know, the volume of water puts out the fire, not the pressure. I showed the flowmeter as a way to measure the volume of water (target flow) from this combination nozzle. Dave Walsh, Dutchess Community College Fire Science program chair (ret.), reminds us that the flowmeter is important if your ball valve in the nozzle is too small. The pressure will be right on, but the volume will be less than your target flow. He also reminds us of National Fire Protection Association 1962, Standard for the Care, Use, Inspection, Service Testing, and Replacement of Fire Hose, Couplings, Nozzles, and Fire Hose Appliance, which requires an annual flow test of the entire system. The photo shows how to use a pitot to measure nozzle pressure; then, all we have to do is go to the charts to determine the actual/measured flow—all mission-essential tasks for a quality engine company.

Past Chief Tim Pillsworth, Winona Lake (NY) Fire Department, reminds us that we must be intimately familiar with our own engine tools; change hose en masse with standard flow characteristics; and, most importantly, learn how to test our fire attack systems.

So, in the end, we are in agreement with your statement that overcoming FL is required to deliver the correct target flow at the nozzle. Thanks for the opportunity to put our heads together and highlight the other critical details!

The world has changed astronomically in the past 20-plus years. Today’s world is more interconnected than ever before. According to the U.S. Census Bureau, the average American will move more than 11 times during a lifetime. Sixty-one percent of moving Americans move to a different state, but yet, the American fire service lacks portability of fire service certifications. Why?

Since those early times, the number and depth of those standards have grown. The inception of the International Fire Service Accreditation Congress (IFSAC) came about. Yet, fire service portability still does not exist. Why?

The individual states have some type of agency that manages and/or regulates fire service certification within the states. For example, Florida has the Bureau of Fire Standards and Training at the Florida State Fire College, Alabama has the Alabama Fire College, and the list goes on. 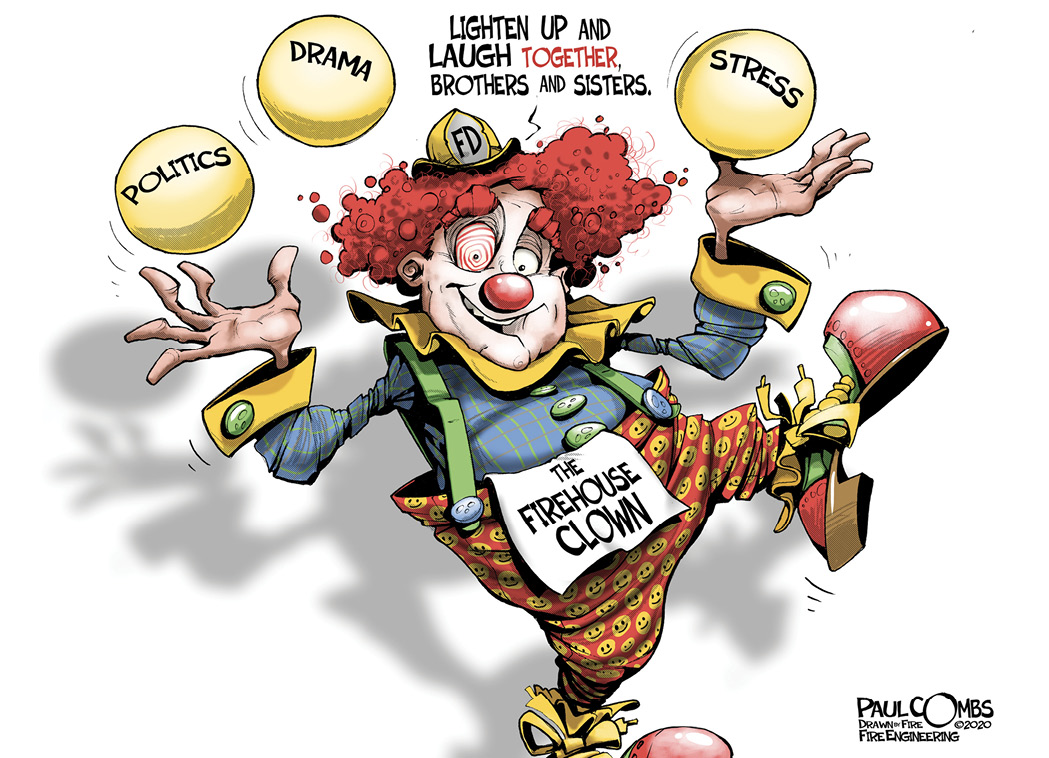