Women in the Fire Service: Vital to Our Survival

First, let me begin by saying that I am not a sociologist or any kind of expert on the human condition. I’m just a fire chief of a fairly small department located in Northwest Ohio who has hired a handful of female firefighters and has had nothing but success.

When I was a kid, I loved television. I remember in the late 1970s-early 1980s sitting down on the living room floor in front of the TV with a small bowl of popcorn and the treat of some ice-cold Pepsi. I could easily lose myself in the entertaining and exciting shows of that era. Two of my favorites included “Wonder Woman,” starring Lynda Carter, who I thought was perhaps the most beautiful woman I have ever seen, and “The Bionic Woman,” starring Lindsay Wagner, which was a spinoff of my all-time favorite show, “The Six Million Dollar Man.” These two powerful women could do anything a man could do. I remember being impressed with their ability, strength, and charisma all those years ago. Fast-forward several decades, and I still feel the same about women.

This is a topic I have often thought about but never put pen to paper until recently when I felt compelled to do so because of a little bit of gossip that got under my skin. During a recent advertised vacancy at our department, one of our firefighters told me he heard through the grapevine that a couple of potential applicants had made comments along the lines of, “I’m not sure I want to work there; that’s where all those girls work.” I didn’t feel angry but more saddened and disappointed. I thought to myself, “The person who said that could really be missing out on a great opportunity at what I believe to be is a very good fire department.” Also, it made me feel badly that they would take that attitude into some other organization and perhaps perpetuate it into the future and do nothing but hold back another department.

My county has five career fire departments with Local International Association of Fire Fighter-established unions. Currently, there are only three full-time female firefighters combined within these organizations. Who am I to tell another department how it should hire, who it should interview, and what its staffing model should look like? All I am saying is, we can do better.

Yes, we have had to make a few accommodations. All our restroom/shower facilities are unisex. They simply just have a lock on the door. Our full-time dorms are all private. Employees are not permitted to stroll throughout the fire station without wearing at least a T-shirt and shorts. And, so far, we have not had any issues related to gender, sexual harassment, and so on.

Often, I hear that many women do not have the physical fitness, strength, or stamina to do the job. My response to that would be, there are also many men who do not as well. Maintaining a high level of physical fitness and ability is critical for both male and female firefighters. If I have my choice between a healthy fit female and an overweight male firefighter who spends his days in the recliner, give me the female every time.

As I travel around the state of Ohio and the United States talking to fire service leaders, a common theme I hear over and over is that we are getting fewer and fewer applicants. Fewer people are taking civil service exams and fewer candidates are enrolling in firefighter training academies and paramedic schools. We must open the door to candidates who in the past may have seemed nontraditional.

You Got Assigned to the Box; Now What?

If you were like me or any of the thousands of our brothers and sisters growing up, you wanted to be a firefighter. The itch could have started early in your childhood or mid-teens. It doesn’t matter, it just got there, and you acted on it.

You prepared both physically and mentally; you took several department tests; and, finally, you got the call. You spent the next six months at the training academy. Mornings started with physical training, then classroom, drill ground, and EMT. Finally, you graduate from the academy and get your station assignment.

Several months go by, and you are sent out a few times to cover other spots in the department. You don’t mind because you’re a firefighter. Then it happens: You get moved to the med unit. You feel every bit of excitement leave your body like you’re melting. You grab all your gear, bedding, and whatever else you think you might need for the next 24 hours because the med unit is at another station.

As you drive over to the station, you start thinking that the last time you saw this truck was when it was at the shop when it first came in. You’ve never been in it, driven it, or even know what’s in it. You think to yourself, how can I be placed on a unit that I know nothing about? Yet, as you pull into the station parking lot, that thought fades.

You walk into the station and find the station officer to let him know you are here. He introduces you to your partner for the shift. Your partner shakes your hand and invites you to help him do the daily check out. Now is the fork in the road that decides your fate not only for this shift but for future assignments.

Having been on both sides of the fence, I can tell you with certainty that being on the med unit is not a death sentence. It is how you handle it that will determine how it turns out. There are ways you can make this your own.

First, accept it. Your department has decided to expand its mission and, as a member of the department, you must expand with it. I always like hearing, “I did not sign up for this.” The fact of the matter is you did sign up for this. You applied for, tested for, and trained for the opportunity to help people. Well, this is part of helping people. The business of the fire department is to be there for Mr. and Mrs. Smith whether their house is on fire or they are having a heart attack.

Second, get involved. Although it’s true that this was not your choice assignment, it is an assignment. You need to make every attempt to know what is on the truck and where it is. You did the same thing when you got to your first station, so this should be no different. Don’t be afraid to “lay hands” on the equipment—all the equipment. Take the time to learn how things work—for example, the stretcher. I’ve had to teach firefighters assigned to the med unit how the stretcher works. There is no shame in asking—better to ask before you are on a CPR call. That is one of the first things I go over with members doing their first shift on the truck. Nothing is worse than having to watch your partner struggle with something and then you have to redirect your attention to help him and not your patient. Go over every inch of the truck from the cab to the compartments to the rear doors. You will thank yourself later.

Finally, treat this assignment just like any other. You are there to help others whether you like the detail or not. Even if you’re unhappy being there, don’t show it. Mr. and Mrs. Smith are depending on you. Who knows, you might even like it. 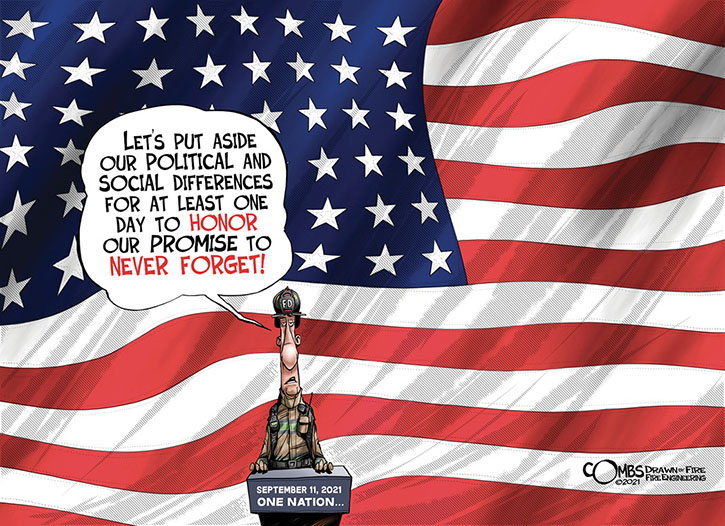