Captain James DcCourcy Hamilton, R. N., has been selected as the new chief officer of the Metropolitan fire brigade of London. As a naval officer Captain Hamilton has enjoyed a wide experience, and is said to possess the highest qualifications as an organiser. His record for bravery stands very high. Captain Hamilton is a man of forty-three years of age and has shown considerable capacity as an organiser. He is, besides, a man of scientific acquirements. and at the time of his appointment to the London fire brigade was in command of the torpedo schoolship Defiance, at Devonport. So far, however, as concerns his practical experience in the science of firefighting his record is silent. In that respect, however, he does not differ from his predecessors since the day of Chief Officer Braidwood’s death at the great Tooley street fire.

By the explosion of the boiler of the Tuscaloosa, Ala , Light and Power company a fire resulted; the building was wrecked, and the city was in darkness all night. Two negro employers were instantly killed, aqd the manager and engineer severely injured The boiler was carried two blocks, passing through three brick walls and landing in a department store 500 feet off Several other stores were badly damaged, and the total loss was over £70,000. 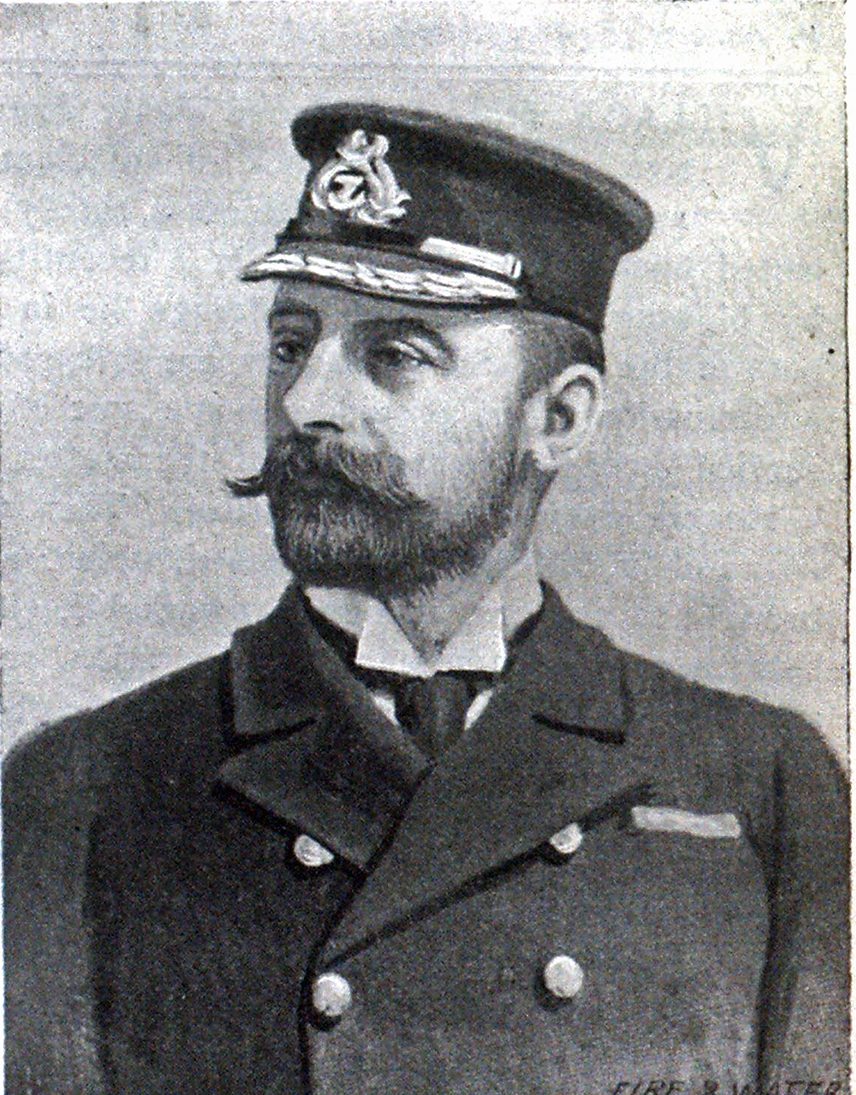 LIONEL de Lantour Wells, commander, R. N., whom the London county council has appointed as superintendent of the Metropolitan fire brigade, in succession to Mr. Simonds, resigned, is the son of Mr. S. Wells, of Bitterne Court, Hants, and Netherleigh, Cheltenham, and is thirty-seven years of age. Educated at Cheltenham, he entered the navy in June. 1871, and first went to sea in October, 1873, in the Bellerophon. Subsequently he served in the Druid, the Minotaur, the brig Seaflower, and the Northampton. He was also in the Iris, and was dispatch officer in command of a torpedo boat in the Egyptian war, from which he returned home to qualify for torpedo lieutenant, serving as torpedo officer at the Cape, where he assisted in the organization of the volunteer engineers and mining corps. From the Cape he went to the Inflexible and then to the Anson as torpedo officer, being afterwards employed as second in command of the torpedo school at Devonport. During his service there he was attached to the committee of the Naval exhibition in London, for which he arranged the mimic naval battles on the lake at Chelsea, and was in command of the blue, jackets and other men employed in London. He was next appointed second in command of the Barfleur.then to a similar position on the Benbow, and finally took command of the six torpedo boat destroyers at Devonport. When a midshipman, the new chief was on one occasion brought into immediate contact with fire service work. He was on board the Royal Mail steamship Nile, which was nearly destroyed by fire 300 miles south of the Azores, and he received great credit for the pluck he displayed in helping to subdue the fire. Commander Wells on taking over the active command of the Metropolitan fire brigade made a careful inspection at headquarters, and witnessed the process of an escape being “pulled up ” by a candidate for enrolment in the ranks of the fire brigade—the first test of strength to which all applicants are subjected, and by no means an easy one. Commander Wells thereupon doffed his jacket and accomplished the task himself in true sailor-like fashion. The chief of the Metropolitan fire brigade enjoys a salary of $4,500 a year, with such pension as attaches to the appointment under existing regulations, and $60 annually for uniform,clothing, and boots. He has besides free quarters, coal, gas, and medical attendance.one month’s leave of absence in the year, and his traveling expenses whenever he goes away on duty. He holds his position during good behavior, and must give ail his time to the fulfilment of his duties.

Chief Fiske and Mrs. Fiske, of the Framingham, Mass., fire department recently celebrated the tenth anniversary of their wedding. They received many congratulations from all quarters and many presents. The members of the fire department presented them with a magnificent sideboard.