WE hear once more of the revival of the scheme for supplying London with water from Wales. The project is daily assuming tangible form and, though it may be years before it is carried out, we may be sure that Londoners will not be baulked of what they have for so many years set their hearts upon—a plentiful and unstinted supply of pure and wholesome water. At present a ring of monopolists in the shape of the various water companies grasp the British metropolis by the throat,and refuse to relax their grip except at a price which it would be absurd to pay for what, after all, is by no means a firstclass article. To bring from Wales water of undeniable purity and wholesome quality would cost, including the buying up of rights under the Land Clauses act, building the necessary works, and aqueducts, laying the pipes, constructing tunnels, etc., something like $500,000,000. ‘This is certainly an enormous sum, which, of course, would have to be raised by successive loans, and would besides force Londoners to pay for some time more heavily for water than they do now. The expense, however, would be money well laid out and the cost would be more than repaid by the decrease in disease especially in the East End of 1 .ondon, where the water is by no means of the highest quality, and is doled out often at long intervals and in infinitesimal quantities. Glasgow and Liverpool have already solved the problem; the latter bringing its water from the Vrawny watershed in Wales, and the former from Loch Katrine, while Birmingham, Manchester, and other great manufacturing centres are likewise maturing plans to draw upon Wales for their supply. With the present progressive party in the London county council under the very aggressive and progressive presidency of Sir Arthur Arnold the question of introducing Welsh water into the metropolis should not be long in abeyance. No time would be wasted in discussion, if the water that Londoners drink were in the slightest degree comparable to the vile and poisonous filth that does duty for water in Chicago, Philadelphia,and other cities of the United States, or if the same difficulties in the way of supply existed in London as at present rule in Brooklyn. 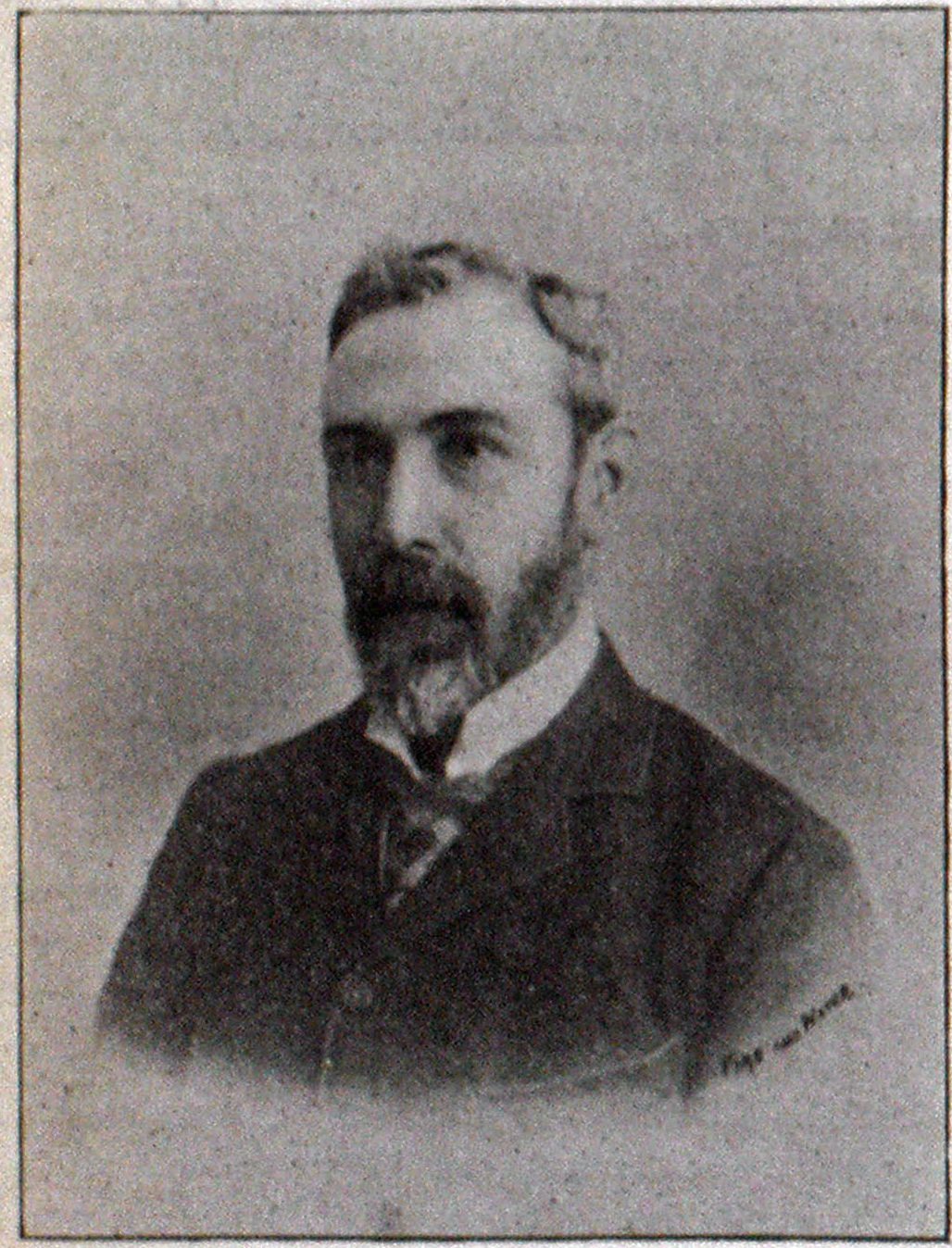 [Special Correspondence of FIRE AND WATER.]

THE charter incorporating the New River Company, granted to them by King James I. and which has continued in force up to the present day, prohibiting all persons from interfering with the New River, or bringing to the cities of London and Westminster, or the borough of Southwark, any other river or pipe for conveying or bringing water from any place whatsoever, without the license of the New River Company. The powers of the company have been further amplified and extended by various acts of 1’arliament passed at different times, and it will,therefore, be easy to understand the unique position held by this organization and the value of its shares.

The waterway, still known as the New River, beginning at Chadwell spring, is joined shortly by a cut connecting with the river Lea,from which a floating gauge,known as the New Gauge, allows 2,500 cubic feet per minute (say, 22,500,000 gallons in twenty-four hours) to be drawn, and at intervals along its farther course are numerous wells with pumping machinery for raising water from the large subterranean reservoirs of the chalk strata into the river channel. The length of the New River, originally forty miles, has been curtailed by the substitution of an aqueduct, in a more direct course than that permitted by the contour line alone, and now extends to about twenty-six miles only. From an early date the New River Company became interested in the river Lea, and, as a consideration for the large sums spent by them in maintaining and improving that river, powers were given them in 1855 to appropriate a part of the water for the service of London,and, after reserving for navigation purposes about 5,400,000 gallons per day, the New River Company,and the East l,ondon Waterworks Company have each a right to 2,500 cubic feet per minute, any surplus to be divided l>etwccn the two companies. So far as the New River Company is concerned, this preferential draught has never hitherto been exceeded. In addition to this quantity the company have available about 34,000,000 gallons per day from the Chadwell spring and and their various wells; and also from the ponds, etc. (which water is used only for non-domestic purposes), 330,000 gallons] in all, an available daily total of 56,830,000 gallons, which is constantly being augmented by further developments of the chalk well system. It is further to be taken into account that the increase in demand, although no doubt it will be continuous, is not likely to develope in the rations has been the case up to the present time. However, the average number of new supplies for the past forty years has been 1,664 annually, and,assuming that figure as the probable yearly average for forty years to come, which would at the end of that period raise the average daily consumption to 47,250,000 gallons, it is clear from what has already been stated that this would be well within the present resources of the company.

With the exception of a small quantity derived directly from the chalk wells, the quality of which is unquestioned, the whole of this company’s supply is subjected to sand filtration, under the constant supervision of Major General DeCourcy Scott, the water examiner appointed by government. The filtering area of this company per 1,000,000, gallons of daily average is 0.46, the area of the filter beds cleared during the mouth of December last being 19 3-5 acres—the average rate of filtration through a thickness of sand varying from 1 foot 7 inches to 2 feet 3 inches being 2 1-4 gallons per square foot per hour. The capacity of the company’s reservoirs of unfiltered water equals 4.7 days’ regular supply. To insure a regular standard of purity, daily inspections and analyses are taken of samples drawn from the company’s mains, and a monthly report based thereupon is made to the water examiner by the eminent l’rofessors Crookes and Odling, the chemical inspectors to the New’ River Company. More than 3,000 examinations have been made, and the result of one such, dated November 21 last, is herewith given as a specimen: Temperature (centigrade), 8.8; total of solid matter, 33,00; organic carbon, .137; organic nitrogen, .023; ammonia, nil; nitrogen, nitrates, and nitrites, .246; total combined nitrogen, .269; chlorine, 1.7; total hardness, 22.4.

This analysis is expressed in parts per 100,000. To ascertain the impurity per gallon, and hardness as per Clark’s scale, it is only needful to multiply by seven and move the decimal point one place to the left. The total nitrogen, for example, in the above return, equals .1883 per gallon, and the hardness is 15.68 according to Clark’s scale. With regard to bacteriological purity the following details may be interesting. The report of December, 1895, gives the total of colonies of bacteria per cubic centimetre in New River Company’s unfiltered water as 5,000. In the same water from the company’s clear water well, the number of colonies was 70 per cubic centimetre, “showing (in the words of the report) a very high efficiency in the methods of filtration employed by the company and that the quality of the supply is excellent.’’ The special feature selected in the analyst’s reports are the analyses by oxygen and combustion processes of daily samples; the testingof colormatter; the quantity of oxygen necessary to oxidize the organic matter; and bacteriological examination. With regard to these tests the New River stands highly among the Metropolitan companies, It may be desirable to point out that the color test consists in comparison with a certain specified standard of Brown and Blue respectively, and the daily ratio given thus: November 1, Brown 3, Blue 20, represents the color obtained by superimposing 3 millimetres in thickness of the standard Brown solution over 20 millimetres in thickness of the standard Blue solution.

The following details respecting the New River Company’s works, have been kindly placed at my disposal. There are at Cheshunt two storage reservoirs, with an area of 18 1-2 acres and a capacity of 39,000,000 gallons, which can be filled from the well adjoining; at Hornsey, subsiding and storing reservoirs of a capacity of 8,500,000 gallons, and area 8 acres, with eight filtering beds, having an area of 51-4 acres. An average of 7,000,000gallons per twenty-four hours is delivered to service reservoirs from this point. Still nearer London are two more subsiding and storing reservoirs, of a joint area of 42 1-2 acres, and a capacity of 90,000,000gallons. These are connected with nine filter-beds, of an average area of 1 acre each, and from this station a daily average of about 19.000,000 gallons is pumped to the service reservoirs. At the New River head the water, after passing through a subsiding reservoir, reaches three filtering beds of a total area of 2 1-4 areas, from which about 6,000,000 gallons per twenty-four hours are raised for service. In connection with these are pumping stations raising the water to heights varying from 139 feet to 446 feet above the Ordnance datum, with capacity at three stations for further increasing the height about fifty feet.

In a later article I will give the description of the pumping engines and other special features.

P. S.—Since sending off my first letter on this subject, Mr. Myddelton, to whom I have referred as the eldest representative in the male line of the family of Sir Hugh Myddelton,and at present one of the managers of the New River Company, has made the following alterations in the figures furnished to me and embodied in my letter. The present value of a share is more than $500,000 and not $85,000 as given in page 115 of the issue of FIRE AND WATER for February 29, and the highest price fetched in open market was not $95,125, but $614,000! The New River supply in 1895 was 38.125,000 gallons.