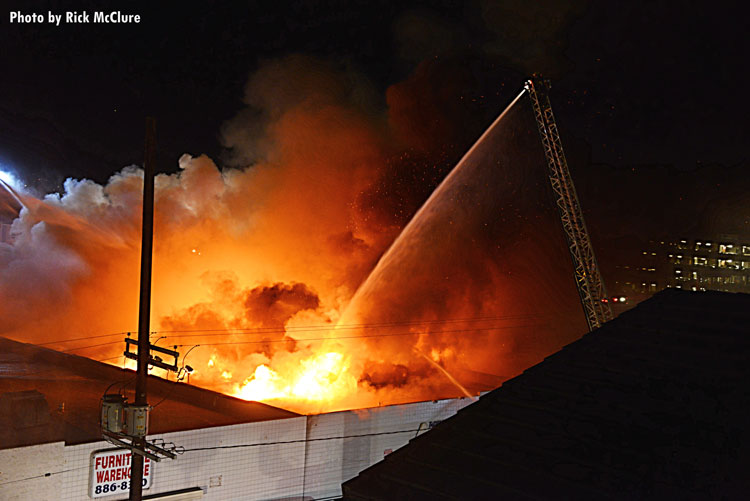 More than 100 city of Los Angeles (CA) firefighters responded to a major emergency fire at a commercial structure in July 2018, and fire photographer Rick McClure offered some photos from the scene.

LAFD fire crews responded to a fire in three businesses are located inside the 300 x 300 building in the Northridge section of the city. The structure included a furniture-type warehouse on one side, printing business in the middle, and another unidentified business on the opposite side. Initial reports had a large pallet fire behind the furniture warehouse business with flames spreading into the furniture and then printing business.

As the flames intensified and began burning through the roof of the printing business, firefighters transitioned from a coordinated fire attack with vertical ventilation to defensive operations. Two employees were reportedly inside the building when the fire began but exited the building prior to assistance without injury. There were no reported injuries.