The annual report of Chief A. J. Eley, of the Los Angeles, Cal., fire department, for the last fiscal year shows: Property loss during the year amounted to $773,035. This amount Chief Eley says was $494,820 less than the previous year. The cause of fires in 32 instances during the year was due to arson; bonfires, rubbish and grass fires, 795; carelessness with gasoline, 53; chimney fires, 55; distillate overflow, 71; defective flues, 30; defective gas heaters, 22; electric irons, 28; defective wiring, 18; gasoline leaking, 58; leaking gas pipes, 15; overheated stoves, 26; overheated gas stoves, 24; chimney sparks, 44; spontaneous combustion, 33; smokq scare, 82; careless use of matches, 17. In addition, 20 fires were caused by the careless use of matches by children. In 648 instances out of a total of 2,723 alarms, the causes of fires were not known.

The report recommends the purchase of eight motor-driven combination pumping engines and hose wagons, four motor-driven combination chemical and hose wagons, three motor-driven city service trucks, seven automobiles for use of battalion chiefs and mechanical engineer, one-ton truck for fuel wagon, searchlight and supplies; two motordriven tractors, six motor-driven tractors to motorize steamers at various engine houses and five motor-driven chasses for reconverted hose wagons, and that a modern fire boat with a capacity of not less than 9,000 gallons per minute be purchased in order to give adequate fire protection to shipping, including eight miles of wharfage and millions of dollars worth of property at Los Angeles Harbor, as the present method of fighting fires at the harbor is “entirely inadequate to cope with any serious fire, especially with high winds that prevail there.” 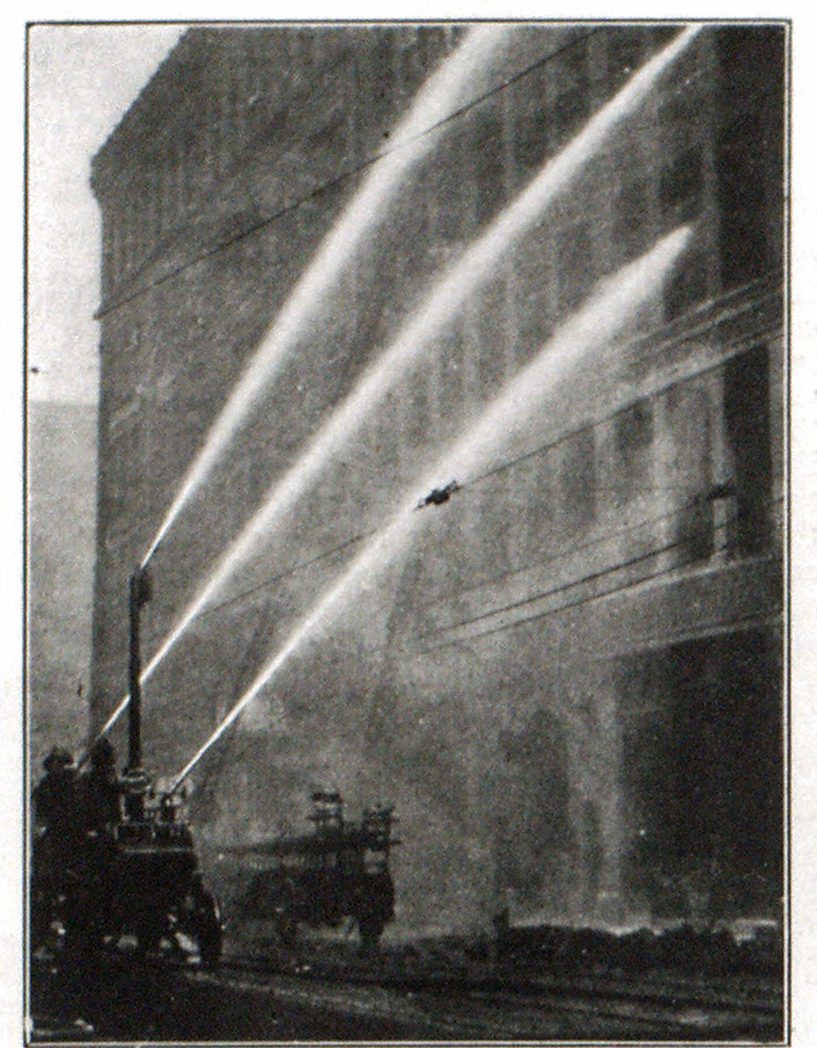