Superintendent Mosby, of Cincinnati, has ordered that no discrimination shall be made in the selection of meters.

The National Meter company has raised its figure for meters sold to 620,000. This is keeping pace with the number regularly turned out by the company and is satisfactory, especially when it is considered in connection with the statement made in another place in this issue.

In a discussion on meter rates at Wilmington. Del., the Morning News of that place comments editorially on the subject as follows: “The user of a meter who pays ten dollars a year and consumes water only to the amount of four or five dollars is paying for what is not received on tinbasis of the charge per 1,000 cu. ft.; but the con sinner who uses water to an extent greater than ten dollars pays only for what he draws. In es timating the cost of serving water, it is necessary to take into consideration alt the operating ex penses, and they include the cost of the meter, the repair account, the inspection and the office work, as well as the actual cost of pumping and delivering the water. On these figures the basis of charges per 1,000 cu. ft. should be determined If the cost makes necessary a slight increase in rate, it is better to make that increase. But it does not strike the consumer, or the average man of business, as a fair proposition to place meters and then fix a minimum cost for the use thereof without any regard for the actual amount on sumed. Under the meter system it is easily discovered just how much water a consumer uses, and if the amount is more than ten dollars—the minimum rate—then it is known what the profits are. This is, of course, assuming that there is a correct knowledge of what the actual cost is, in eluding price of meter, repairs, etc., etc. The wastage of water is prevented by the use of meters and that is au important factor. 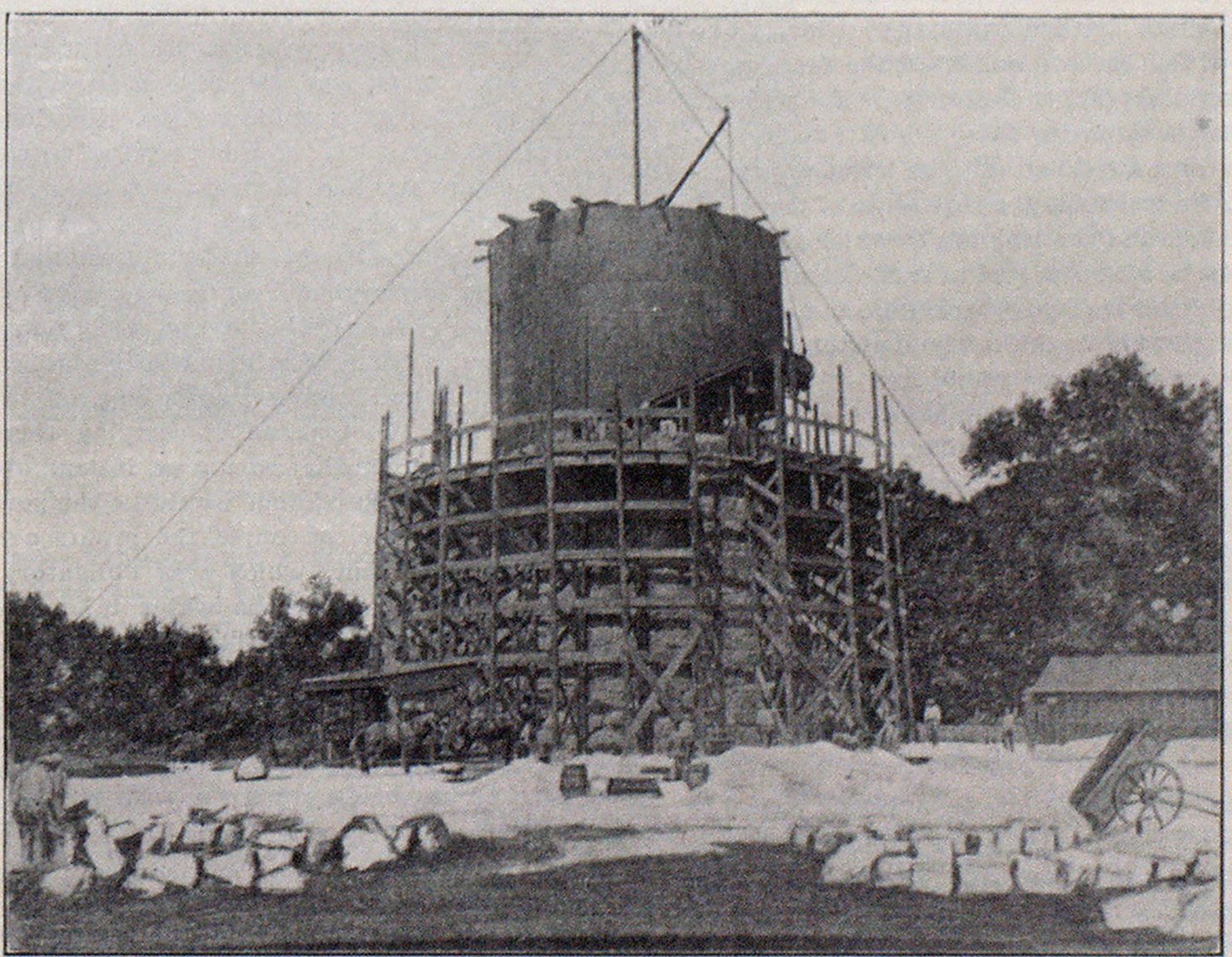 The growing use of water meters and the common practice of private water companies and of cities in requiring householders to pay a minimum monthly or yearly rate, regardless of the fact that the meter may not show the value of water used, lends interest to a recent court decision on this subject in Wisconsin. A consumer in Manitowoc, in that State, who had refused to pay for more than the actual water used, sued the water company for damages, and sought a court order to compel the restoration of the suspended service. He won in both his contentions, the court holding that the franchise privilege given the company to charge a minimum rate had no weight in the affair. Only the fact that consumers have failed to keep a record of the water consumed, saves the company from a batch of suits to recover.

Charles J. Bates, in writing to the New York Times on the subject of the “Advantage of water meters” gives some interesting facts. Mr. Bates says that he lives in the country, on the line of the mains of the Hackensack, N. .T., Water company, and has an acre of ground. It is his habit to rend his water meter every Sunday morning, and thus he detects leakage and waste and [takes] measures for correction before it has gone far. The following (he adds) is my record for five years ending December 80, 1900: Total water consumed in five years, 50,161 cubic feet; average consumption per year, 10,032 cubic feet; average consumption per week, 193 cubic feet; 193 cubic feet at seven and one-half gallons equals 1,447 gullons per week, or, say, 209 gullons per day. The family, composed of six grown people and a servant, making seven, therefore, consumed for each one an average of a little less than thirty gallons per day. We use water freely. One acre of ground needs more or less watering. A small greenhouse needs its share, and we do considerable photographing; but the average for all purposes is as stated above. The greatest benefit of the meter to me has been as a detector of leaks. We use water very freely, but avoid wasting it. It seems to me it might be a good idea for The Times to get from the Hackensack Water company a copy of its pamphlet on the subject and publish its reasons for adopting the use of meters. There seems to be no doubt of their great advantage.

The New York Times is away off in its figures ns to the daily per capita consumption of water in this city and what it considers a sufficient per capita allowance for domestic purposes. It neglects, also, to enumerate the various uses to which water is put outside of domestic purposes, many of which, such as streetsprinkling, fire, and police departmental purposes, public fountains, park purposes, and the like, ought most certainly to come under the head of direct per capita uses. Be that us it may, however, it has taken a commonsense view of the meter question, and, commenting upon a letter which it published on the subject of the use of water for domestic purposes, it says editorially:

We assume that the correspondent whose letter we refer to is a gentleman living under comfortable conditions of domiciliary environment. We may also assume that he has a family, or is a member of one. If the subject of water-waste interests him enough to excuse writing about it, he would do well to procure a water meter and attach it to the service pipe of his house, if, having done this, he will divide the total reading of gallons used in a given time by the number constituting his household, he will probably find that the daily per capita consumption for which he is responsible is less than twenty gallons per head. Many who have tried this instructive experiment, after putting their fixtures in order, have found it to full below fifteen gallons. The allowance of twelve gallons per head per day for domestic use and house waste in New York was liberal.

Of course, the above estimate cannot be indorsed as correct, even if only strictly domestic uses are taken into consideration. But the remarks serve to point the moral, that meterage of water saves expense to the consumer as a consumer, and, where the supply is municipal, as a taxpayer.