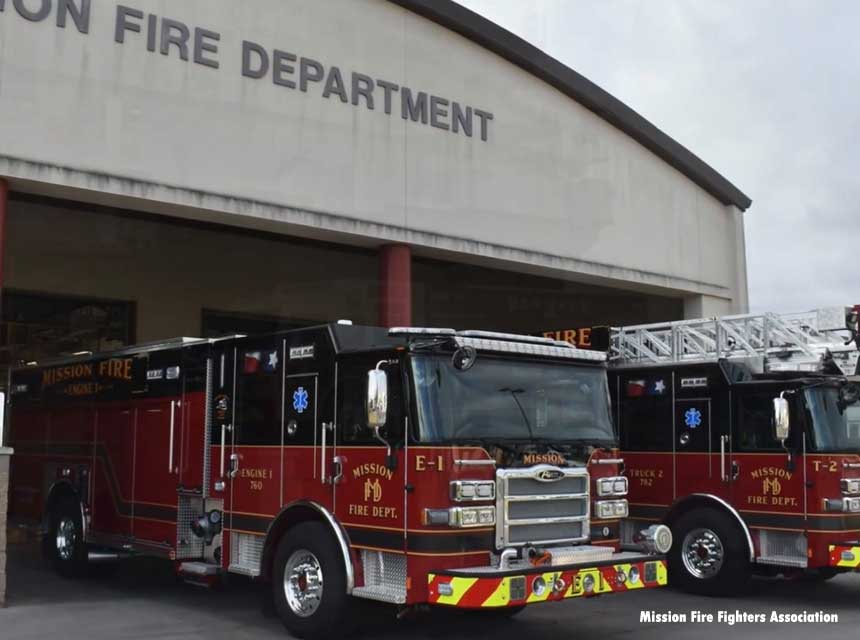 In a letter issued to Mission Mayor Armando O’Caña and the city council, Robert Lopez, a Mission firefighter and president of the Mission Fire Fighters Association, wrote that a “large majority” of their members had lost confidence in both chiefs and called for an investigation into the department’s leadership.

“For more than 3 years, we have sought to help address the increasingly urgent operational and leadership issues within the fire department,” Lopez wrote. “The fire department administration has rejected nearly every opportunity to resolve issues that include unnecessary risks to firefighter and public safety.”

He further accused them of lacking transparency, failing to follow the direction of the city council and staff, and alleged an overall toxic and hostile workplace environment.

O’Caña and City Manager Randy Perez said they could not comment on personnel matters.

Sanchez and Alvarez did not return a request for comment.

Lopez said the meeting, which was held Monday evening, was called by the membership and ultimately about 90% of them were in favor of the vote of no confidence.

“There’s a lot of disruption from all the ranks, from firefighters all the way up to the deputy chiefs,” Lopez explained. “They feel like they’re not being allowed to do their jobs, they’re not getting their responsibilities that they had before, and sometimes it feels like it’s being micromanaged.”

But the letter is by no means a call to terminate Sanchez or Alvarez, Lopez said.

“It’s just we’ve tried everything we can to try to work with them, all we’re doing is asking now the council to intervene,” he said.

“Again, it’s not saying that we want to see anybody terminated because that’s the last thing we want,” Lopez added. “It’s just us asking now for help.

“We want to work with our administration, we want to make us the shining stars that we were in the past, which I think we still could be,” he said.