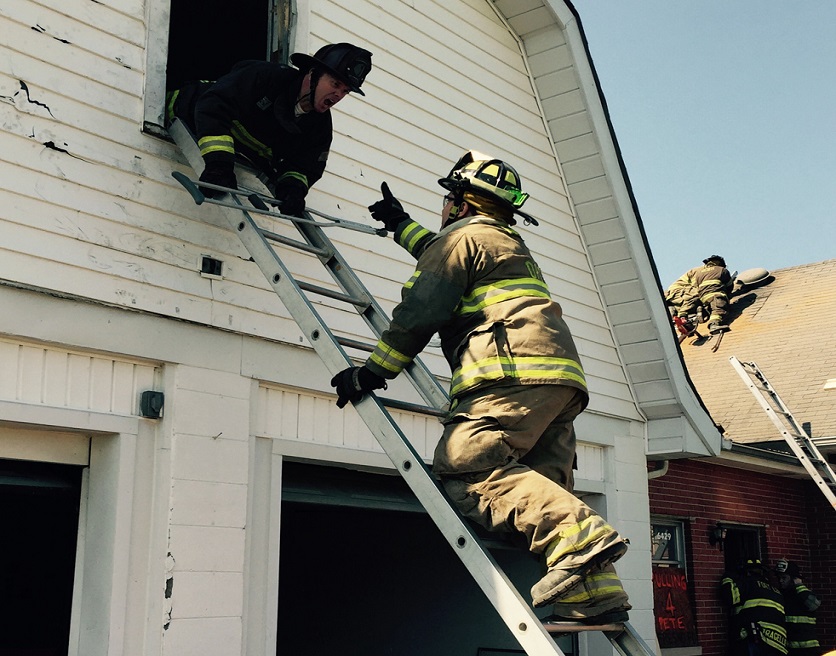 In the volunteer fire service, we sometimes worry about being popular more than being competent. To be sure, popularity can have an impact in that dreaded volunteer fire service election or in earning a promotion, but if you strive for respect by competently going about your tasks, taking care of your assignments, and maintaining a bit of humility with the ability to interact and treat people nicely, popularity will follow.

If you do not like dealing with people or accepting the fact that they all don’t think the same way as you, perhaps you should reconsider being an officer and stay on as a frontline firefighter. Because officers work with all types of people, it’s imperative that officers strive to get to know and understand them. Our volunteer departments are made up of members with very diverse personalities, different learning curves, education levels, and different reasons for joining their department. It’s also important to understand that your members will come to you with all sorts of problems, issues, complaints, and ideas that might even border on ludicrous. However, in most cases, most members can bring something to the table that benefits the organization. Don’t think less of your people or give them the cold shoulder because they think differently than you do or have different interests. Work with your members and build your team.

While you get to know them, learn how to talk to them, but beware: words and mannerisms have consequences. What you say and—more importantly—how you say it really matters. It may even influence whether that member comes to the firehouse to drill, for work detail, or for an emergency call. Demeaning or ridiculing people or displaying disrespectful mannerisms while listening to them deflates, not inspires, a team. As an officer, you lose credibility and respect as well.

The officer who truly listens to his members and respects their points of view gains credibility. Obviously, you can’t act on every suggestion and do everything they might want, but it’s so important to give them your undivided attention. Try not to look at your phone or in some other way be distracted while they are talking to you about a situation. Always acknowledge that you understand what they are saying as well as their point of view. If you appear to be distracted or are only “half listening,” the member will feel slighted. Never respond angrily or in a mean or condescending manner; this will only serve to demotivate the member. It may inhibit him from ever approaching you with an idea again. Who knows—his next idea might be a great one! Volunteer officers who are mean or treat people disrespectfully often turn around to see that there is nobody there to help at the detail or, worse, at an emergency call. Your words and mannerisms will make an impact on people.

A reputable officer never becomes so arrogant to think that, because he wears the officer’s badge, he is done learning and training. This also applies to the oft forgotten administrative side, too. Work hard to understand the nuances associated with the office. Often, when officers assume office, they have little understanding about the duties and responsibilities that come with it. Sometimes, they get lucky and manage to get through their term without any major mistakes or oversights. However, the potential exists where some major errors can be made that could lead to potential legal problems. It’s imperative that officers ask questions and work hard to learn as much about the office they hold as they possibly can.

Good officers recognize their weaknesses and are honest about what they need to improve. They learn to look in the mirror and ask, “What can I be doing better?” Yes, chances are, there are aspects of the job at which they are very good or they wouldn’t have gotten the promotion. However, they must never stop learning, enhancing their skills, or considering new ideas. They don’t have to strive for perfection in everything, but they must be good at what they do and that for which they are responsible.

As an officer, you should read trade publications, attend conferences and trade shows, and embrace networking with peers near and far. Today, these actions seem to be more and more overlooked, but there is no denying the benefit of getting outside of your “bubble” to learn and talk shop with other fire service people. Many years ago, I was a young chief officer at FDIC International and an instructor singled me out simply because I was participating in hands-on training as a chief officer. He announced to the crowd that too many chief officers believe that, once they get the white helmet, they don’t have to work hard and train like frontline firefighters. Nothing could be further from the truth. As a firefighter and an officer, you must commit to life-long learning.

Another personality trait of the reputable officer is his ability to control his emotions. If you get excited over “little stuff” in the firehouse, how can people count on you when things get real on the fireground? It’s safe to assume things will go wrong on the emergency scene from time to time. On the administrative side, company meetings will be contentious and controversial from time to time as well. Remaining calm, cool, and collected is a great attribute of the professional fire officer.

The one reputation you don’t want as a volunteer fire officer is being lazy. I am not just talking about sleeping through calls, although I used to tell my officers that they should always expect to be tired. Don’t earn this reputation by being a minimal contributor, muddling through training, not being interested in your department’s activities, or not doing the jobs expected of you. Officers need to be engaged and show real passion for their work. Even if it’s not a glamorous job (i.e., taking charge of the new million-dollar ladder truck) or it seems insignificant (i.e., logging the hose testing results in the computer inventory module), the reputable officer understands that it’s all important work that contributes to the department’s overall success. In his highly acclaimed leadership book, No Exceptions Leadership, Chief Jason Hoevelmann sums it up best when he says, “Laziness breeds doubt. Don’t be lazy.”

I will finish with one more trait all volunteer officers should embrace: being nice! We are living in a very mean-spirited and nasty world today filled with very judgmental and controversial people. Being friendly, respectful, and civil toward one another might not be as common on the street as it once was, but as professional fire officers we should treat all people well, in our own department as well as out in the community we protect. When you read or see something posted online with which you do not agree, ignore the temptation to lash out and criticize. Stop the trolling on social media and recognize that everybody has a bad day from time to time. Fire departments and firefighters make mistakes and exercise poor judgment. Make yourself a better firefighter and help your department benefit by learning from these incidents. Don’t attack and vilify the very comrades we celebrate as brothers and sisters. That is anything but professional. Be nice!

Officers set the overall tone for their departments and help chart their course into the future. It’s admirable when a firefighter decides to seek promotion to an officer’s rank, be it on the administrative or firematic side. A certain level of respect automatically comes with the new badge, but it’s important for the new officer to realize that there are a number of traits and attributes they can embrace that will solidify their reputation as a competent, dedicated, and professional fire officers in a professional volunteer fire department.

THOMAS MERRILL is a 35-year fire department veteran and a former chief of the Snyder Fire Department in Amherst, New York. He is a fire commissioner for the Snyder Fire District. He served 26 years as a department officer including 15 years in the chief officer ranks. Merrill recently completed five years as chief of department. He has conducted various fire service presentations throughout the Western New York area as well as at FDIC. He also is a fire dispatcher for the Amherst (NY) Fire Alarm Office. He can be reached at tamerrill63@aol.com.