In the past few months articles have appeared in “Collier’s” and the “Outlook,” reviewing the automobile development in the last quarter of a century. This deals particularly with the first road race, and really with the first public demonstration of the practicability of the automobile as a means of conveyance. In that day they called them “horseless carriages.” The race was run in Chicago on November 2, 1895. The H. Mueller Mfg. Company, with their imported car, won it, Oscar B. Mueller acting as chauffeur of the car, although the word “chauffeur” had not yet been annexed, appended or otherwise adopted by us. No more had the word “automobile.” The race was run under the auspices of the Chicago “Record-Herald.” From that day began the development of the automobile industry in this country. The fact had been demonstrated that a motor-propelled vehicle was practicable. It is not generally known, however, or else it has been generally forgotten, that the progressive H. Mueller Mfg. Company were pioneers in this new method of travel. There is a little history back of the Mueller automobile, or motor wagon, as it was called in those days, which has never been told in public print. The late Hieronymus Mueller, who founded the Mueller business at Decatur in 1857, had a wholesome distrust of horses. He did not feel at home behind a horse, but he felt perfectly at home with anything mechanical, because his whole thought and energy were directed to things mechanical. He was a man who read and studied everything pertaining to mechanics and who persistently developed new thoughts along these lines. When foreign papers brought to his attention the progress being made with motor-driven vehicles, he determined to own one. He ordered the car from Mannheim, Germany, near his old birthplace, and the duty on it was $900.00. It was a sevenday wonder when it arrived, and whenever it was brought out crowds stopped to watch it and bicyclists pursued it through the streets. Mr. Mueller found things about this car which did not suit him and promptly made alterations which improved his car. Then he built several automobiles embodying his own ideas, and for many years these cars were run on the streets of Decatur, demonstrating that Mueller ingenuity and quality had not been overlooked in their building. Mr. Mueller once seriously considered entering the field as an automobile manufacturer. At the time of his death he was engaged on a new model of an engine which he had designed. His sons, whose pictures are shown herewith, determined to stick to the brass goods lines, and the success they have attained fully justifies their judgment. The automobile incident, as related, is indicative of a strongly developed trait in the Mueller family—progressiveness. That has always been an axiom with them. They believe in forging ahead, in adopting new ideas and of keeping in the lead. The foundation of the Mueller business was laid by the late Hieronymus Mueller when he invented the tapping machine, which is used wherever there are water works. This was followed by the establishment of a small brass foundry for casting corporation and curb cocks. From this beginning has grown the big factory at Decatur, Illinois, where between 800 and 000 persons find steady employment. The Mueller line includes water, plumbing and gas brass goods. Each line is very complete, embracing all the brass goods and tools used by either trade. The late Hieronymus Mueller was a man who believed in quality. It was a tenet of his faith years before the indiscriminate claim of quality was made, by dealers and advertisers. Mr. Mueller invariably demanded the best tools and materials with which to work. He wanted a dollar in value for every dollar spent, and in return he insisted that his customers should be given a dollar in value for every dollar they paid him. These principles were inculcated in the business training of his sons, who were early associated with their father in the management of his affairs. They are an axiom now in the Mueller plant. “Do it right” is drilled into every employee. A careful system of inspection and tests from the drafting room to the shipping room, with exacting attention to metals, workmanship and methods, result in the maintenance of the high grade of the Mueller products. The Muellers know that it pays. They know that the trade wants goods that will measure up to any service requirement, goods that will wear, and it is this class of goods they take pride in furnishing. 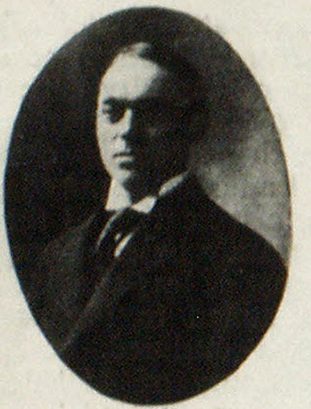 The Mueller Manufacturing Company, of Decatur, Ill., has the unusual distinction of being composed of five brothers, in whom manufacturing and business talents have been so equally divided that it is not necessary for them to step outside of the family for the head of any department of its big plant. The sixth brother, Henry Mueller, who was an inventive genius and a thorough mechanic, died a few years ago. The other member of the Company who does not figure in the business is Mrs. Leda Mueller Cruikshank. The divisions of the business are attended to by the following brothers: Adolph Mueller, president and head of sales department; Robert Mueller, secretary and head of purchasing department; Philip Mueller, superintendent of factory, designer and inventor; F. B. Mueller, field secretary and head of traveling sales force; O. B. Mueller, treasurer and manager eastern division, New York city, also of the new factory at Sarnia, Ontario. In addition to being made up entirely of members of one family, the company enjoys other distinctions. All of the Mueller boys were born, reared and educated in Decatur and the neighboring University of Illinois at Champaign. Under the tutelage of their father they entered either his factory, or business office of same, in boyhood, and were trained under his direction especially in mechanical lines, and he was a mechanic of extraordinary genius. Under his direction his sons not only learned the business end. of the game, but all of them obtained a thorough insight into the practical end of manufacturing. The business of the elder Mueller, however, was limited, and the oppor. tunity for branching out in manufacturing lines came after the sons had attained their majority and were able to see and grasp the opportunities opening up in the brass goods line. Possessing the ambition of wide-awake young Americans they laid the foundation of the present big business, having the advantage of the guidance and practical advice of their father and his wide experience. The spirit of progressiveness has always been nurtured, and to-day the firm is actively alert to improve each opportunity for strengthening and broadening its business. The late Hieronymus Mueller, father of the five boys, whose pictures are shown herewith, began ousiness in Decatur in. 1857, in a humble way, as a gunsmith and locksmith, his place of business being a little one-story frame building, and from this he constantly expanded and built the foundation upon which rests the Mueller enterprise of the present day. The Mueller boys enjoy still another distinction in the tact that the business which they command to-day ami the fruits thereof have been the result of patience, steady, determined purpose, unaided by outside influence or finance. The business therefore represents solely their untiring efforts, thrift and good judgment. Many of the older residents of Decatur, who knew and enjoyed the acquaintance and friendship of the late Hieronymus Mueller, and remember his humble beginning, marvel at the fact that his five sons should to-day stand at the head of the greatest industry in Decatur, and that their name has been carried to every part of the world through the goods they manufacture. This success is unquestionably due in a large degree to the fact that the sons have with unvarying fidelity adhered to the theory and practise of their father of maintaining the work and product up to the highest degree of quality