The increasing popularity of the products of The Multiple Woven Hose and Rubber company, whose factory is located at Worcester, Mass., is but another instance of success built up strictly on the merits of the goods themselves. The Bimoore brand of woven fire department hose, which is this company’s specialty, combines in one fabric the features of a solid, multiple jacket and plain, double-jacket hose. Strength, lightness and flexibility, as every practical fireman will agree, are three prime conditions of good fire hose: and it is in the Bimoore fabric that these elements are realised to a degree which is entirely impossible in any other make, of hose. In weaving Bimoore jackets, the construction of the inner and outer jackets proceeds simultaneously, on the same loom, pick by pick, under very high and even tension of both warp and filling yarns. This method insures absolute uniformity of manufacture—a most important condition of any textile product, but doubly so in case of such an article as cotton fire hose, in which the presence of the least defect in the weave, however insignificant in appearance, may prove the undoing of an entire 50-ft. length in service. Perfect control of the tensions of the yarns in weaving hose-jackets not only adds to the strength and appearance of the product, but, also, lessens the amount of elongation and expansion in the finished goods. As an evidence of the success which the manufacturers of Bimoore hose have attained in this direction, it may be stated that, in a recent test of a 50-ft. section of this brand of hose taken at random from stock, the expansion was hut 1-16-in. and the elongation but 25 in. under a pressure of 400 lb. to the square inch. A characteristic feature of the Bimoore hose is the binding together of the two jackets. This epochmaking discovery in the manufacture of multiple woven hose fabrics is the invention of Dr. George D. Moore, the practical manager of the Multiple Woven Hose and Rubber company. Multiple woven jackets are not at all new in the hose line; but they all pale into insignificance in the light of this latest and most modern achievmcnt of placing the binder-warps round the jackets at stated intervals only, instead of crowding them into the fabric side bv side with each of the body-warps of the jacket itself. In order to appreciate fully the construction of Bimoore hose, let the reader consider the circular hose fabric as divided into fo ir distinct sections, or quadrants, of 90° each. In the first of these divisions binder-warps or “tie-threads” are placed side by side with each body-warp of the fabric itself. Then, for the second section, the binders are omitted. They appear again in the third quadrant, and are omitted in the fourth. The bound and unbound sections, therefore, alternate with each other, measuring round the circumference of the hose. This has given rise to the characteristic name “Alternate multiple woven hose,” under which term the Bimoore brand is otherwise known. It is after the rubber lining is inserted that the true significance of this construction manifests itself. Stretched out on the table, the hose lies perfectly flat, the bound-together sections appearing on the top and bottom, and the unbound, or loose portions on the sides. In flattening out the hose, these sides or edges of the fold are not strained, because the outer jacket yields over the inner one, like a hinge, when the hose is compressed. A like result obtains in folding up the hose back and forth, when it is packed m a hose wagon, the outer packet yielding on the inner one and affording a flat, compact bend, in which neither jacket is strained, because each adapts itself separately to the fold mg process. Again, the jackets being firmly bound together on top and bottom, there is never any kinking or bulging away of the one jacket from the other and the consequent occupying of unnecessary space in the hose wagon—a condition familiar to all users of ordinary double-jacket hose. Every fire chief recognises the importance of getting as much hose as possible into every hose wagon in his department. It not only saves valuable time, which would otherwise be consumed in sending back to headquarters for morehose, but it affords the first company on the ground at a fire the opportunity of reaching the blaze and checking it before further damage is done. Many a conflagration might have been nipped in the bud if there had been a hundred feet more of hose in the first line that was laid. Hose wagons will actually hold from 10 to 15 per cent, more Bimoore hose than any other make. Flexibility of fire hose, when in service, is a feature much desired and sought after by firemen, but not always found. In the endeavor to make hose-jackets of sufficient strength to withstand high working pressures, flexibility is too often lost sight of. A hard, stiff line of hose, no matter how strong it may be, is not an easy thing to handle at fires. It is hard to drag round corners, over eaves, roofs and window-ledges. Strong hose is a good thing; but strong, flexible hose is better, because it is easier to manage and can be handled more rapidly and with less labor Bimoore hose combines to an extraordinary de gree these two features of strength and flexibii ity. Light, strong and easily handled, it has won its way with the firemen strictly by its merits. 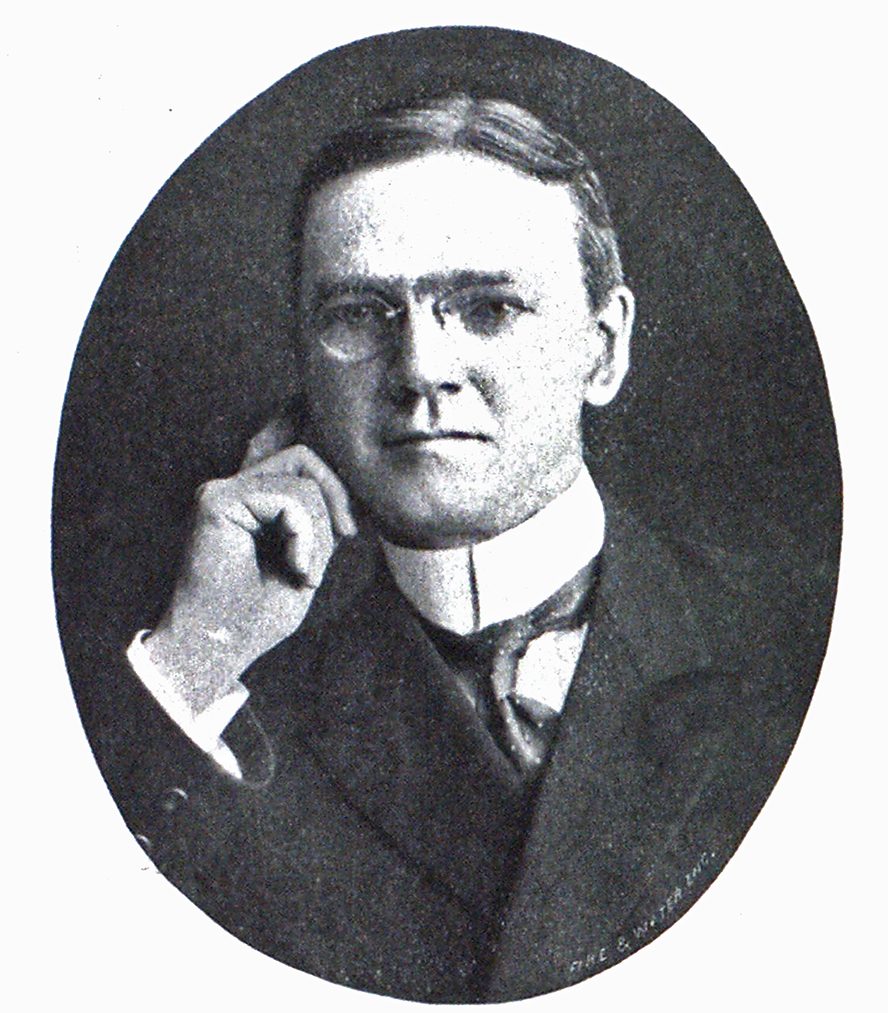 A new fire hose has been placed on the market known as the “Bi-Moore” and “Tri-Moore” brands of Multiple Woven two and three-plies, rubber-lined cotton fire hose. These brands embody the best qualities of the “Solid Woven” hose and the “Jacket” hose, in that they are solidly woven together in two sections of their circumference, both sections equaling about three-quarters of the whole circumference, leaving two sections equal to one-quarter of the whole circumference unbound. By this method the various plies, for that distance, running the full length ot tiie hose, are left entirely separate from each other, thus including the moisture-excluding qualities of the “Solid Woven” and the flexibility of the “Jacket” hose. The result is. that more hose of the most durable kind, may be carried on a reel or wagon. Other merits of the “Bi-Moore” and “Tri-Moore” brands are their ability to withstand an unusually high hydraulic pressure to the square inch. The very small amount of elongation when subjected to 400 pounds hydraulic pressure, an expansion under similar pressure of less than onethirty-second of an inch, and, what is of the utmost importance, when the pressure is being applied, the elongation is in a direct line, without squirming, and the absence of twisting, which heretofore has been impossible to overcome. Great care is being observed in the construction to make the “BiMoore” and “Tri-Moore” brands reliable and durable, and this result will be produced by their qualifications. The excellence of the rubber lining employed in the construction of the “Bi-Moore” and “Tri-Moore” brands of hose is in keeping with the other high-grade materials used. The Multiple Woven I lose and Rubber company, of .45 Warren street, Manhattan, New York, are the manufacturers. and the firm also makes second grades of two and three-plies hose—”Blue Ribbon.” two-plies, and “Trump,” three-plies. These are both solid Multiple Woven and are made of exactly the same materials as the “Bi-Moore” and “Tri-Moore” brands, and are inferior from the nature of their construction only in that they do not possess the durable qualities of the “Bi-Moore” and “Tri-Moore” brands.