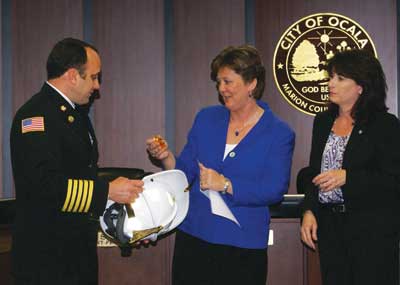 The Danville (CA) Area Chamber Of Commerce named RICHARD PRICE as its 2012 Citizen of the Year for his commitment to public service, community, and citizen-helping-citizen outreach program. With Price as its chief, the San Ramon Valley (CA) Fire District (SRVFD) released a location-aware mobile phone application that allows citizens to provide life-saving assistance to victims of sudden cardiac arrest. As a result, Price was selected by the American Heart Association as the 2012 “Heart of Gold” honoree, which honors an individual who has made significant contribution to the advancement of cardiovascular disease protection and has enhanced the welfare of the Greater Bay Area community. Price was appointed as the SRVFD’s chief in July 2008.

The New Chief of Indianapolis