November Meeting of the Association.

On Wednesday, the 9th inst., the New England Waterworks association held its November meeting at the Hotel Brunswick in Boston. Owing probably to the day being that which followed the election, there was a marked falling off in the number of members present. President Edwin C. Brooks presided, and Morris Sherrerd, president of the American Water Works association, occupied a place beside him. After lunch the meeting was called to order, when Secretary Kent read applications for membership from Messrs. Hague, Gregory, Bowker and Edward Atkinson, and they were duly elected. Letters were read from the following, who were notified of their election as honorary members: John C. Trautwine, jr., Desmond Fitzgerald, W. P. Sedgwick, Charles Hermany and J. J. R. Crocs. Desmond Fitzgerald delivered a brief and humorous address, in which he stated the great pleasure it gave him to be back again in the association with his old friends like Walker and Coggeshall. He had been absent on a trip to the far East, which had occupied nearly two years, and had visited Japan, China, the Philippines and other countries. He then read the following parody on “The Old Oaken Bucket,” which was greatly appreciated:

Dear, dear to my heart are the thirsts of my manhood, Quenched deep from the pipes of our public supply; The sources protected by acres of wltdwood

And meadows that stretch far away to the sky.

The long Iron pipes that are sunk In the gravel To gather the waters all filtered below,

The engine and pump -a hlgh-duty marvel—

And e_____en the bright faucet all ready to flow;

The self-closing faucet all ready to flow.

That silver-washed faucet I think is a daisy.

And ready for wifey,—and that is the rub.

How quickly I turn tt with hand ever wiser,

The service, high-pressure, with screams like a gale, Sixty pounds to the inch and a spurt like a, geyser, And of color ,00 on the Nesslorised scale.

The dear leaky faucet that never will fall.

No germs on its bright, silvered brim ever prattle.

No strong English words as one sinks it below,

To turn it at last with a dexterous rattle

In thin slippered feet on the soft, slushy snow.

That old rotten bucket, that germ-covered bucket Which scattered its poison some ages ago—

Ah me, when I drink from a welt in the suburb Where stables and drains extend their dark pall,

My stomach is turned all around in a hubbub And I dream of the faucet that sings In the hall.

A self-closing faucet that leaks in the hall,

President Sherrerd was introduced, and said he was very pleased to be present at the meeting, and congratulated the association on its steady progress and increase of membership. The American Waterworks association was working along many of the lines of its New England neighbor in the preparation of subjects of such an important character as that of “Specification on cast iron pipe” and others. Mr. Sherrerd’s remarks were received with applause. The paper—a “Description and test of the East Providence water tank and tower” was read by F. M. Dean, of Boston. This tower was constructed to furnish water for East Providence, and a pressure of 105 pounds to the square inch was obtained. It was feared that this pressure might be too great for some of the joints, but, as Mr. Lyle stated, no apparent leakage was discovered The structure was erected by the Riter and Connolly company, of Pittsburg, at a cost of $10,000 A short discussion was had on the subject of the forming of ice in standpipes and the temperature of water, in which Messrs. Brooks, Sherrerd, Weston and Collins took part. The paper on “ Repairs to lining of the small reservoir at Chelsea, Mass.,” was read, illustrated by Mr. Caleb Mills. Saville, division engineer, Metropolitan waterworks, Boston. He described the process of making the repairs. and illustrated the work with a large number of stereopticon views. The committee on “Meter rates ” was not ready to report, and, as one member stated it was a rather difficult job to tackle, the president asked for the views of the members present on the subject, so that the committee might receive suggestions to assist it in its work. Mr. Maclean, of the Holyoke water hoard, said he attended to hear what the committee proposed, and he felt disappointed that no report was ready. He considered that all services should be metered, and that a uniform rate should be charged to the small and large consumer alike. In his city a number of large consumers had joined together, so as to get the lowest rate and this, he thought, showed how necessary it

was to make a uniform rate. The minimum cost of furnishing water by a municipality ought to be made, and all consumers charged at this rate regardless of the amount of water consumed. Mr. Sherrerd did not think this plan could be made to work, especially in his city, where there are large manufacturing interests involved. Mr. Thomas thought the municipality ought to furnish water at the lowest rate and without restraint as to the quantity used. If a uniform rate were adopted, the large consumers would refuse to use the water, and they would resort to other means for supply. There is a sliding scale in Lowell where the minimum rate is $7. W. Merrill said the sliding scale had been abandoned at Somerville for a set price of twelve cents per 100 cubic feet. After further discussion on the matter the meeting adjourned.

The following is a list of those in attendance: 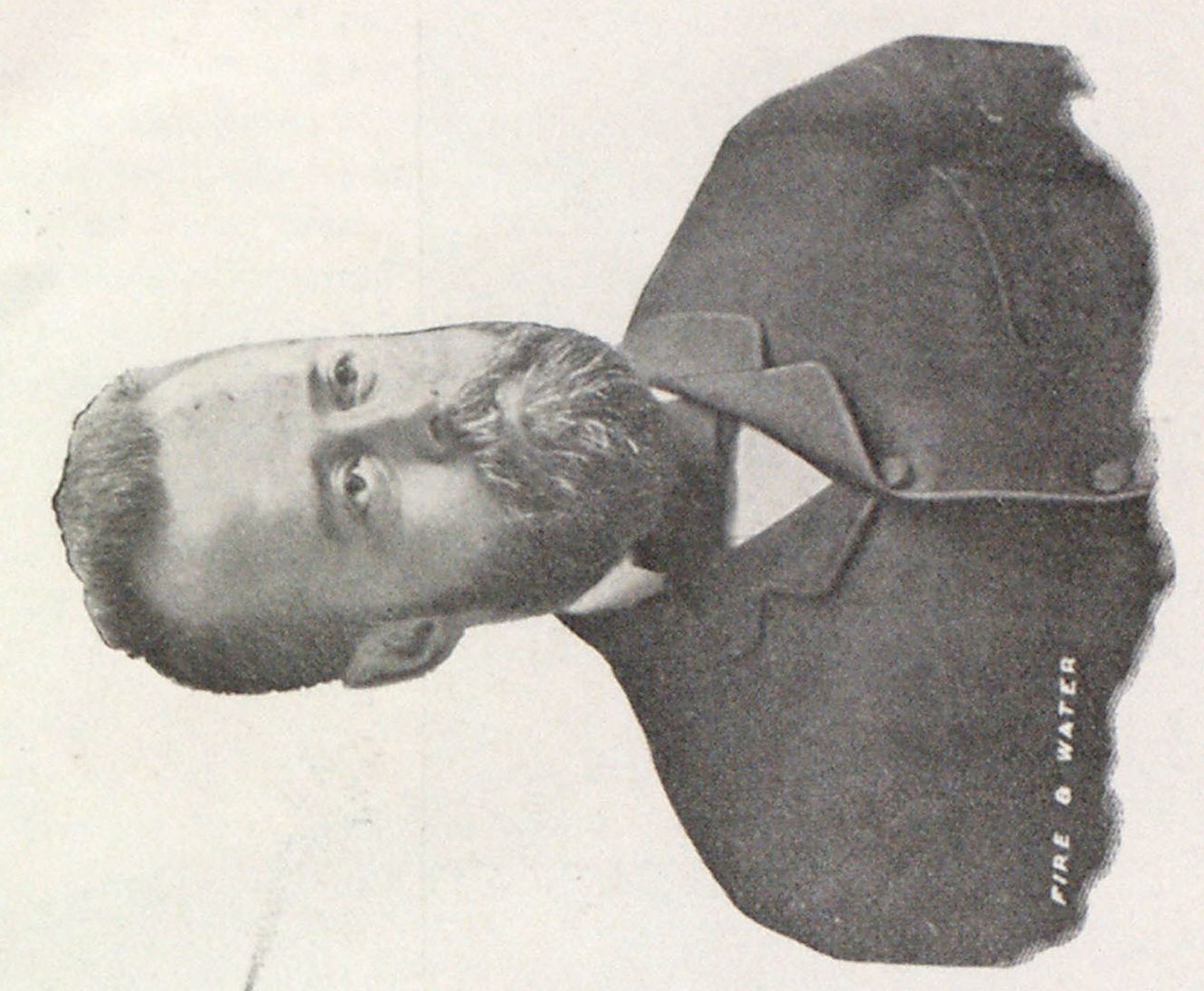