Schenectady, N. J., June 23, 1914. The convention of the New York State Association of Fire Chiefs, which met last in 1912, opened here to-day, with a large attendance. From all indications this will be the Association’s record meeting. A full account of the convention will appear in the issue of July 1 of FIRE AND WATER ENGINEERING. Deep interest is being manifested in the program of addresses and debates which will, it is understood, be carried out as previously announced. The exhibit of fire apparatus and appliances, next door to the convention s meeting place, is large and varied and is attracting wide attention. 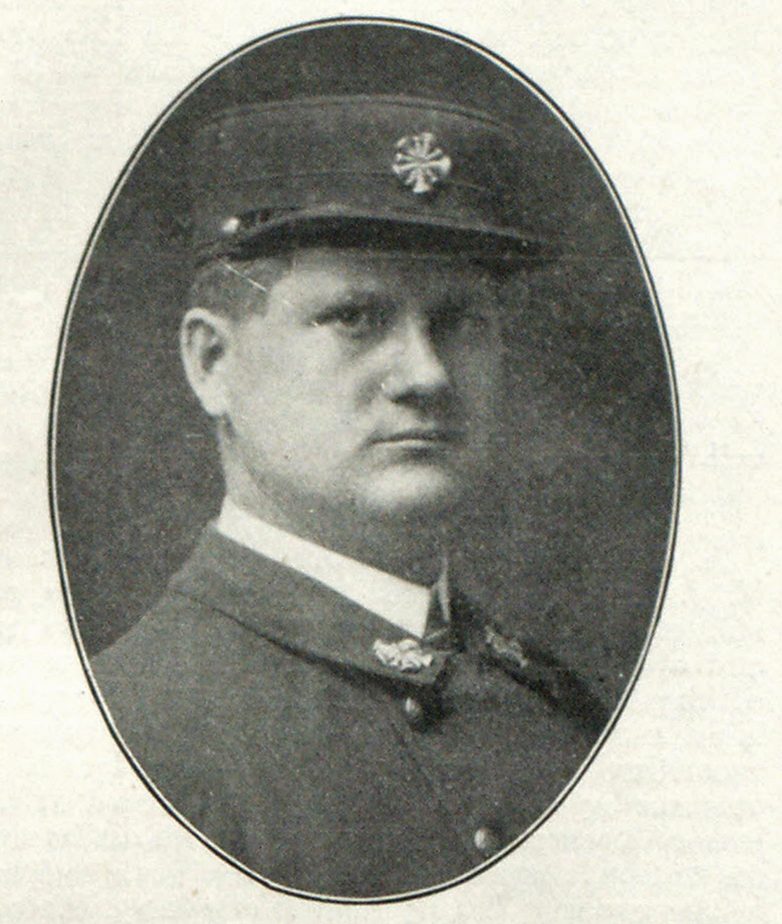 Arrangements have been completed for the annual meeting of the New York State Association of Fire Chiefs to be held at Schenectady, N. Y., on Tuesday and Wednesday. June 23 and 24. The president of the association, Chief John Mack, of Glens Falls, will call the meeting to order at noon. Tuesday, and prayer will be offered by Rev. U. S. Graves, a chaplain of the Schenectady department. Chief J. P. Quigley will respond to the address of welcome. A memorial address for departed chiefs will be delivered by Rev. J. L. Reilly, a chaplain of the Schenectady department. The programme of speakers and topics includes Marconi, who is to demonstrate and lecture on “Wireless Telegraphy;” W. Booth, hydraulic engineer of the National Board of Underwriters, on “The Tests of Fire Apparatus at the Chiefs’ Convention in New York Last Year.” Chiefs John Kenlon, of New York; B. F. McConnell, of Buffalo; J. J. Mulcahy, of Yonkers, and Charles Little, of Rochester, are to debate on this subject. “Pensions for Permanent F’ire Departments,” Chief T. C. Collin, of Cohoes; R. A. Maxson, of Gloversville; E. S. Shadwick, of Saratoga, and Chief Crotty, of Oneonta, will debate on this subject. “Fire Prevention and Protection in Factories and Other Buildings,” by Chief Thomas O’Connor, of the General Electric Company fire brigade, of Schenectady, and by a representative of the State Fire Marshal’s bureau. The session Tuesday will be continuous until 7:30 P. M., and at 9 P. M. the Schenectady fire department will tender a banquet to the delegates at the Edison Hotel. The Wednesday programme includes an automobile ride about the city and vicinity at 10:30 o’clock, a test of motor-pumping engines at noon, a luncheon at the works of the General Electric Company, and an inspection of the company’s plant. Arrangements have been made for ample space on the main floor of fire headquarters, next door to the convention hall, for exhibits of apparatus and supplies during the two days of the convention. The officers of the association are: President, Chief John Mack, Glens Falls; secretary-treasurer, Chief Henry R. Yates, Schenectady; vicepresident, Chief W. W. Bridgeford, Albany; directors, Chief John Robillard, Hudson Falls, and Chief John Espey, Elmira. Those who have served as president of the organization are: John P. Quigley, Syracuse, elected in 1904; M. E. Higgins, of Albany, elected in 1905: John Hederman, Hornell, 1906; Charles N. Hogg, Binghampton, 1907: R. A. Maxson, Gloversville, 1908; George Sherwood, Lowville, 1909, and elected again in 1910; D. J. Sullivan, 1911. The idea of forming the association originated with Chief M. E. Higgins of Albany on the return trip from the convention of the International Association of Fire Engineers, hid at Chattanooga in 1904, and a meeting of chiefs aboard the train was arranged. Chiefs Quigley, of Syracuse; Little, Rochester; Yates, Schenectady; Nagengast, Poughkeepsie; Briggs, of Rome, attended, besides Chief Higgins and the discussion of benefits to be derived from such an organization resulted in Chief Quigley being directed to communicate with chiefs throughout the State. This was promptly done, and October 18, 1904, was set as the date for a meeting at Syracuse. Nearly two-thirds of the chiefs addressed sent responses and with one exception all approved of the plan. Those who attended the organization meeting at Syracuse included Charles Little, Rochester; Otto F. Utz, Niagara Falls; John P. Quigley. Syracuse; Joseph M. Itedertnan, Hornell; Q. W. Farr, Corning; D. J. Sullivan, Utica; William L. Burns, Ithaca; L. Briggs, Rome; Patrick Byron, Troy; George Nagengast, Poughkeepsie; Frank Ernwein, Oneida; Henry R. Yates, Schenectady; M. E. Higgins, Albany; Charles N. Hogg. Binghampton; W. H. Akenhead, Lyons; R. A. Maxson, Gloversville; Jay Irwing, Johnstown; R. G. Blackburn. Oswego; John E. Espey. Elmira; James J. Mulcahey. Yonkers; E. J. Jewhurst, Auburn; A. D. Fancher, Binghampton; E. J. Crittenden, assitsant chief, Ithaca; F. W. Shepperd, FIRE AND WATER ENGINEERING; M. J. Burke, Eureka Fire Hose Company; L. E. Meader, ex-chief, Oneida, and John W. McCarthy, Corning. Chief Quigley was made temporary chairman, and Chief Yates secretary. Chief Higgins presented the objects of the association, and the secretary read a draft of the constitution and by-laws which were unanimously adopted. The mayor of Syracuse delivered an address of welcome. Chiefs Higgins. Little. Sullivan, Maxson. Burns and Blackburn all spoke in favor of the association. A motion was unanimously carried to make FIRF. AND WATER ENGINEERING the organ of the association and F. W. Shepperd spoke upon the subject of the organization reviewing some of the important objects to be attained by the chiefs coming together. At the election of officers, Chief John P. Quigley was elected the first president. The ninth convention, held in Albany in June, 1912, had the largest attendance in the history of the organization.