The wisdom of supplying the fire department with hose of best quality was never better shown than during the past five days, when the Newark department at four fires, one a “first alarm” fire, two “second alarm” fires and one “third alarm” fire used over three miles of hose, without a single burst

On Friday afternoon. December 3. a dangerous fire in the Metropolitan Building, Market and Washington streets was handled with a first alarm force, but required considerable hose and brought the high pressure service into use.

On Saturday evening. December 4. a “second alarm”fire in Spring street used some hose, but was actually handled by a first alarm force, although as a precautionary measure, an extra alarm was sounded.

On Monday morning, December 6, a “third alarm” fire in Mulberry street, near the freight station of the Pennsylvania railroad, kept the department at work for five hours and there was used 11,300 feet of hose.

On Tuesday morning, December 7, another “second alarm” fire in New Jersey Railroad avenue, not far from the Market street station of the Pennsylvania railroad, required the use of 4,700 feet of hose and the high pressure service was again brought into use.

It is doubtful if any city in the United States can show a record equal to this.

When one of the proprietors of the A. Fishman Hat Company, at 24 Spring street, was leaving the factory last week he observed a light on the third floor in what is called the making room.

Upon investigation he discovered that the building was on fire and sounded an alarm from box 47, at Spring street and Eighth avenue. When Captain Park, of hook and ladder company No. 2, reached the scene he sent in another alarm, because the fire looked dangerous, and also on ac count of the numerous factories in the neighborhood. It was not necessary for any of the second alarm apparatus to go to work, and Chief Astley ordered them back to quarters shortly after they arrived. The cause of the fire is unknown. The damage is placed at $1,800. This fire was in a dangerous district and the second alarm was sent in as a precautionary measure. The second alarm apparatus was sent back to quarters without going into service. To the two alarms there responded eight engine companies, two truck companies and one fuel wagon. Of the engines, one was extra first size, two were first size, four were extra second and one an extra third size. Both the trucks were of the aerial type, one a spring hoist and one compressed air hoist. 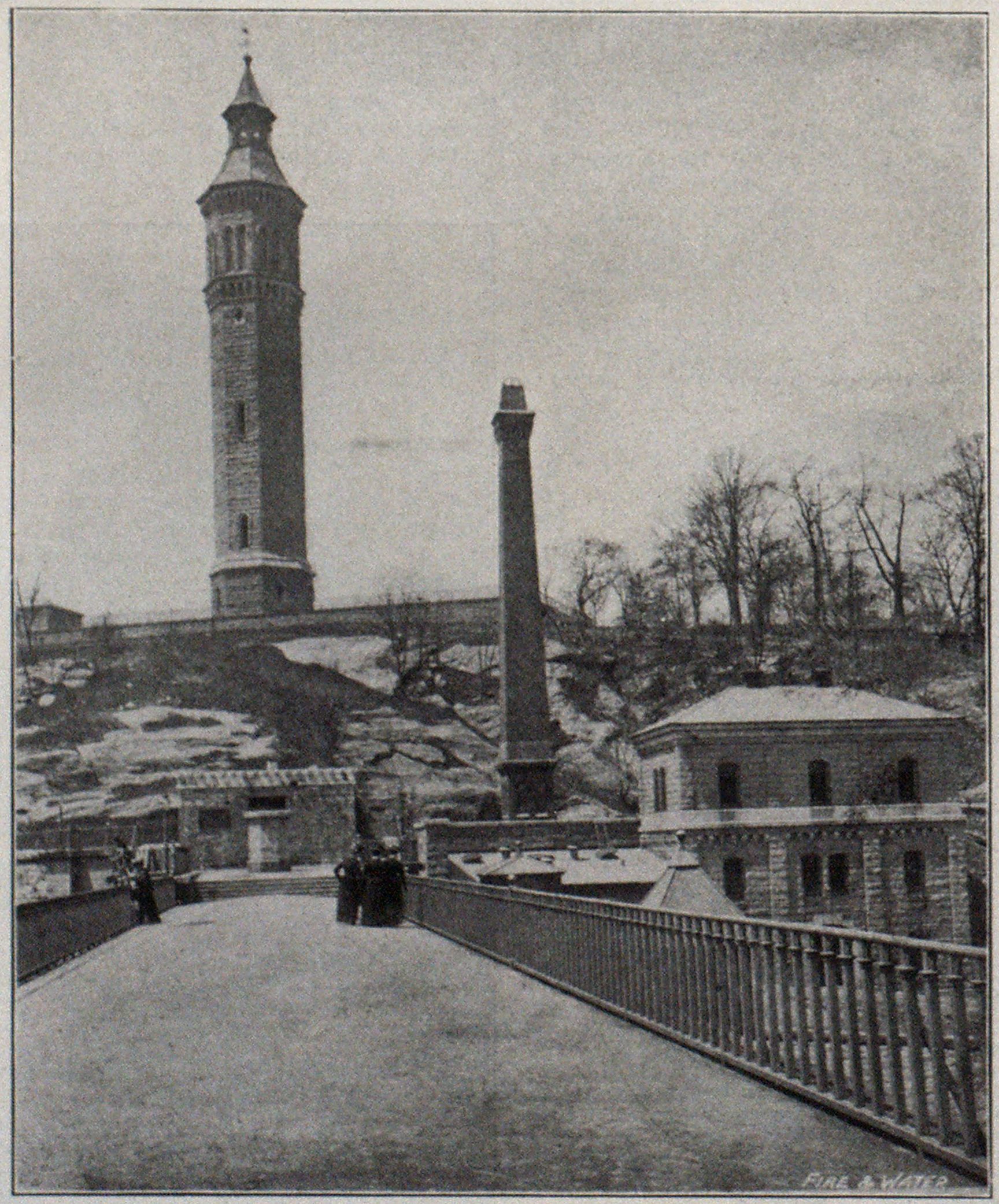 At the regular meeting of the finance committee of the common council of Newark, N. J., last week, the members voted to ask council for $2,200 for a site in the Seventh ward for a house for the engine company 21, to be located midway between the quarters of engine companies 4 and 7. They also voted to ask for $18,000 to construct a house for the new truck company No. 7 on a site already purchased on Park avenue, near north Sixth street, almost adjacent to engine company No. 15.—Appropriations have been made, sites purchased and plans drawn for engine houses on Frelinghuysen avenue, in the Waverly section of the city, and on Springfield avenue, near Prince street, for engine companies 19 and 20.—Six thousand five hundred dollars has been voted to permit of the alteration of the old borough hall, in the recently annexed terri tory of Vailsburg, for engine company 22.—Engineer Sherrerd, of the water department, in formed the committee that it was the desire of th. board of works, at the urgent recommendation of many property owners and manufacturing concerns, to extend the high-pressure service watet mains east of the Pennsylvania Railroad, at least to the factory section along McWhorter street. He said that the department had begun the laying of mains along Frelinghuysen avenue to supply the Waverley section. The committee expressed itself in favor of providing an adequate supply in the localities suggested by Mr. Sherrerd, but did not feel that any action could be taken at the present time in the way of providing more funds for that purpose.