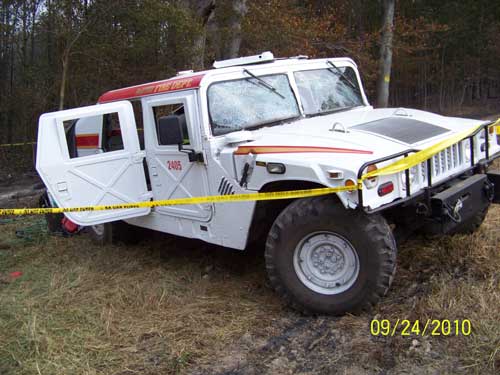 A report released recently by the National Institute for Occupational Safety and Health (NIOSH) Firefighter Fatality Investigation Program details the factors that contributed to the death of a volunteer firefighter who was killed when a pressuriized water tank exploded while he was operating at the scene of a brush fire last year in Ohio.

On September 24, 2010, firefighter Ryan Seitz, 26, a volunteer with the McArthur (OH) Fire Department, was killed when a pressurized 120-gallon water tank exploded during fire suppression activities at a brush fire. The water tank was mounted in the rear of the fire department’s Humvee and was part of the department’s portable pressurized water system used for brush and wildland fire suppression.

The report cited several factors as contributing to this line-of-duty death, such as the se of a self-made water delivery system without an over-pressurization safety relief or other safety mechanism and inappropriate system components; limited written operating procedures and policies; the pressure gauge on the water delivery system was inappropriate for its intended use; and limited training in the use of the equipment.

Read the entire report and its recommendations HERE.