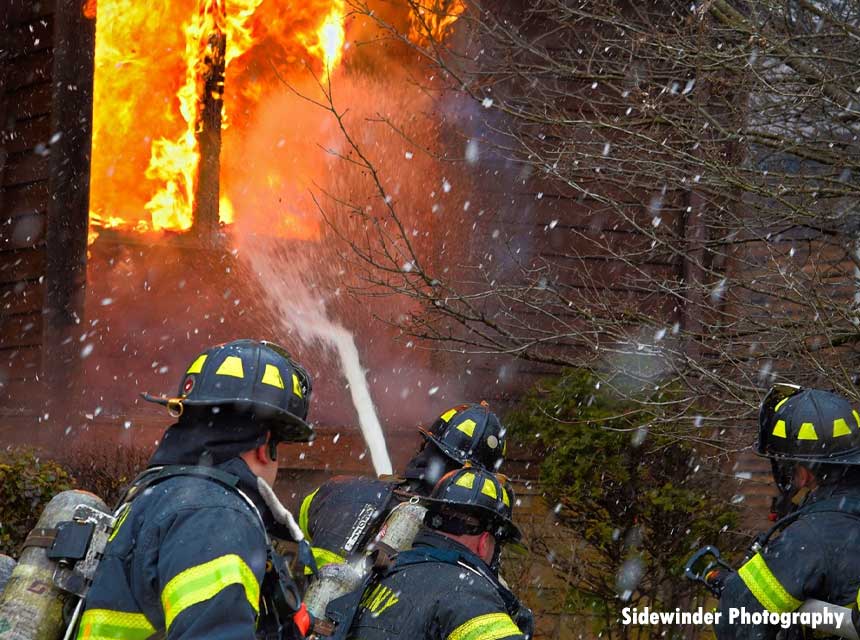 Aug. 11—ALBANY — A jury of six city residents took about 30 minutes Tuesday afternoon to return a not guilty verdict in the first city court trial since the beginning of the pandemic.

Prosecutors failed to convince the jury that Wayne Holmes had obstructed city firefighters as they tried to put a fire that reignited in his already scorched home on March 24, 2020.

Holmes was arrested at the scene after he did not immediately follow a police lieutenant’s order to leave the scene. Holmes was upset because he felt the firefighters had not done their jobs correctly to ensure the fire did not restart and because a city official who told him someone would watch his house overnight was nowhere to be seen.

“It shouldn’t have gone this far,” said Kevin Luibrand, one of Holmes’ defense attorneys, after the verdict. “What Wayne went through was horrific and for him to be charged with a criminal offense just compounded it.”

Holmes turned to the jury and said “thank you,” giving them a thumbs-up after they returned the verdict in City Court Judge Holly Trexler’s courtroom.

Holmes’ Krumkill Road home first caught fire the afternoon of March 23. Holmes received the call at work and came home to firefighters struggling to find a fully operational fire hydrant to douse the blaze in the back of the house.

Later that evening, around 2 a.m., Holmes went back to check on his house and found flames shooting from the back of the home. Holmes called 911 and began screaming and cursing at firefighters as they tried to put the fire out for good.

Prosecutors said that Holmes’ yelling and pacing around the front of his property and the road distracted the firefighters from their work.

City police arrested Holmes and charged him with obstructing firefighter operations. Holmes suffered cuts and bruising to his face during the arrest, as well as a broken hand, his attorneys said.

Holmes has filed a notice of claim against the city. Luibrand said Holmes was waiting for the criminal case to be resolved before filing a civil suit.