Ocala, Fla., although a small city, chiefly built of wood and with a population of only about 4,000 souls, has a very good fire department, which, under its present chief, A. J. Brigance, has shown a rapid advance in efficiency. Chief Brigance, who is instituting improvements in his department, is determined not to fall behind in any respect, and the verdict of those experienced in the fire service is, that he is the right man in the right place, a go-ahead and intelligent fireman, and as thorough a disciplinarian as he is scrupulously fair in his dealings with his men. Any stranger visiting his lire station, which is one of the sights of Ocala, 1at once struck with the perfect order displayed in all its arrangements, the well-kept equipment and the equally well-groomed and welltrained horses. Extreme cleanliness rules throughout, and the men are well set up, prompt in answering calls, systematic in their methods of firelighting, and, like their chief, utterly fearless in the face of danger. One conspicuous feature in the lire service of Ocala is the complete harmony that obtains between the paid and the volunteer departments. The latter never loses sight of the fact that it is an auxiliary force, while the paid men never attempt to boss their volunteer brethren. Hence, the city is always sure of unity of action on both sides, when the necessity arises something that, in every respect, makes for the safety of the lives and property of the citizens, and without the least disparagement to t lie labors of others in the same direction, it may he said with the most perfect confidence that never before was the lire department in both its branches better prepared to do its work in firstclass style That such a report can be made is an honor to any department, and one that should.be a matter of congratulation both to Ocala and Chief Brigance. 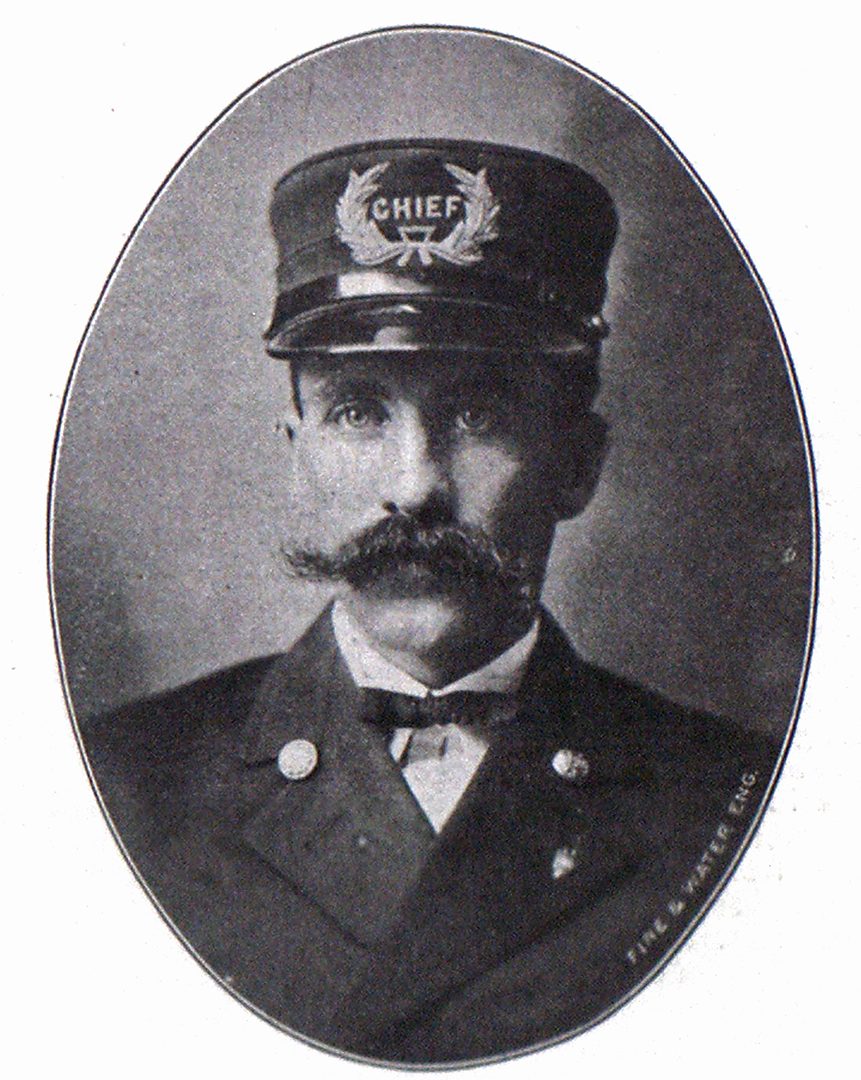 Not many years ago, C. H. Campbell was chief of the fire department of Ocala, Fla. Up to that time, little was known of the place. Chief Campbell, however, became the advance agent, as it were, of that delectable spot, and, loaded with specimens of all its various products, he traveled on a special train to the annual convention of fire engineers at Montreal, Canada. He there erected an artistic booth of magnificent proportions, which contained the choicest fruits, vegetables and curios from the sunny South His display was the principal attraction at the convention, and it became the Mecca of all— visitors and natives of the Canadian city. So started into prominence Ocala, and, no doubt, this enterprise on the part of its citizens in furnishing capital and the remarkable ability of its representative were the means of bringing that once quiet little town into a prominence that until today we forget the St. Augustines, the Tampas and other celebrated Florida resorts, while we salute Ocala, that newly made haven of Southern salubriousness, hospitality and enterprise. With this short commentary on the place and its estimable past chief, reference to the city as it is now and its incumbent at the head of the fire department is in order. Ocala is a nice little place, with a population of nearly 4,000, according to the last census. Its water supply for fire protection is furnished by standpipe pressure and direct pumping. The fire department practically depends on hydrant pressure for fire extinguishment, as there is not an engine of any description in the place. Two hose wagons and three hose carriages, with one hook and ladder truck, and about 2,500 feet of hose constitute its entire equipment. Chief A. J. Brigance is instituting some improvements, and it is likely that, through his efforts, needed apparatus and supplies will be purchased in the near future. Ocala has been singularly free from fires, although most of its houses and business places arc built of wood, as in other Southern towns. Its average yearly loss has not exceeded $1,500, which is a very good showing considering fire equipment and the flimsy nature of some of its buildings. The Ocala fire department has about seventy members, which is a good number when the extent of the place and the population to be protected are’ considered. The immediate purchase of a steamer, a combination wagon and 1,000 feet of more hose would add materially to its effectiveness.

The Brooklyn Eagle complains that, despite the phenomenal increase of buildings in the borough, the Greater New York authorities, who have added to the Manhattan and The Bronx twentyfive new fire companies—an average of five per year since consolidation—have added to the Brooklvn branch of the department only three companies in seven years, instead of ten a year, as the borough’s rate of growth demands.