Chief Redell, of Omaha, Neb., with a fire area of about twenty-five square miles—containing mercantile buildings, brick and stone, varying from three to ten stories in height, a population of 150,000, does well with his comparatively small force of 107 men in fighting fire within his limits. Four companies operate four engines, and there are besides three hook and ladder companies, three aerial, two chemical companies, one Hale water tower, five hose carriages, six hose wagons, one hose cart and chemical combined —Siamese couplings used, with telephone alarm and nearly 100 street boxes. The good work of the fire department at the 250 fires during 1876, at which the value of property involved was $3.57.944 kept the fire loss down to $83,068, the insurance on which was $72,118. 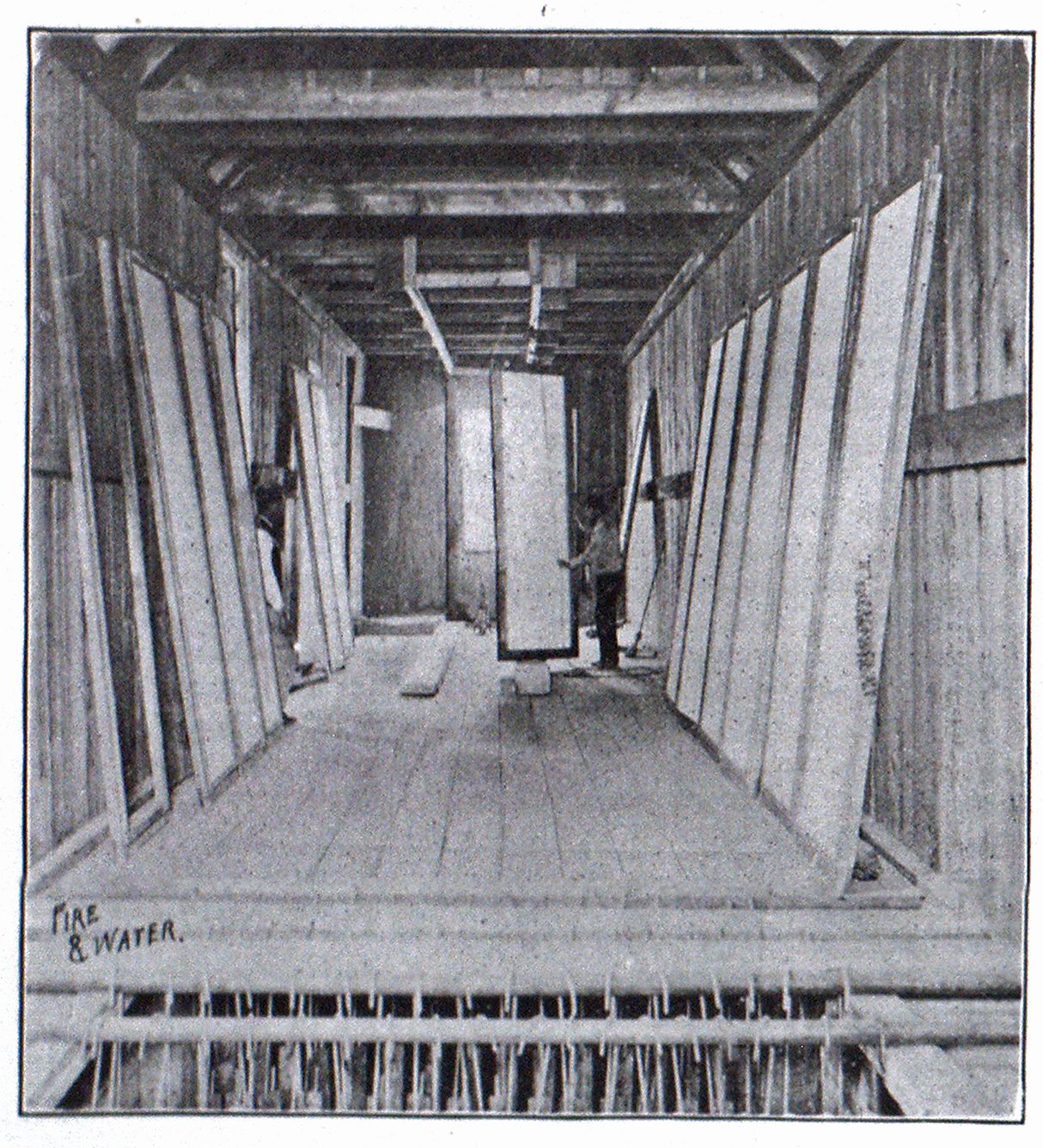 Chief Redell in his first annual report of the fire depart- ment of that city- the ninth of the paid fire department-re- ports the fire-fighting forceas follows: Fourengine companies 8 hose companies, 3 hook and ladder companies; 2 chemical companies, with the following apparatus; Four steam fire en- gines; 6 hose wagons; 5 hose carriages, one of which is com- bination chemical and hose; 1 hose cart; 2 chemical engines, double-tank, 50-gallon each; 2 aerial hook and ladders; x straight frame hook and ladder, one telescope water tower; 16 portable chemical extinguishers. There have been placed in service at different dates 17,766 feet of hose, cotton and rubber, of which 4,194 feet of rubber is good, 1,921 feet is fair, and 6,282 feet poor; of cotton, 3,675 feet is fair, and 1,- 194 feet is poor. The department owns 51 horses, and there are in the city 1,386 hydrants. The manual force is as follows: Chief, with 2 assistants; department secretary, 1; captains, 15; lieutenants, 15; engineers 4; assistant engineers, 4; firemen, truckmen, and drivers, first class, 40; pipemen, truckmen, and drivers, third class, 28; total, no. During the year ending December 31, 1895, 17 firemen were injured in the discharge of their duties; 12 other persons received fatal burns by fire ; and 11 were painfully burned, while 21 were rescued from burning buildings by ladders, escape by stairways being cut off. 1 here were 330 alarms during the year, of which 25 were false, chimney fires, or outside the city; 1, outside water limits, and 2, second and third alarms. In frame buildings 229 fires occurred; in brick, 61; in brick and frame, 6; communi- cating to frame buildings, 25; to brick building, 2. The high- est building in whichafire took place was,5 1-2stories. 144 be- ingin i-story, 25 in I 1-2-story; 107 in 2-story; 5 in 1 12-story, 32, in 3 story. 2. in 3 1-2-story; 5 in 4-story; 2, in 5-story; and 1, in 5 i-2-story. Chief Redell calls out for more first-class hose for regular use, as well as for some for emergency cases, and also that the 14 old interfering boxes belonging to the fire alarm telegraph should for safety’s sake be replaced by modern non-intefering boxes. The fire department of Omaha evidently needs money spent upon it. The present force un- der Chief Redell, is thoroughly efficient and is neither too large nor too expensively equipped. Any attempt to reduce the force would impair its efficiency and endanger the public safe- ty. 1 he city is pledged to keep the department up to at least its present standard and no economies must be practised there. At the same time there is no need of the insurance companies threatening to increase rates unless more money is spent on the fire department. What the city has pledged itself to lay out upon the department Will answer every purpose.