Organization and Strength of Companies

Report of Committee on Organization and Strength

A CAREFUL study of the subject of company organization and strength suggests the importance of first determining the character of the service which the company must render and the capacity of the company for rendering its unit of this service. Therefore, please keep in mind throughout the considerations of this subject, the thoughts of character of service and unit of this service. When this is once determined, it will be a comparatively simple matter to formulate a method of organization for the company and determining the manual strength, which it must have in order to carry out its operation, as a company unit.

These thoughts are open for discussion, but the uppermost thought to keep in mind at the present time is that of giving the best service possible, as the best service we can conceive of is none too good in the ever present emergencies of saving life and property from the ravages of fireStatistics show that a large per cent of the defeats for fire departments is due to undermanning of companies.

It is unfortunate that space will not allow the publishing of the discussion which followed the reading of this paper. It was most interesting and served to bring out many valuable ideas. The paper, however, we feel sure, will be of real interest and service to our readers.—Editor.

Although we have what is commonly termed American Practice, this Association has never prescribed any definite statement, as to what constitutes the exact character of service that should be rendered by an Engine Company, a Hose Company, a Truck Company, a Chemical Company, a Water Tower Company, a Fire Boat Company, or a Rescue Squad, nor has this Association ever prescribed in detail the character and extent of the service, which each of these companies should render; therefore, as it is a prerequisite for the establishment of even tentative standards, this committee has assumed that the service that should be expected from each one of these companies and their capacity for performing this service should be as near to the schedule that we have prescribed in this report as it is possible to make it.

*Report prepared by William H. Murphy, Chief of Philadelphia Fire Dept., chairman and his committee and adopted at the 1919-20 Convention of International Association of Fire Engineers.

As no previous action has been taken by the Association on these matters, it is hoped that the members will question and debate the soundness and reasonableness of this basis, for the entire subject of standardization of company organization and strength is dependent thereon.

The Operating Strength, as given below, is based among other things on the strength that will be required to operate these companies effectively in the manufacturing, mercantile and shipping districts and districts where there is considerable life hazard, such as in the vicinity of schools and hospitals and office buildings. In purely residential sections, the Engine, Hose and Truck Companies may each be reduced by two men.

The work of a high pressure Company is similar to that of the ordinary hose company with the exception that for high pressure work larger and much heavier hose is used; the lines are frequently longer and the nozzles are generally larger. This difference in service necessitates increased manual strength. Assuming that a High Pressure Company will provide and operate two powerful streams, it will require one Driver and nine men, one of these men to serve as a Hydrant man, the driver being used as a Hoseman after the lines have been properly placed, making the total strength of eleven.

The services required of a Chemical Company consist of stretching and handling one chemical line, that may he as long as 250 or 300 feet, through aisles, stairways, upper floors, cellars, lofts, etc., and over stocks, as well. To comply with this requirement in an efficient and speedy manner, it will require one Officer, one Driver, who shall also serve as Tank Man and three Hose or Pipemen, making a total of five men.

The services required of a Water Tower Company is to provide a tower stream and one or more streams for deck pipe. It will require one officer, a Driver, who shall also serve as Operator of the Tower and one Hoseman for each deck pipe, making a total strength from four to five men (dependent on the number of deck pipes). 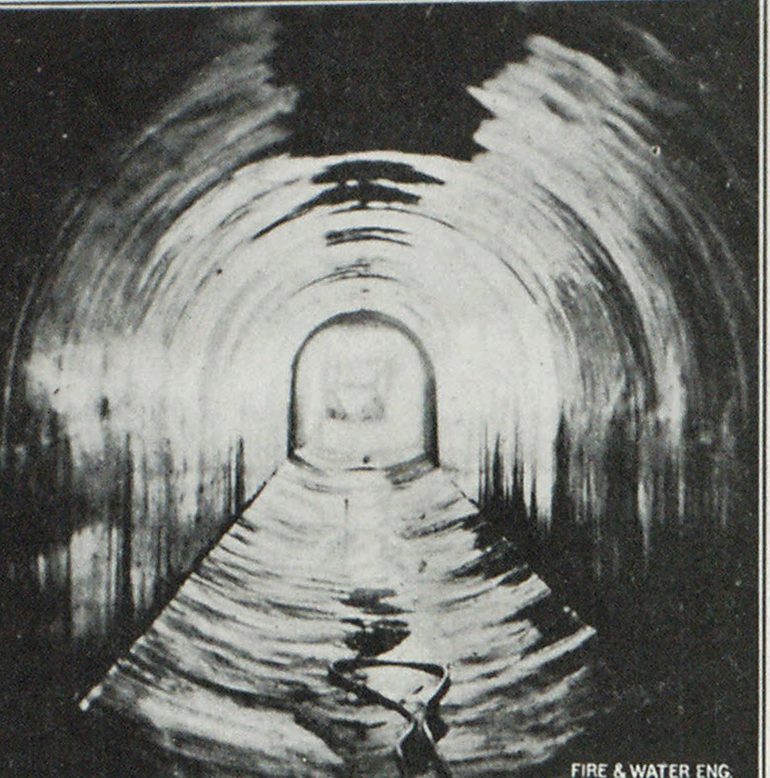 The services required of a Fire Boat Company, is to render service on water fronts, vessels and land fires. To properly provide this service, it will require one Officer, one Engineer, two Stokers or Firemen, ten Hosemen and one Pilot, making the total Operating Strength fifteen.

The Rescue Squad should render the service of exploring buildings, subways and similar locations heavily charged with smoke, dangerous gases and vapors, searching for disabled occupants, carrying forward chemical lines in such buildings and locations and the replacement of Pipe or Hose and Laddermen, who are overcome by smoke, gases and injuries. To render this service, it will require one officer, two Helmet Men (based on the assumption of operating two helmets), two Guide Men, one of which may act as Driver and six replacement men, based on replacing one Engine Company, making a total of eleven men. 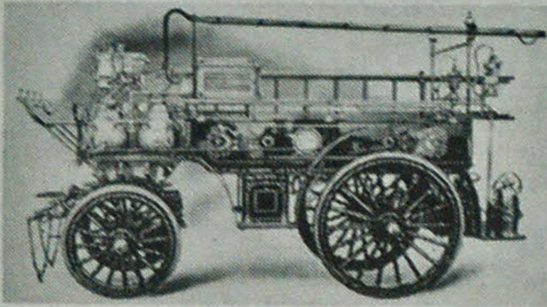 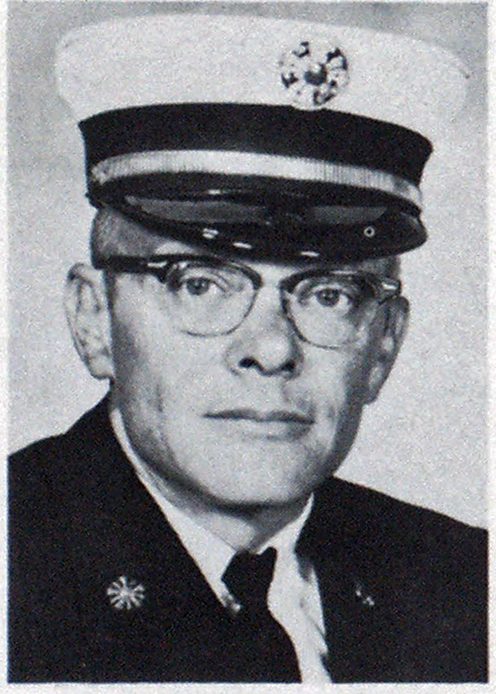 In the foregoing the required operating condition is given, as well as the Organization Strength, but whether every Chief will be able to have his desires complied with is another issue, so in conclusion would remark that while these numbers may seem rather large in some instances, we must consider that the Fire Department work is not restricted exclusively to the extinguishing of fires. The members are used for various purposes, details of various kinds for fire prevention and fire inspection work, this usually coming under the supervision of the Fire Marshal and covers the work of theatres, moving picture houses, factories and warehouses, and work of that nature in the general fire prevention line; details on fire grounds are required occasionally; also for police work in the event of strikes, riots, etc. A particular point to keep in view is speedy action in getting into service and a sufficient number of men must be on hand that the labor will not fall severely on any one or two men, which is the condition when companies are not sufficiently manned, or hose has to be taken to any great height, etc. Proper operating force is particularly important, as pertains to truck work and a sufficient number of men should be considered for a company that the saving of life can be undertaken by one or two individuals alone, if necessary, while another portion of the company is getting their ladders or life nets ready. Again the third portion of a truck company can be used for the inside work of opening up or ventilation. As we have remarked previously, the Operating Strength is the important and necessary factor. 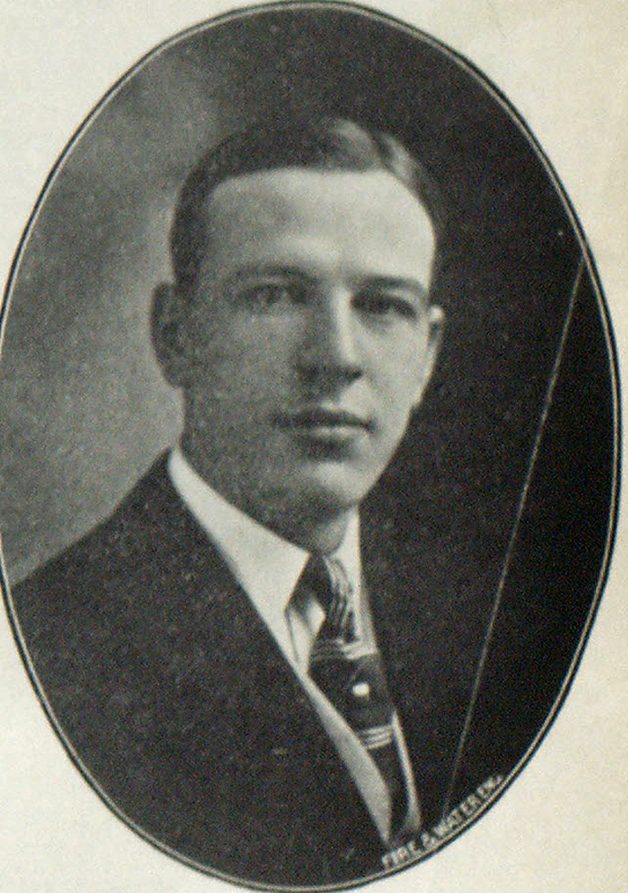 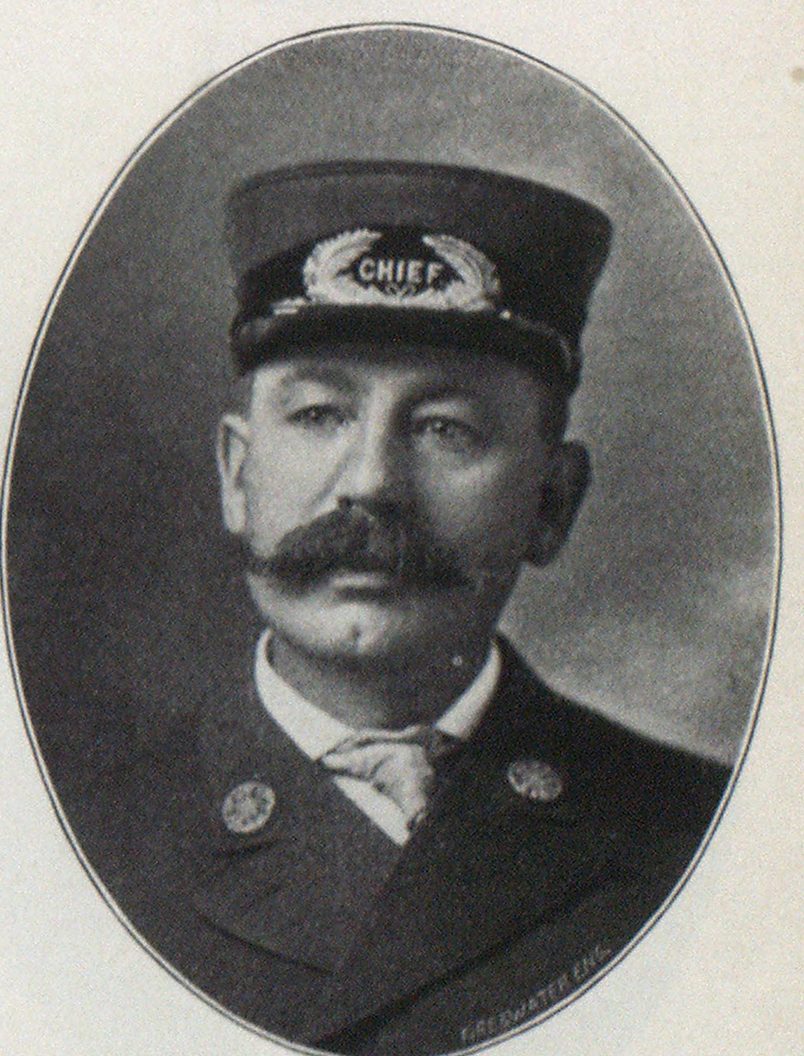