IT is not often that we are called to chronicle the death by suicide of a member of the Chicago fire department. The oldest man in the department does not recall when the last violent act of this kind took place. But on Saturday night shortly ofter 7 o’clock, William N. Belt, driver for engine company No. 32, committed suicide by cutting his throat. The suicide took place at the corner of Pine and Pearson streets, and a dozen or more pedestrians saw the man when he killed himself. Belt, so several witnesses say, had been standing on the street corner for some time when he was seen to deliberately take a razor from his pocket and draw the blade across his throat.

The man fell to the ground and died almost instantly. Officer John Sedarburg, of the East Chicago avenue station, was near by and called the patrol wagon and the body was removed to Sigmund’s morgue at No 192 West Chicago avenue.

Belt’s relatives say he was not a drinking man. He went home to supper on Friday night and told his wife that he would return home early next afternoon or as soon as he was relieved from duty. When he did not return Mrs. Belt did not feel alarmed, she says, as he was often detained at the engine-house to do extra work. It was 10 o’clock when the woman learned that her husband had killed himself. She said their domestic relations were pleasant. He had no children.

There will be a test of a new standpipe system at the Counselman elevators in South Chicago next week, which will be given for the benefit of the fraternity and the Fire Department. The system is for outside protection, and is arranged after the pattern of the standpipes on the fire boats, so that water can be thrown in any direction. Powerful pumps ready for duty at all hours will furnish the motive power, and a special force will be drilled into use of the apparatus. With such a system the danger from outside fires should be reduced to a minimum.

The Muskegon, Mich., Board of Public Works and Board of Education got on an economical streak the other night, and at the close of the executive session had reduced their expenses by $30,000. The Board of Public Works adjourned at 12:30 and reported the following appointments : Chief police and city commissioner, Nels. P. Nelson; chief fire and water department, William Dixon ; city surveyor, Clifford F. Gamble.

At a meeting of the Milwaukee council committee on Fire Department, Monday, resolutions were recommended for the purchase of fifty additional hydrants and 100 tons of water pipe. A favorable report was also rendered on a communication from the Board of Public Works asking for an appropriation of $2,000 for the purchase of additional horses for the Fire Department. Chief Foley is urging the purchase for the department of some electrical apparatus by which signals can be given from one place to another during the progress of a fire. He explained this apparatus to the committee and said that its introduction in Milwaukee would prove exceptionably useful in the management of the fire boats James Foley and Cataract, as he claimed orders could then be given to them mnch more expeditiously than at present.

St. Louis is keeping abreast of the times, and is going to have another new engine house at Carondelet.

A correspondent in Sioux City, Neb., writes me as follows:

One of the most elaborate irrigation schemes that has ever been undertaken in this part of the West has just been incorporated by the Niobrara Irrigation and Power Company. The company is backed by some of the leading people of Northern Nebraska, and proposes to build a ditch to carry the Niobrara river through a great arid region and supply it with water. It is designed to tap the Niobrara river at a point about 300 miles west of the Missouri. The water will be carried several miles across the country, to the old Snake river bed. This stream is now nearly dry most of the year. It will follow this stream some distance and be turned into a chain of small lakes, once large but now nearly dry. By damming it in these lakes a reservoir of about forty square miles will be made. The lake beds are so high above the surrounding country as to give pressure to supply water for a distance of fifty miles to the east, north and south. P’rom the eastern end of the lakes the water will follow some small streams to a point where it can be returned to the Niobrara river.

Springfield, O., is going to extend its water works system. 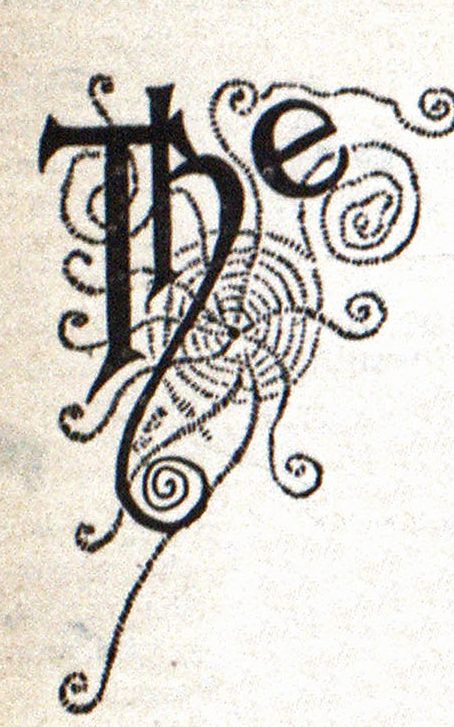 The COMING convention of the National Association of Fire Engineers is the subject of every fire chief who reaches here from interior cities, and from all I can learn Montreal will abound with notable fire fighters in the fall. Chief Swenie is very en, thusiastic over the convention since

his return from Boston where he went the other day to attend a meeting of the executive committee. The chief is noted for his conservatism, but he does feel a deep interest in the Fire Chief’s Association. A big party will be made up from this section headed by Chief Swenie. In this connection it may be well to mention that chiefs attending the convention must be careful where they land on the Sunday before the meeting as there is absolutely no traveling anywhere in Canada on that day,

I learn from Detroit that expressions of opinion from msurance companies doing business in that city are being asked regarding the advisability of organizing a salvage corps for the city which it is estimated, will not cost to exceed 1 per cent, of the premium receipts. The wonder is that so progressive a town as Detroit has gone all these years without a salvage corps. It cannot be that one was needed.

Ashland, Win., had the big fire in its history last week. Property valued at nearly $200,000 was swept away, but fortunately no lives were lost.

The insiduous monster, politics, has got in its fine work at

Wausau, Wis., and we see Chief W. Waterhouse of the fire department, who, by the way, was also superintendent of the water works, turned down from both places. A. V . Grashart has been placed in charge of the water works, and Jacob Adam assumes control of the fire department. 1 here is nothing against these men, and nothing but politics can be urged against Waterhouse.

The term of James J. Faran, Jr., as Fire Commissioner of Cincinnati, is about to expire. Faran made an excellent official and there is every likelihood of his being reappointed.

The destruction of the St. Charles Motel at New Orleans, is greatly regretted here. Chief O’Connor had a hard fight and says he attributes much of his success to the water tower. 1 he daily prints have told the story of the fire and from all accounts it appears that the water tower is the biggest thing in New Orleans today.

The exchanging of positions at Des Moines, la., between the chief and his assistant was accomplished at the instance of the insurance men who threatened all sorts of things if Chief Martin Melander was not removed. John Monarch, who is now chief, has for years been assistant to Melander, and now that Melander is assistant to Monach, it remain* to be seen how the change and combination will work. 1 hings have not been going along smoothly, it must be admitted, in the Des Moines 1 tepartment, but the story is a long one and now that a general turning up is promised, I will wait a little while before making any remaiks.

The slate made up for the new police and fire commissioners at Cincinnati, went through Monday without a dissenting voice. Their names were sent to the Aldermen and all were confirmed as follows: George 11. Davidson, one year; Michael Maloney, two years; Henry Linneman, three years and Ed” ward Puck, four years; for Superintendent of Public Works, J. H. Iledders; for Auditor, William F. Taylor. The Aidermen voted separately on each appointment, but there was not a voice against any of them, lhe mayor is chairman of the Board of Police and Fire Commissioners, and he will organize them next week. In the mean time the Commissioners will be delighted to hear the pitiful pleas of applicants for places on the fire department and police force.

Work on the new fire station to be erected at 780 North Kobey street was begun the other day and Chief Swenie thinks the station will be occupied by June t. The fire department made a m at little sum out of the deal causing this removal. The old station was on North avenue, near Milwaukee ave. The Metropolitan elevated road cut through it, and the company paid the city $20,000 for the property. The new site cost about $3,500 and 1⅛ new station is contracted for at a little over $8,500. This deal nets the fire department therefore nearly $8,000,