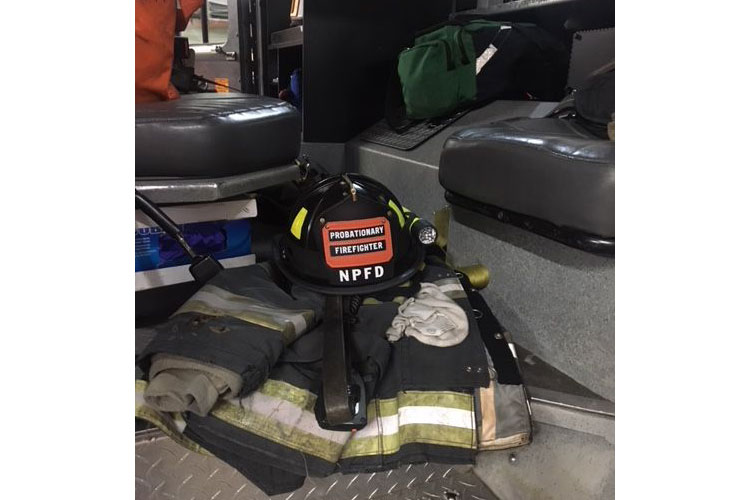 Article and photo by David DeStefano

Although probationary firefighters will graduate the academy with many well practiced skills, volumes of theory concerning building construction and fire behavior, and hopefully a genuine commitment to the lifelong learning required in the fire service; what they won’t bring to their new assignment is the intangible asset called experience. It is the job of every seasoned member throughout the chain of command to help the “probie” benefit from their experience. The members capable of providing this direction may or may not be part of a formally agreed upon procedure, but all must provide positive reinforcement and corrective guidance as required. By virtue of their position or rank, different members should be able to provide certain forms of overt or subliminal mentoring and guidance to a probationary firefighter.

Probationary members usually have the least amount of regular interaction with chief officers or senior administrative officers within the chain of command. However, this doesn’t mean that the actions and attitudes of higher-ranking personnel will not have an impact on the development of probationary firefighters. As a chief or senior officer, your attitude, appearance, and actions are what probies will see as the culmination of a fire service career. Chiefs and senior officers should be wary of their discussions and bearing since a probie may not be fully adapted to life in the fire service. An off-the-cuff remark that a senior firefighter would shrug off may creating a lasting impression on a new member.

Challenges Behind the Officer’s Collar Brass

Chiefs should also take the time to engage the probies and ask questions about their experiences on the job. Incidents that may be viewed as routine to seasoned members may be the first time a probie has put a particular skill to use or seen a specific firegound condition. The fact that a chief officer makes a point to check in on new members will likely be long remembered by those individuals. A word of encouragement on a tough day will also go a long way toward keeping up the morale and continued engagement of the probationary member. The words of advice a seasoned chief can offer will help put the day in perspective for someone new to the dynamic working conditions of the fire service.

Company officers are the first line supervisors to which probies must show improvement and competence in routine and emergency tasks. This responsibility establishes the need for formal evaluation tools that the company officer can employ to gauge progress and mastery of specific duties. Officers provide the day-to-day link with the hierarchy of the fire department in the form of enforcing policies and ensuring orders are carried out during routine duties and emergency operations.

However, there is also a level of learning that company officers must foster and evaluate that is less formal but no less important. As a traditional leader in the firehouse, the company officer must be sure the probationary firefighter is aware of the resources at his or her disposal for ongoing development. This may include opportunities to attend outside training classes, the importance of participating in department events, and communicating the standard of excellence required in the unit as well as the fire service as a whole. The company officer also speaks volumes without ever saying a word to the probie based on how he or she conducts business in the company. The administration of routine tasks and actions directing the unit on the fireground will set impressions in the probie that will help shape his or her outlook on the fire service, officership, and professionalism throughout their career. Officers who are well prepared, conduct regular training, and have high personal standards as well as high expectations of members of the company will set the probie on a successful path and with careful supervision ensure that he or she remains on track.

The senior members of the company as well as any others assigned in the same firehouse generally have the most influence over any probationary member by virtue of the time spent together and the unofficial hierarchy of the fire service. Probationary firefighters are universally expected to emulate the actions of senior members and learn tricks of the trade and firehouse roles and responsibilities that aren’t taught at the academy. While probies obey orders issued by officers following the chain of command, they watch and listen to senior firefighters for lessons on how the firehouse routine operates, what unofficial duties are expected of probationary members, and how fraternal bonds the fire service span borders and eras.

Senior firefighters have the crucial function of helping probies master the skills of firefighting learned through mentoring during incidents and at the informal classroom behind the rig or in the firehouse kitchen. This is some of the most important time in the career of the new firefighter. Senior firefighters can develop the probie into an asset to the unit by sharing the unique characteristics of the company’s response district, lessons learned at recent fires, and experience-proven tips and tactics to make the job more efficient. This tutoring can be accomplished while inspecting the response area, after morning house duties, or while “holding court” over a cup of coffee in the firehouse kitchen. The importance of the senior firefighters and the esteem in which they are held by the probie and the department as a whole cannot be overstated. Because they are held in such high regard, these members have a tremendous responsibility to the new firefighter and the department as a whole. They must take their role seriously and not only pass on as much institutional knowledge as possible, but constantly uphold the highest traditions of the fire service and the honor of the fire department. The new firefighter will become a product of his or her environment regardless of the level of basic training they received at the academy. The senior members who surround the probie have the ability to reinforce and teach skills, pride, and honor on a daily basis. Taking this opportunity and leveraging their position in the hierarchy of the firehouse is the best way senior firefighters can help ensure everyone’s safety, company efficiency, and continued pride in the fire service.

The fire service has a rich history of mentoring firefighters at every step of their career path by other members of various rank and position. To continue that tradition, we need a renewed focus on the importance of the firehouse learning environment. The dividends paid to all involved and the entire fire service are incalculable.

David DeStefano is a battalion chief with the North Providence (RI) Fire Department, where he has served for 29 years. He is a shift commander in the operations division. He was previously chief of training and safety and has also served as a captain, lieutenant, and firefighter in Ladder Co. 1 as well as a lieutenant in Engine Co. 3. DeStefano is an instructor/coordinator with the Rhode Island Fire Academy and lectures on fire service topics throughout Southern New England. He was a presenter at FDIC International 2017 and 2018.

Putting the First Alarm to Work

In Case You Missed It: December 2017 Firefighting Articles