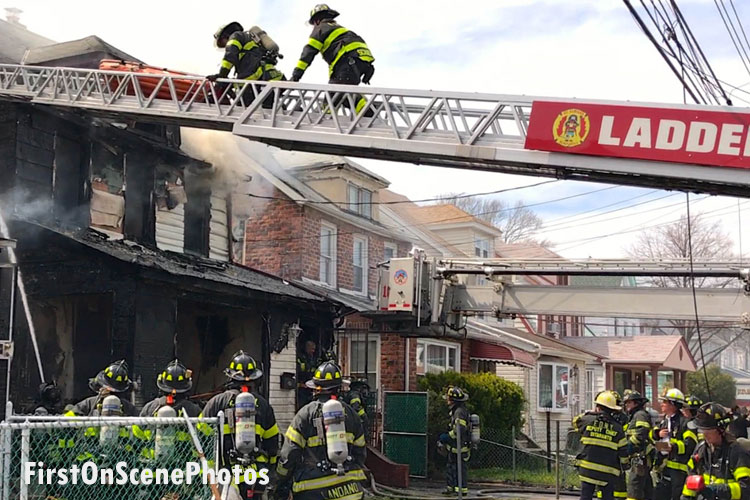 An extremely emotional and chaotic scene in the Queens Village section of Queens, New York, on Sunday April 23 after a raging fire destroyed one home and seriously damaged a second and took the lives of five residents. The victims included an adult, two teenagers, and two young children.

The blaze broke out in a two and a half-story, wood-framed house on 208th Street around 2:30 p.m. and quickly went to multiple alarms.

Fire Department of New York (FDNY) firefighters tried desperately to reach the trapped occupants after being advised that they were still inside.

After they were located by firefighters, the lifeless bodies of all five victims were removed to the exterior and handed over to EMS crews at the scene.

Family members and neighbors were grief stricken as they stood by and watched the tragic events.

The blaze eventually went to four alarms and fire units remained on the scene hours after the blaze finally went under control.

FDNY Fire Marshals were summoned to the scene to begin an investigation into the cause.

THE ELEVATOR FIRE AT MILWAUKEE.