The fire that recently destroyed the interior of the Episcopal Church of St. John, Knoxville, Tenn., is believed to have been caused by overheating the furnace during the morning service. The fire was discovered by the janitor shortly after the close of the service. When the department arrived and opened the door of the furnace room in order to reach the seat of the fire, such dense volumes of smoke rolled out that it was impossible to enter. Great streams of water were thrown into the basement and auditorium and finally the fire was brought under control and stopped without serious damage having been done to the exterior. The interior was completely ruined. Chief Boyd said that it was one of the most stubborn fires in the history of the department and also one of the most difficult to combat. “I never saw such condensed smoke,” he said, “and this made it impossible for any human being to have lived in the building before we opened the windows at the bottom and so created a draft which in a measure helped matters. It was not until then that firemen could enter the auditorium and cut holes in the floor, so that it could not get in the walls of the structure. From long experience 1 have learned that a crisis has been reached in any burning building when fire begins to climb the walls, for this threatens the support of the topmost parts of any structure. Our fear was that we couldn’t prevent the fire from climbing the walls. The work of flames after they get into walls is subtle at any time, and of course is rendered many times more dangerous when such condensed smoke conditions obtain as was the case in the church. We found the flames climbing the wall in one place, but directed our efforts against that point and managed to defeat the climb and the resulting destruction. I desire to express my appreciation of the men for their valiant and faithful work. Every man did his whole duty, and not only the officials of the fire department, but the people of Knoxville are grateful to them for the valor and faithfulness that saved one of the city’s most beautiful structures.” The loss is estimated at $60,000. Work will begin immediately on restoring the interior. 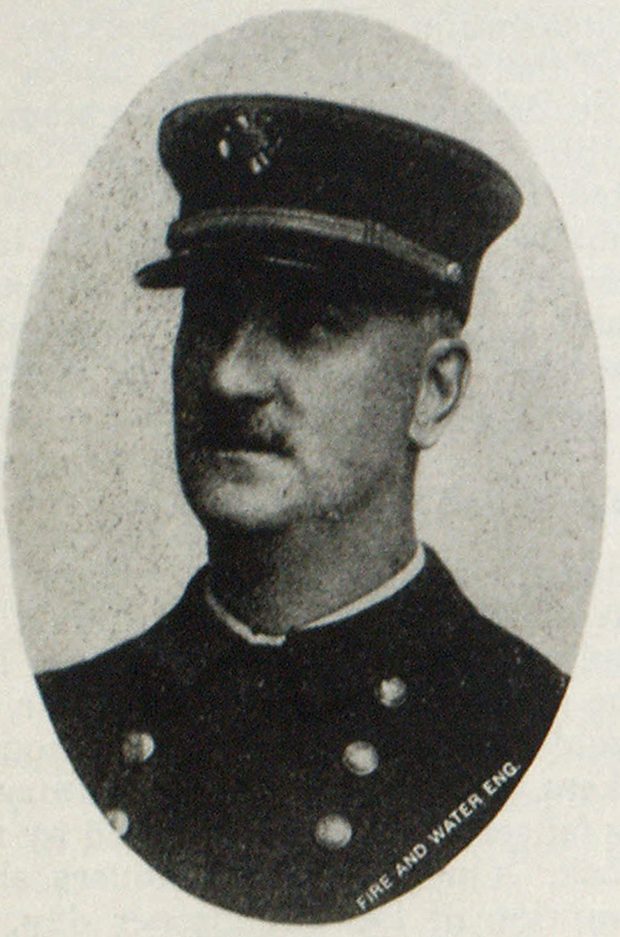 Twenty-two families were made homeless, one business house completely destroyed and two others seriously damaged by a recent fire in South Bend, Ind., which was discovered at 2.30 A. M. by a night merchant patrolman who in his rounds saw flames in the basement of the Woolworth 5 and 10 cents store. He pulled an alarm immediately and the department responded promptly under command of Chief Irving W. Sibrel, who directed the first efforts of his men to the. task of saving the lives of the many persons who dwelt in the upper stories of the Livingston Building, in which the Woolworth store was located, and the adjoining structures, which were likewise occupied on the ground floors by living apartments. The cause of the fire could not be ascertained, the manager of the Woolworth store having been through the store and basement at 6 o’clock the preceding evening and in the store at 10 P. M. Excess stock was stored in the basement. Chief Sibrel reports that six hose companies were engaged and employed two pumpers, one service truck and an aerial truck with ladder pipe. Two hose couplings, of the 9,300 feet of 2 1/2-inch hose laid, were blown off. Two fifty-foot lengths of 3-inch hose were used on one Siamese line and standard size nozzles on single lines. On other Siamese lines 1 3/8-inch and 1 1/2-inch were used, also on the ladder pipe. The fireproof walls of the lower part of the Livingston Building prevented the fire from spreading to adjoining structures on the ground floor but the upper story of the National Bank Building was badly damaged as were also the second and third floors of the next building. The nature of the contents of the stores made a dense smoke which, coupled with the fact that a high wind was blowing, handicapped the firemen considerably, but they were successful in preventing the fire from spreading to the north and had it under control in five hours from the time of its discoverv. I he loss totalled more than $100,000. The illustration on the cover shows the South Bend men fighting the fire from adjoining buildings after the floors had collapsed, and the picture on this page shows the exterior of the burned building and the extent of its damage by the flames.