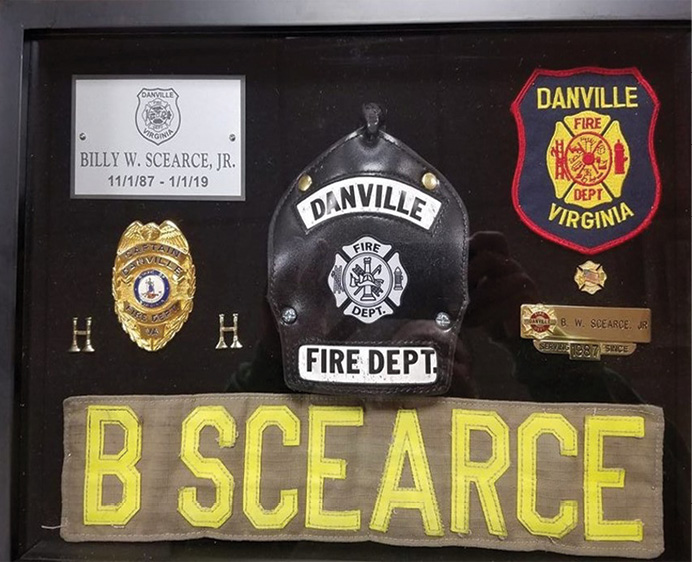 Those who enter the fire service have decided to dedicate themselves to serving and sacrificing much, if not all, for others. Most of us have no idea how much the fire service requires of us when we first decide to serve. If you work long enough to draw full retirement, then you have given the department, municipality, community, and fire service one-third of your professional life.

Depending on your department, these many years of service will take their toll on you mentally and physically. You will be exposed to things you will never forget and things that will haunt you the rest of your life. You will also be exposed to many toxic chemicals that may have an adverse effect on your health and well-being.

Retirement from the Fire Service: Five Needs for Success

Firefighter Retirement: Dreams Do Come True, But Not in All Cases

In today’s world, it is rare for an employee to stay with the same company long enough to retire.1 Properly recognizing firefighters as they enter retirement is important for many reasons, but mainly it’s the very last opportunity to show your appreciation for their dedicated service. Following are some suggestions chief officers and a department can use to show appreciation for the service and sacrifice of a dedicated public servant.

Arrange for an informal gathering so that firefighters who have worked with the retiree can say goodbye. This can be done during an official shift meeting or at a special time before their final shift together. Not everyone will attend, but it would be an appreciated gesture for those who would like a chance to talk and reminisce. A word of caution: This is not an opportunity to “roast” or embarrass the firefighter with inappropriate stories or mishaps during his career. The get-together could be scheduled as a night out at a restaurant or bar.

Hold a more formal ceremony where family and friends can come and witness the firefighters being recognized for their service. Give them the proper respect and honor they deserve. Always include the family members in whatever you do. Spouses, children, parents, and siblings should be invited to enjoy this recognition. They, too, have sacrificed in this journey to retirement. Allow them the honor of seeing their loved ones appreciated by the individuals they have served alongside.

This is an opportunity for the chiefs to present a token of their appreciation. Many departments have a yearly formal awards dinner/ceremony recognizing employees’ service over the past year. This would be the perfect opportunity to recognize retiring firefighters.

For the past 15 years, the Danville Professional Firefighters Association (DPFFA) IAFF Local 2532 has been honoring retirees with a retirement dinner. When two or more DPFFA members retire from the Danville Fire Department (DFD), the union recognizes the retirees at a formal event held usually in June. DFD members, DPFFA members, city officials, and guests suggested by the retirees are invited. Reservations are made at a local venue within the city that caters to high-end events. Each retiree has a reserved “honor” table for family and friends.

Retirees arrive at the venue in a DFD apparatus; their journey features lights and siren, signifying their final ride as employees of the department unit. The retirees are escorted to their table in the venue by the Danville Professional Firefighters Honor Guard.

(1) My shadowbox retirement gift containing my uniform and department-issued items presented on February 8, 2019, for 32 years of service to the Danville (VA) Fire Department. (Photo by author.)

The program includes a welcome address by the union president, benediction by a religious representative, a video presentation for each retiree, remarks on behalf of each retiree delivered by representatives chosen by the retirees, and a “bell ceremony.”2 Remarks are delivered by speakers chosen by the retirees. At the conclusion of this ceremony, each retiree is called to the stage and given a plaque. The retiree may have a moment to speak if he chooses. After each retiree has been recognized, one of the retirees offers a toast (Irish whiskey) to all firefighters in the room. The program concludes with closing remarks from the union president and a closing prayer.

Recognizing firefighters with a personal gift is more meaningful than being given a generic plaque. In my final years with my former department, my engineer felt strongly about giving retirees a special gift specific to their service. He took it on himself to purchase a shadowbox from a local store and design a collage of items the retiree would appreciate (photo 1). His design included a small plate with the department’s logo and the firefighter’s full name, rank, and years of service. Surrounding the plate were the firefighter’s badge, a name plate, rank pins, a leather helmet shield, a department patch (and, if relevant, patches of specialty teams), and the name plate from the back of the retiree’s turnout coat. The items were arranged in a way that reflected the last years of the firefighter’s career. Our station/shift paid out of pocket for the shadowbox and custom plate for many years. Once the department heard of the project, the chief decided he would like to provide this wonderful gift as a thank-you from the department.

Some departments give the retiree a watch engraved with his name and dates of service. This is symbolic of the free time the firefighter will have now that he is retired.

A letter of gratitude from the department and municipality for the firefighter’s many years of service to the community is another commonly employed gesture. The letter can be framed and be displayed in the firefighter’s home.

Unions and departments often present the retiree with a special ax with custom logos recognizing the years of service.

Having department members sign a card for the retiree will present the firefighter with a document he can periodically look at and reflect on those with whom he had the honor to serve. There are many other tokens of appreciation you can use to express gratitude to the retiree. The one gesture that I feel makes a lasting impression is the chiefs coming by the firehouse on the firefighter’s last shift to shake his hand and thank him for his service to the department. This token of thanks doesn’t cost a dime, but it is priceless to the firefighter. It reinforces the honor, pride, dedication, and duty to serve reflected in being a firefighter.

So Long, Not Goodbye

As the firefighter finishes his last shift, he should feel that he is welcome to come back and have a cup of coffee or hang out occasionally. Being a firefighter means you are part of something bigger than yourself. You have been a part of a family, a brotherhood/sisterhood that not many understand. You have spent as much, if not more, time with these brave individuals than you have spent with your family.

Leaving the fire service is hard for many. You can feel as if you have lost a family member or been through a divorce. The disconnect can be hard to adjust to, so it is imperative that new retirees be made to feel that they are still part of the family. Whether well thought of or considered the “problem child,” the retirees should always be made to feel welcome in your firehouse.

Depression and post-traumatic stress disorder can be real killers. Never let a retiree feel he is no longer welcome in his own home. The consequences can be devastating.

Many departments have a way to give honor, praise, and gratitude for the many years of service by firefighters. Whether it is in a formal or an informal setting, take the opportunity to do something special for them. If you’re not doing so, then take this opportunity to explore ways your department can properly recognize and thank firefighters entering retirement for their many years of dedicated service. It’s the last chance to show them their service was appreciated and worth their investment.

2. The DPFFA Honor Guard conducts the “bell ceremony.” The Honor Guard is escorted to the stage by bagpipers and drummer. The retirees are honored for their service and their retirement is marked by their last alarm or bell. This is an emotional ceremony and is adapted from the bell ceremony used to recognize those who have perished in the line of duty.

BILLY W. SCEARCE JR., FO III, EFO, MPA, has more than 32 years of fire/EMS experience. He was a trustee for the Danville Professional Firefighters Association Local 2532 (IAFF) for 20 years and an active member for 31 years. He retired from the Danville (VA) Fire Department as a captain/acting battalion chief. He is the assistant chief of fire/EMS for the Virginia International Raceway (Alton). Congruent with his professional service, he was an active member of the Riverbend Volunteer Fire Department for 20 years, where he held the positions of firefighter/EMT-B and lieutenant. He has an associate degree in fire science administration from Danville Community College, a bachelor’s degree in organizational management from Ashford University, and a master’s degree in public administration from Ashford University. He graduated from the National Fire Academy’s Executive Fire Officer Program in 2016.

Chief Kailor Not With League