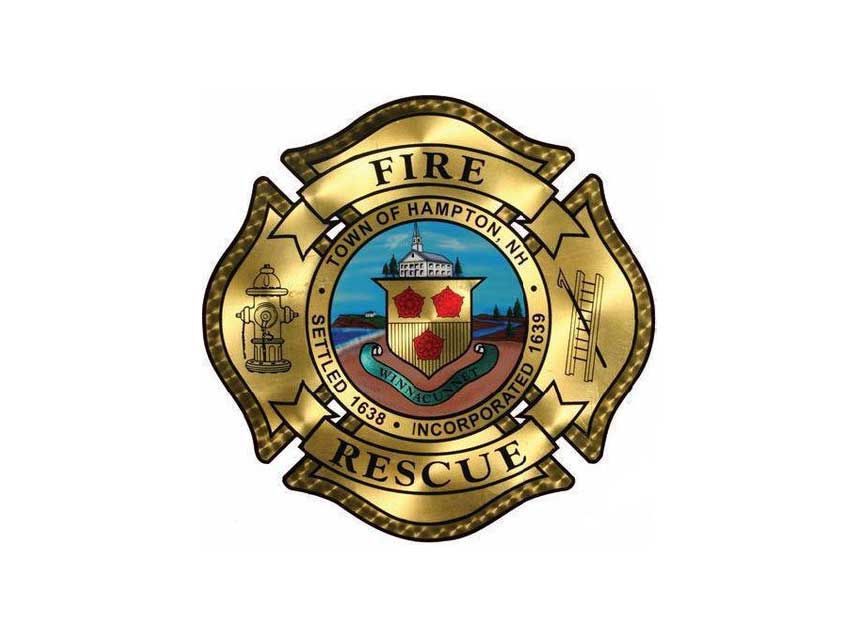 Jul. 13—HAMPTON — A study of the town’s Fire Department revealed there was, at times, a “contentious relationship” between staff and then-fire chief Jamie Ayotte and cited a lack of communication as one of the major problems.

Consultant Richard Marinucci, of Ann Arbor, Michigan, and his team presented their findings and recommendations to selectmen Monday night after reviewing the department and its management for the last four months.

Marinucci, who served as chief in three departments for over 32 years and was the author of the “Fire Chief’s Guide to Administration and Management,” was hired by selectmen in February to conduct a study after the board heard complaints from employees about Ayotte, the Hampton Fire Department’s leader at the time.

Ayotte resigned in April, with his last day on May 22, shortly after the onsite visit by Marinucci and before the completion of the study. He left to take a position as a firefighter-paramedic in Pelham. Michael McMahon was named and is continuing to serve as acting chief of the department.

As part of the study, Marinucci and his team consisting of Lisa Jones, a retired deputy fire chief of the Phoenix, Arizona Fire Department, and Bloomfield, Michigan Fire Chief Greg Flynn, not only looked at management, but the operations of the department as well as future needs.

They reviewed department policies as well as interviewed fire employees and town officials.

The report noted Ayotte seemed to “have strong support in the community and outside the department.” However, there “appeared to be some challenges inside the organization, particularly with the labor union.”

Communication, according to the report, was a significant issue. The report states Ayotte managed by MBWA (management by walking around). One employee said they perceived the communication method as a “nervous tick versus a sincere ask” and another said “Communication is terrible! We don’t meet; we don’t have a plan; we don’t bounce things off each other.”

Others interviewed expressed a lack of organizational trust and related a perceived lack of direction for the department.

The report noted the department doesn’t have a “strategic plan or an agreed upon strategy for a unified vision, mission and values.”

While Ayotte created a draft strategic plan in 2017 and 2020, the report noted, he did so without feedback on contribution from directors within the Hampton Fire Department, resulting in “low morale and concern that they were not allowed to participate in the process.”

The report called for a “culture shift” to “improve communications and involve all personnel where applicable while allowing members to work within their job responsibilities.”

They recommended the department create a communications plan and that leadership host regular and routine meetings with department staff, shift commanders and the union board.

They also called on department leadership to develop a strategic plan with input from all ranks and other community stakeholders. They said it should be a three- to five-year plan, including a mission, vision, values and guiding principles, objectives and goals.

The next fire chief, they said, should have “strong communication skills, credibility in the industry, the capability to quickly gain respect of subordinates, successful experience with labor relations, political acumen, and a willingness to commit the time expected of the position.”

The consultants recommended the department implement performance reviews immediately stating it will “strengthen relationships between supervisors and their subordinates.”

They also called for establishing clear roles for every member of the department with expectations using current job descriptions.

Senior officers, the report noted, alluded to an “erosion of chain of command and unity of command best practices.”

“Officers were frustrated by the chief taking on issues that were well within their responsibility, and the chief was disappointed with officers not solving problems that he felt they should be responsible for,” the report stated. “Much of this confusion in this area can be attributed to a lack of working knowledge of position-specific job descriptions and supervisors setting specific, measurable, attainable, reasonable, and timely expectations.”

Selectman Jim Waddell asked Marinucci to confirm that the report was written by his team with no interference from the Fire Department or town. Marinucci said that was the case.

“I think it’s important that people know it was objective,” Waddell said.

Waddell said the section in the report that stood out was the comment of lack of command and unity of command.

“I think this whole report came about because of a lack of communication and leadership, and I think it’s an area that needs to be looked at very seriously,” Waddell said. “I think it’s important that the Fire Department, the acting chief, or whoever becomes the chief and deputy, that the union, the firefighters, get together and digest this. That they have ownership in any new plan that comes up.”

Waddell said the report identified some “real weaknesses and some real problems.”

“I think it’s good that you pointed this out,” Waddell said. “I think we can take this as a jumping-off point and move ahead. To go positive and not think of the negative in the past and develop some plans and get moving.”

Selectman Chuck Rage said Waddell “hit the nail on the head about communication.”

“I feel bad all this stuff was going on and we find out about it after the fact and it’s kind of too late,” Rage said. “I think we need to communicate more through our town manager, through the selectmen because we certainly have a great Fire Department. I see them in action all over town. They do a fantastic job, but we definitely need more communication.”

Selectman Regina Barnes said the report mirrored a lot of what was brought up by fire union president Jed Carpentier in a letter to the board several months ago.

“I was glad to see that,” said Barnes, as the letter was corroborated by an objective outsider. “That is what I was looking for since it came from the people who have to go out and do the job every day.”

In addition to reviewing management, the study also looked at operations and the future of the department, including the need to develop a recruitment program to increase the number of women in the department, as well as a succession plan to identify and develop future leaders.

A number of the recommendations, including the need for additional staffing, came as no surprise to some board members.

“You have done a great job highlighting what anybody who was involved in public safety in this community for the last 20 years could have told you, and we have been telling everybody, the staffing issues need to be addressed,” said Selectman Richard Sawyer, a former police chief in Hampton.

Sawyer said the town shouldn’t have had to spend $25,000 “to have somebody else come in and tell us what we already knew.”

Consultants said Hampton has unique challenges in that its 15,495 population can swell to over 150,000 on any given day during the summer based upon estimates from road toll data, rooms and meals taxes and room availability and parking.

Consultants noted the beach area is densely populated, the buildings closer together and larger, creating a significant risk if a fire can’t be controlled quickly.

“If you don’t get there quick enough, instead of having one home burn, you’re going to have three,” Marinucci said.

National standards for a minimum response call for 16 people to arrive within 8 minutes.

Currently, the department operates out of two stations with four shifts or groups that work 24 hours a day. Each shift consists of a captain, fire alarm operator, 1 firefighter/paramedic (beach station), 1 lieutenant and five firefighters at the headquarters.

The consultants recommended the town develop a plan to increase staffing to meet the national standard.

They also recommended the town investigate hiring additional firefighters during the summer months similar to what the Police Department does in bringing in “special” part-time officers, as well as staff two ambulances June through September.

Other recommendations include purchasing a new engine and aerial device, which the department has been advocating for since 2015, as well as expanding the capital improvement plan for the facilities to include larger maintenance items like the future needed roof replacement for the fire station.

“I was looking over the recommendations and quite frankly I was surprised some of them weren’t being done,” Bridle said at the meeting. “They used to be.”

Town Manager Jamie Sullivan explained Monday night what the next steps will be.

“Now our challenge will be to take this report inside with the entire fire team and we’ll absorb it and create the blueprint to deal with where we go forward,” Sullivan said.

In total, the report made 51 recommendations.